Other Records by Kano 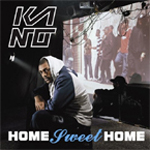 I never thought I’d actually be too worried about this, mostly because of the total lack of marketability, but it seems that grime/U.K. hip-hop is getting popular. I mean, it’s basically trying to sell a bunch of kids rapping really fast and unintelligibly over beats that sound like they were made by a retarded monkey run loose in a kitchen. And all recorded on a dictaphone. But hey, crunk is popular, so I guess standards are low. And now it appears the charismatic 19 year-old named Kano runs the risk of being entirely too popular for his own good. It’s not that grime doesn’t deserve some attention --- I really believe it’s one of the most creative forces in hip-hop today --- it’s just that Home Sweet Home isn’t nearly as good a record as some of its forbearers.

The album doesn’t really click into gear until Run the Road stand-out “P’s and Q’s,” with its staccato beats and quick, well-enunciated lines. It’s “Reload It” that moves things to another level, with Diplo ripping it up on the decks and Kano, Demon and Double D trading shit-hot verses. Diplo layers the track wonderfully, lacing in horn lines and moans low in the mix under the driving beat, giving the song a density that I don’t typically associate with U.K. hip-hop. “Typical Me” isn’t anything original, but Kano finds a good riff to loop, and he’s charming and self-deprecating enough to pull it off. Its doppelganger, “I Don’t Know Why,” doesn’t fare nearly as well, with Kano’s verse falling well short of the solid, Paul Epworth-produced beat.

Despite the hard-as-nails image of grime, Kano would probably be better off steering clear of the posturing of “Mic Check” and “9 to 5.” The dichotomy created by running straight from “9 to 5” into the sensitive thug, Streets-assisted “Nite Nite” doesn’t serve Kano well, and his clever rhymes (and, let’s face it, extremely good looks) favor the latter. Likewise, the Kanye-esque beat for “Brown Eyes” sees Kano at his most charming, and the light-hearted, brilliantly-produced “Remember Me” is easily the best on the album. It’s hard to take a 19 year-old seriously when he starts talking about the old days, but at least Kano throws out a creatively warped dance beat for “Nobody Don’t Dance No More,” even if the bottom end feels a bit hollow for a club track. Kano comes through strong, closing the album with the grand and dark “Signs of Life,” which has more than a bit of a Mike Skinner feel to the production, and the grime-tastic “Boys Love Girls” (this is begging for a Blur mash-up).

The problem with Home Sweet Home is not the weakness of the songs but rather that the whole is by no means the sum of all parts. In fact, if he stuck to a style, Kano could probably make a convincing grime album (“Boys Love Girls” and “P’s and Q’s”), a straight-up hip-hop album (“Remember Me” and “Sometimes”), or even some weird, forward-thinking thing of his own (“Reload It” being the prime example). The kid is hugely talented-his flow is tight and, in a pleasant change from the Dizzee model, about 90% intelligible-but in trying so many different things he never quite succeeds at any of them, and so he comes off as a bit hollow. Once he settles into something, though, Kano could easily take the States by storm.