1. The Black Stone
2. Crown-in-the-Muck
3. Thief
4. Vision Adjustment to Another Wavelength
5. Zodelida Caosaji (To Water the Earth)
6. The First Matter (Saturn in the Guise of Sadness)
7. The Second Operation (Lunar Water)
8. Floodgate
9. And He Built Him a Boat
► 10. Passing the River
11. The Wait of the World 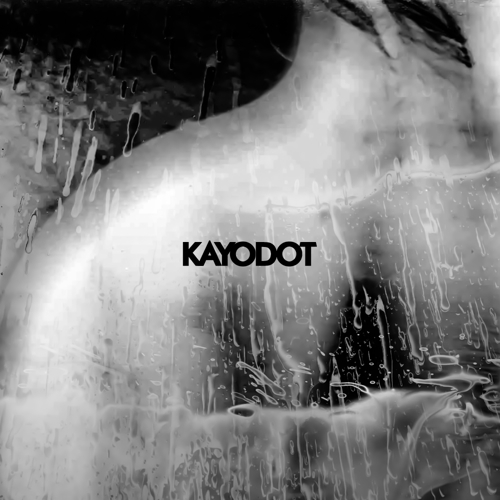 Hubardo opens with seven minutes of what sounds like Cookie Monster shitting. Glow readers may remember Corey Beasley opening his discussion of Deafheaven with the inherent silliness of black metal vocals, but the shrieks of Sunbather are pop sugar in contrast with these guttural growls from Jason Byron. Bear with them, though; frankly, they’re one of the most exciting parts of the record. Though it may be jarring, this endurance test of an opening is at once an effective palate cleanser for the triple LP journey ahead and a signal to casual Toby Driver enthusiasts that it won’t suck.

It’s been somewhat difficult to stick with the avant-garde metal auteur through various trips to the aleatoric-woodwind well, especially when he proved himself a virtuoso of compositionally complex heavy music at the beginning of the millennium. Choirs of the Eye (2003), his first record with Kayo Dot after an impressive run with maudlin of the Well, looms large over everything he’s done since. It strikes chords touched upon only by the most canonical post rock, a submerging experience that plays between turmoil and gorgeous clarity with a stunning, emotionally-pummeling ease. Driver, to his credit, has worked to escape its shadow over the past decade, but the results have been what a charitable man might call curious and a more realistic one would call aggravating.

The past ten years have found him moving away from heavy guitars and disorienting vocal shrieks, indulging instead in a sparser clanging and wailing that, while a natural extension of his compositional tendencies, doesn’t approach the resonance found in songs like “The Manifold Curiosity.” Recent Kayo Dot releases have felt more like mental exercises than emotional experiences, but just when it seemed that Driver was content to continue challenging himself at the risk of producing lesser results, he releases Hubardo, a magnum opus combining the sounds of his entire career. This means power chords and growls, yes, but appropriated into Driver’s recent, more aggressive experimentation, these metal signifiers work to a brain-melting end. Hubardo may be the most immersive Kayo Dot album in a decade, but the place it goes is somewhere less reverent than the occasionally angelic Choirs. Hubardo goes somewhere darker, and ends up playing the perfect foil. Choirs is patient and climactic but also very tight, saying its piece in five tracks; Hubardo is sprawling, angry, and ambitious, a massive record that’s at once grotesque and utterly compelling, like a great expulsion of clutter thrown at a wide canvas to see what sticks.

Hubardo stretches into several different aural makeups, from chaotic bursts to meditative piano ostinato, all with the organic movement fitting of a narrative epic. There’s a story to Hubardo that thematically ties together the album’s diverging points, even if it’s difficult to follow literally. Loosely, it goes like this: a meteor falls to earth and “forces a poet to undergo a personal alchemical transformation.” In interviews, Driver’s quick to emphasize that it’s a symbolic, superficial narrative, but it gives Hubardo an atmosphere that’s pure Kayo Dot: slightly mystical, slightly gothic, introspective, and unrelentingly dark. The atmosphere is the important takeaway—though characters and motifs appear scattered throughout the album, the sense of an odyssey transpiring in the music just outside the realms of understanding is totally immersive. Whereas a rock opera broadcasts a story and keeps the audience at the distance of spectatorship, Hubardo’s storytelling technique places the listener within its walls, involving him/her in the same mystery and wonder.

As such, the myriad turns of Hubardo feel earned despite their wild disparity. The first half of the record is pure chaos, all blasting drums, weedling saxophones, and foreign modes drilled with unapologetic relentlessness. The three-song suite of “Thief,” “Vision Adjustment to Another Wavelength,” and “Zlida Caosgi” is an exhausting trifecta that’s far and away the record’s heaviest section (and also includes one of its most memorable choruses), but on a dime gives way to its softest. “The First Matter” changes the album’s character instantly: it’s a soft and slow plodder, heavy on bass and nasty synthesizer, part of a two-song eye-of-the-storm with “The Second Operation” where Hubardo feels, for lack of a better word, safe. Not “safe” in the artistic sense, but “safe” in that they’re the only tracks shielded from the chaos the record spent its entire first half establishing. And it’s super welcome, too, considering the following track, “Floodgate,” with its chromatically sliding horns, demon growls, and seemingly crash-cymbal-exclusive percussion, sounds like astral death.

But then the record takes yet another interesting turn: it gets a little cheesy. “And He Built Him a Boat” centers around a sweeping, practically power-metal motif, Driver chewing a crucial piece of the Hubardo narrative while buoyed by a choir of backup-singers. The song feels most indebted to Driver’s prog-rock roots in all their ripe-for-parody seriousness, but Driver has no interest in irony; on the contrary, the chanting background vocals and devil-horn baiting motif make the song easily the most fun on the album. When Driver breaks off the melody to whisper-shout “HE SACRIFICED FOOD AND REST FOREVERRRRR,” it’s an unexpected concession that even though Kayo Dot may be one of the most serious acts around, they’ll do whatever’s necessary to convey the tone they want. On “And He Built Him a Boat,” the tone is that of triumph, as the protagonist seemingly decides to no longer fight the alchemical transformation of the meteor but embrace it with the vigor fitting of a prog-rock victory epic.

“Passing the River” follows with the somber reality of this choice. It starts with a softer bounce, reiterates its main motif in a loud, wrought middle section, and concludes with a description of the protagonist surrendering to the weight of his choice. It’s a natural conclusion for the album, but Kayo Dot instead end with “The Wait of the World,” which jarringly includes funky horns, odd time-signatures, and an extended jam section. The track is sonically separate from anything else on this record, yet doesn’t feel out of place. Hubardo is an album of ambitiousness, every detail teeming with the craftsmanship that went into its inclusion, and “The Wait of the World” is Kayo Dot flexing their muscles, concluding the record with its longest and strongest stand-alone piece. Narratively, it can serve as a kind of epilogue, but if so, it’s the sort of epilogue where the narrator reasserts his presence.

Rightfully so: Hubardo is many things, including a serious contender for heavy-record-of-the-year, but what it is most prevalently is the return of a masterful band to form. Hubardo certainly weaves pieces from Kayo Dot’s experimental middle-period, but rather than detract from a formula that gave them their most winning record in Choirs of the Eye, it expands upon the palette. Hubardo is a beast that’s difficult to imagine the band producing without years of seasoning, and as such, is certainly a worthy retrospective of Driver’s career. A jam session that showcases their technical prowess and compositional wizardry is not only a final stunning bit of Hubardo, it’s the victory lap Kayo Dot deserve.