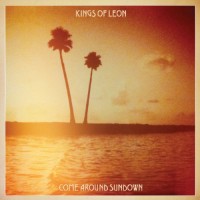 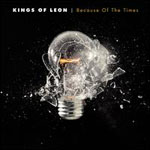 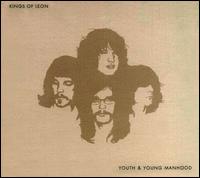 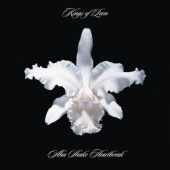 The Kings of Leon have shaved their facial hair. Their lengthy locks and skin tight t-shirts remain, but recent press photos have found their handlebar moustaches replaced by leather jackets; resulting in a new resemblance far more akin to The Strokes than extras on the Dukes of Hazard. Whether this has anything to do with the surprising quality of their sophomore record is up for debate, but the new look makes lead singer Caleb Followill appear at least five years younger, and far hotter.

The first Kings of Leon record was a mélange of lifted Stones riffs and goofy Southern rock posturing that, while at times enjoyable, was severely limited in scope. Although Youth and Young Manhood (2003) benefited from a handful of piping hot singles (“Red Morning Light” in particular) and Caleb Followill’s amusing Gregg Allman-by-way-of-Brian Johnson growl, most of its songs consisted of interchangeable dive bar rock only differentiated by the choruses. Certainly Kings of Leon didn’t appear to be an outfit primed for artistic growth, and had Aha Shake Heartbreak simply contained more generic tunes about "givin’ all your cinnabuns away-hey!’ (what I think is being said in the chorus to “Red Morning Light”), it probably still would’ve sold a bunch of copies in the U.K., where Kings of Leon are inexplicably more popular than they are in the States (re; NME hype).

Kings of Leon are the last band I would have expected to make a second album wholly different than their first. So how come Aha Shake Heartbreak is not only much better than Youth and Young Manhood, but arguably one of better albums to be released this year? The first difference to immediately come to mind is song structure in the sense that ASH’s tunes no longer always opt for the simplest path between A and B. A good deal of these songs don’t even have proper choruses, and the obligatory AOR guitar solos that cropped up on nearly every Youth track are now used with far more economy.

Furthermore, it simply seems like Kings of Leon opted to digest a slew of different (and better) influences this time around. Compared to their previous album, the songs on ASH are shorter, more angular, and designed to work within the context of an entire record as opposed to a batch of unrelated singles; it's an approach surprisingly closer in sound to Pink Flag than Sticky Fingers. Only four of these twelve songs are over three minutes, and each of the four opening tracks is particularly compact and feisty, relying on minimalist riffs and virtually comprising a four song suite. And would you guess that the first minute of “Slow Night, So Long” actually bears a striking resemblance to the introduction of Joy Division’s “Love Will Tear Us Apart”? The song eventually morphs into a jaunty (if brutally honest) tale of underage groupie love (“She’s sobering up / It’s like she really knows me / I hate her face / But enjoyed her company”), but Jared Followill sounds like he’s auditioning to play bass in New Order the entire time, which is unquestionably cool.

ASH’s is a far more subtle record compared to Youth and Young Manhood; it’s not as immediately hooky, and individual songs like “Taper Jean Girl” and “Pistol of Fire” don’t sound nearly as good in isolation as they do sequenced side by side. That said, ASH does contain a handful of songs that would make for excellent singles provided they were a little less risqué. First single “The Bucket” is pleasant enough pop, but the real gem is “Soft,” which somehow sounds like a mash-up of Interpol’s “Not Even Jail” with The Strokes’ “Last Nite,” and contains Caleb Followill’s delightfully bawdy proclamation that he’d, “Pop [himself] in your body” and, “Come all over your party,” were he not “Soft.”

Kings of Leon haven’t exactly changed their lyrical subject matter over the course of two records, and anybody who’s accused Followill of misogyny in the past will find very little here to change their minds. However, he’s improved as a vocalist, if only because he sounds hungrier than ever before---especially prone to growling vocal freak outs and mispronunciation, but not above an occasional yodel (see: the chorus to “Day Old Blue”).

It’s to Kings of Leon’s credit that they no longer seem like a marketing gimmick tailor-made to grace the U.K. hype mags. The rail-thin, mustachioed boys of Youth and Young Manhood have seemingly evolved into an actual band capable of writing a good album drawing from influences other than 70’s rock radio. With shorter, tighter songs far more reminiscent of 80’s post-punk than Southern AOR, Aha Shake Heartbreak can only be considered a pleasant surprise.