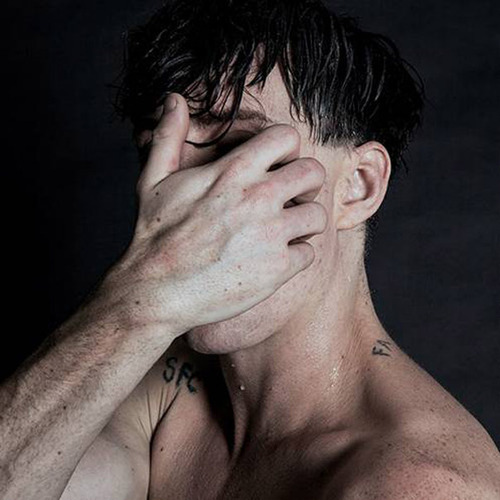 One could be forgiven for doubting this would ever happen: that Kirin J Callinan, the Australian noise guitarist and in-concert agitator, could commit himself long enough to the studio to record a proper debut, one that stands apart from his various shenanigans and refocuses his energy—if only for forty-two sinewy minutes—on actual music. Callinan’s first year as a solo artist, following the surge of acclaim for his Romanek-indebted debut video “Way II War,” played like an unsettling riot of reasons to thoroughly root against him. Last October, after his first American show in Brooklyn, Jon Caramanica penned a conceptual hate piece in the Times that reduced Callinan’s bête noire stage presence to a punchline: “You look uncomfortable, awkward, maybe a little unstable…you probably read some Brecht.”

So in January, like a child newly-buoyed by the magnified effect of bad behavior compared to good manners, Callinan thought up an aggressively tasteless festival performance in which strobe lights and rapid-fire imagery (including several photos of his genitals) would flash before an epileptic audience member to purposefully induce a seizure. While event organizers cut the show shy of its intended effect, the attempt rivaled an oil spill for pure reputational fallout. Embracism is thus an achievement for even existing, its title a cheeky riff on the general public’s rightful hesitance to consider Callinan as any kind of legitimate artist. Comfort with his work, as this album shows, is something to be measured, studied, and practiced.

The first hurtle is his voice, a big-mouthed Aussie baritone in the tradition of Nick Cave and Midnight Oil’s Peter Garrett. It wallops and terrifies throughout the record, adding a layer of either grotesqueness or depth to everything he says. On the title track, which draws brute parallels among boyhood roughhousing, athletic combat, and homosexuality, Callinan offers an absurdist bridge with typical drama: “A man can meet another man in a bar / On the sportsfield / At his place of work / Or in his own apartment / Or on the Internet right now!” It’s part humorous, part terrifying, all fascinating—a true exercise in gonzo camp perversion that’s reinforced by electric gurgles and glitches in the paranoid backing track. About half of Embracism follows this model, a curious pairing of impassive, percussive synths with the wrought emotive quality—pantomimed or otherwise—of Callinan’s uncanny vocals. “Come on USA” melds tinny accelerating snares with a stomping Pretty Hate Machine (1989) hook while Callinan confesses that “I always cry / When I listen to Springsteen.” The slinking “Scraps” writhes about menacingly like an insect that won’t die, and the dance assault “Stretch It Out” sounds like that same creature grown twice as tall and come back to kill its aggressor. Such tricks underline the difference, at least artistically, between maturation and evolution.

Somehow more startling, above the bizarre content and standoffish production, is the other character that emerges on Embracism: Callinan the singer-songwriter, a mode into which he casually slips like discarded skin. Producer Kim Moyes, a renowned Australian electronica artist as well as Callinan’s accomplice in the epilepsy prank, explained that he pushed Callinan toward the hard and atonal textures of songs like “Embracism” by moving him away from the anthemic and approachable alt-arena rock he developed on his own. That these two sounds sit side-by-side on this record is beyond jarring, one a relic of a persona Callinan is primed to escape and the other a future for which he’s not yet finalized the syntax. Perhaps, in fact, it’s the jaggedness of his electronic sound that makes the organic sound so comfily indelible, almost deceptively recognizable: the soaring “Victoria M.” brings to mind the Cure’s “Just Like Heaven,” all the earnest mascara in place, while “Love Delay” is like “Heroes” refitted with newfound urgency and a guitar pedal. “Landslide,” meanwhile, is an absolute stunner, a sparse and Cohen-esque soul ballad, built of plaintive piano chords and drunken, wistful guitar. “Further downstream we’ll be courted / By the trials of the landslide,” Callinan sings, a heavy lyric he delivers with poise beyond his twenty-seven years.

If this album works, it’s because of moments like “Landslide”: those that cut through the density of an artist in flux, one susceptible to myriad influences, managerial grumblings, and producer cues, overeager to pass off his work as undeniably unique. “Halo,” the last song completed for the record, is another such victory. The music pulsates in line with Callinan’s phrasing and uses his syncopated voice as a sleek weapon—he breaks in and out with a chanted chorus as the song glides through its mechanic scenery, crafting a smart compromise between songwriting and experimentation. In other places the record is interesting but off, an easy critique for those dismissive of Callinan’s entire act or incensed by his extracurricular kinks. But as his debut, however many years in the making, Embracism is the right time to have little sense of refinement and perhaps too much in the way of unearned ego; Callinan’s error isn’t so much in reaching for such disparate directions as in assuming the result to be whole. He comes off here as the nascent provocateur he is, desperate to shock yet stripped for the first time of his most reliable device—the visual—and thus drawn to the extremes of either unexpected sincerity or unpalatable aural debilitation. As a result, this record gives his naysayers exactly what they fear and his fans exactly what they want: not just a beast, but one with two heads.