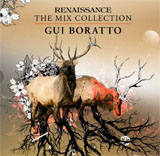 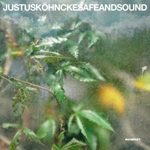 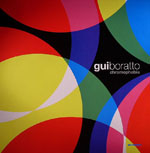 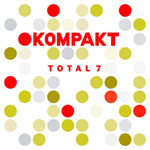 When I was younger I used to hate that moment when a deejay would head off the deep end, plunging into mostly instrumental and unfamiliar pieces. As I got into deejaying myself, however, I realized two things: 1) most of the shit they played sucked because it sucked and not because electronica sucked and 2) the deejays sucked because they had no sense of how to construct and deconstruct tension and release for a dancefloor. But, I mean, people still listen to and love Tiesto, which is all glory notes, and they usually don’t love it when I mix, say, the Pop Group’s “She is Beyond Good and Evil” with Shinjuku Zulu’s “Make Me Shake,” so there’s different strokes for different folks. Nobody is going to get very far assuming that playing all Kompakt artists all the time is going to get people dancing anymore than it’s going to maintain their street cred—the best sets understand that house or microhouse isn’t the filler between your pop songs and that pop songs aren’t undesirable just because people like them.

What makes something like Kompakt’s comps work, then, is the fact that the veteran label’s artists manage to tread that thin line between funky dance music and detailed experimentalism. Even diehard fans shouldn’t make too much of a case about vast differences between the sounds of its artists (I mean, really, the label deals in a sound, and that’s what you’re going to get with Total 7, just like you did with 1 through 6) but, given the amount of artists they harbor, they certainly are more dynamic than most. Hell, it must be great to be Kompakt: just ensure that your artists release at least one phenomenal track a year, compile all of those phenomenal tracks, release on CD, enjoy your continued relevancy. I mean, I don’t want to deal in stereotypes, but there’s something to be said for German efficiency.

Kontrast and Triola open the set with by-the-numbers examples of how Kompakt gets its groove back every year; shimmering synths and slick basslines roll through the usual erogenous zones to make tracks too obvious to be classics but too bumping to offend. The set really kicks off with “Arquipélago,” Brazilian producer Gui Boratto’s incendiary submission to the relatively new Kompakt offshoot K2. Blocks and hats rumble around a muck of organ, splattering fissures of echoes across the backsplash. Boratto’s been making waves not just for his cosmic sense of timing, but for his attention to detail—the slight shifts in percussive accents, the way the organ growls and flirts, and the way frequencies dodge in and out (all things evident on “Like You,” his other comp track which opens the second disc). Justus Köhncke keeps things grooving, faking a slick techno intro before dropping into his signature style of quirky rhythmics and building dynamics. While this is no “Timecode” (his brilliant single from last summer, and what is, really?) “Love and Dancing” preens at the same velocities, pairing meandering beats with hyperdrive melodies that flit in and out until everything forms like Voltron for a surging coda. Thomas/Mayer lob “Sweet Harmony” at you in small portions: a handclap, a cowbell, a kick, a bassline, it all slowly aligns into the most purely joyous piece here, flipping equal parts clever percussive techniques and going-steady melodies and folding them into the kind of dance track that should be held up as a “how to” workshop.

The rest of the first disc tows the line for the most part. The Modernist’s “Pearly Spencer” employs some interesting vocal melodies over a quick-limbed synth attack that goes up where intuitively it should go down—fascinating, but it takes a while to get going as a dance track. SCSI-9’s “When She Said Goodbye” faces a similar problem: the playful vocodered samples make for a listen, but the track is sweeter than it is joint loosening. While I love a pretty melody, I think this thing would just confuse most party audiences. Superpitcher does Superpitcher like Superpitcher doing Superpitcher, and since that’s always pretty awesome, who am I to complain? DJ Koze works out the oddest disc 1 offering, employing delicious dub accents and a flurry of horror movie soundtrack effects in the service of whatever “Getreide-Phunk” means. It sounds wicked, even if this would likely clear a novice dancefloor. “Wombat” sounds positively euphoric afterwards; the Wignomy Bros. challenge the micro- in microhouse by opting for some nice bombast on an otherwise contained comp. Mikkel Metal slows things down to an icy experiment, unfortunately, but the Rice Twins manage to awe with the out-there spunk of “For Penny and Alexis,” which, unlike the tracks of many of their Kompakt compatriots, is allowed to have different sections and feet and wings, soaring and pinned to the concrete at the same time.

The second disc is even better. Wasserman the veteran plays shit cool, but the overwhelming addictiveness of “In Tyrannis 2006” makes for a warm journey. Hesitant vocals enter over the throaty bass as snares are thrown across the channels, punctuating phrases. Robert Babicz’s “Sonntag” starts as a flurry of well-programmed percussion and a phased bassline before the track breaks, highlighting a jilted synth phrase. As all parts join together, Babicz sifts neat little drum fills into the mix. The track never quite coalesces, but that’s the point, like a dancefloor with blindspots and uneven floors. Steadycam rock kick and bass lockstep while high hats gibble overtop. The different sounds enter as functions or echoes of the others; the song plays like a childhood game of telephone, each piece a herald for another, the percussive equivalent of a game of jacks. On “Take That,” Jürgen Paape performs his usual operating table obstinacy, precisely dividing drums and bass into 4/4 couplings and regulating slick synth work overtop, slowly adding more pieces to his puzzle. “The Happy Monster” sees Hug toying with distorted bass and synths over a freakishly upbeat onslaught of acoustic sounds; eventually it all disintegrates into some wicked industrial out shit before collapsing back into a deliciously funky ending.

While still pumping, the middle drags a bit after all of this exploratory stuff; Axel Bartsch and Reinhard Voight both offer addictively simple tracks that follow the rave fake-book, and Thomas Fehlmann’s “Saft” groans with an insistency that would be more compelling if it wasn’t fairly similar to Ekkehard Ehler’s “Plays Robert Johnson (2)” (2002). The Field start slow but soon flange their atmosphere and incorporate some Allien-style vocal treatments. My favorite track on the album (which, fine, betrays the fact that I prefer bombast to Kompakt’s often-compact style), “Over the Ice” works its way brilliantly between quiet reflection and undulating emotion. Oxia follows with “Domino,” another fairly obvious piece, but with such a lovely melody it’s hard to fault it. It’s a great contrast to the beautiful “Melanie” by Jonas Bering which ends the comp; Behring sets his synth on “heartbreak” and manages to make even those hissing pipes sound like the saddest story ever told.

So it’s good, just like last year’s comp is good. That may not seem a very exciting conclusion, but all the things I could say about the importance of Kompakt—their utter devotion to the proliferation of microhouse, their diverse coterie of artists, their unending commitment to those artists—have all been said before. This is experimental music, (mostly) danceable music, great music, and while it isn’t a great leap forward for the label, Kompakt always maintain a certain quality, which means it’s hard to criticize them for running the same plays. If they always get the touchdown, if a thing ain’t broke, if I’m still loving every little thing they put out…well, you know.