Other Records by Kría Brekkan 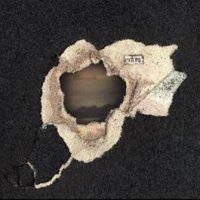 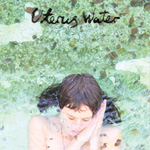 Hankering for new Grouper material, but can’t swallow the clanking mechanical preview that Liz Harris leaked onto YouTube? You need Kristín Anna Valtýsdóttir, and a dictionary to help out with Icelandic pronunciation. As one of the twins who fronted múm Valtýsdóttir made her name with vocals: the breathy, crystalline twee type that almost saved her country from ruin. Then she hooked up with Animal Collective’s Dave Portner and promptly absconded to Chinatown, warning neighbours of the need for adequate insulation as they both began jamming together. In 2007 they released Pullhair Rubeye, which Portner himself described as “a combination of being stuck in NYC for Christmas and seeing that new David Lynch movie,” with each song playing backwards. The first Kría Brekkan reviews were therefore a little lopsided—ranging from “genre-busting rug-puller” to “Emperor’s new clothes (bargain bin)”—and with Valtýsdóttir in control for the return EP (hubby absent, presumed successful) things can only get weirder.

Or can they? Uterus Water sees her toning things down to three fractured spook stories like something remembered from Bible Time—barely even a sprawler at seven minutes plus—and, this time, the title’s probably the biggest upset to proceedings. The record’s first piece, the titular fluid, is (and this sort of depends on your income) either ice cubes tinkling in a cool Mahiki cocktail or, as I prefer to think of it, ship’s chains. Full of rain sticks and tape dirt it may be, but make no mistake: it definitely plays in the proper direction, complete with the right cassette noises. Valtýsdóttir’s signature pixie wheeze is downplayed neatly, luring you into a chilly trap with a line or two of Portner’s guitar. It’s an oddly timeless three minutes, seconds rolling by like blocks of ten seconds, and by the time the warble dies in the mist you’re left feeling like a Ouija board survivor.

What you need now’s a lullaby, or at least the sound of Björk being comfortably trapped in a jar. Step forward “Place Of You”: the deep piano is a folk-friendly buoy between two very brittle murky islands. Here Valtýsdóttir’s voice gets a little tighter, helping to scaffold a tingling school hymn as she coos about “I lay down place of you.” The pillow-talk and voyeurism notch the temperature up slightly, showing us even Icelandic Ice Queens like to unfurl their toes as they stretch under coldly starched sheets. As vacant as a ghost and as crotchety as the past, it’s a track that might have been considered for The White Ribbon (2009) OST if the producers wanted a less ominous picture.

Which brings us to “Ribbon Bow” and the return of Valtýsdóttir the Geisha, her ideas comfortably back to geek’s teeth crookedness. I really can’t think of a palpable film reference for these concluding ninety seconds, but if Stanley Kubrick had made the twins from The Shining sing the Clockwork Orange theme then you might get an idea of its ancestry. Here the delicate Kría Brekkan wailing is thinner still, wrapped in a sleepy diving bell buzz and floating down to earth like dead angels. The more prominent piece in this three-tile puzzle, it pushes the ethereal quality of Valtýsdóttir’s world home, perhaps justifying the previous album and the dark bits here as tunnels leading to a light. She’s removed herself significantly from her last band’s output (múm’s Sing Along to Songs You Don’t Know [2009] would shit its twee pants off at this, unafraid only of its thousand vinyl run), and any Yoko comparisons by Animal Collective addicts should collapse after two or three listens. If you’ve got a past, or thought the Silent Hill franchise could’ve used more fairies you’ll get where Valtýsdóttir’s coming from, and can cut loose and drift into Uterus Water. Now that really is something grand happening backwards.