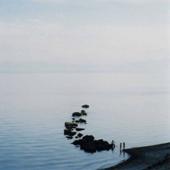 No Man is Land

I’m starting to think there may be something in the water in Calgary. As a born and bred Edmontonian, I see that this, or some other equally conspiracy-tinted theory, is what will be required for me to accept the caliber of musicianship coming out of this rodeo-centric, gentrified, oil-drenched metropolis, which just so happens to be embroiled in a bitter, endless blood feud with my own hometown.

I mean, not that I care. Civic rivalries are ridiculous. But when the cities in question are really just two manifestations of the same identity—one the blue-collar conservative, the other the greasy oil-fed business guy in a three-piece suit—the craziness gets irresistibly next-level. I don’t actually know why I’m supposed to like Calgary any less than Edmonton, and I’m not sure there’s a single major issue that the two municipalities disagree on, but it doesn’t matter. This shit is in my blood.

Not just mine, either. “The Battle of Alberta” not only has its own entry on Wikipedia, but it is not a stub. A cursory search on Facebook reveals at least six groups called “Edmonton is better than Calgary” (plus one called ”If u think edmonton’s sports teams are better than calgary’s is an idiot.”) And while for most the feud is really just about hockey—kind of ridiculous considering that both teams seem to have dwindled into suckdom over the past couple decades with the ever-increasing player salary caps and poor trading and, like, whatever—when this root has dwindled to irrelevance, veins of animosity still run thick and quiet through these two cities’ anatomies, wrapping tendrils around various scenes, clubs, post-secondary institutions, and anything else that can be subjectively sized up and deemed better than something else. There is a heavy, ubiquitous cloak of civic pride draped over Alberta. This mindset, I believe, is at least partially responsible for the embarrassing fact that, for the longest time, I thought Calgary’s music scene sucked.

But then again, I’m pretty sure it kinda did for a while. On a weekend visit in 2003, all the show posters seemed to spell names from our own city. Maybe Calgary had Chad VanGaalen, but we had a bunch of bands ready to just burst out of their Albertan confines—Daft Punk acolytes Shout Out Out Out Out, the ubiquitous Cadence Weapon, and even a group that Rolling Stone called “the next big Canadian supergroup.” (No, nothing much came of that.) As it turned out, though, Calgary was also incubating a glut of ridiculous talent, so much of it that it was distending the womb. In the past few years, this chamber has burst wide open. Calgary brought us Women, BRAIDS, whiskey balladeer Rae Spoon, the creepy-cute Azeda Booth, Flemish Eye signees Ghostkeeper, croony favourites Woodpigeon, and Cat Power’s evil twin, Jane Vain. Then there are the incredibly good up-and-comers: Extra Happy Ghost!!!; Deadhorse;. Friendo; and so, so, so many more.

The city has also produced a number of startlingly unique and beautiful voices: Raphaelle-Standell Preston’s (BRAIDS) whip-lashing howls, Jordon Hossack’s (Azeda Booth) childish falsetto, and, oh yeah, Leslie Feist. Ready to be added to their ranks is Kris Ellestad. His debut, No Man is Land, has me guessing that it’s honey the Calgarians are gargling with, because there are some seriously dulcet tones laid atop these shimmering, acoustic beds. The guy’s voice is gorgeous. Imagine David Thomas Broughton’s thick, deep warbles pulled thinner, pitched up and purified. Ellestad’s songcraft is pretty finely honed, too; strings and precisely plucked guitar tones buzz and hover around his vocal syrup without ever swarming in to obscure that central instrument.

No Man is Land is unquestionably a folk album, and anyone working within the idiom of folk will have to grapple with the clichés that define the genre: the obvious cadences, the predictable thrum and slap of a palm against an acoustic guitar, the campfire culture that lurks behind the unplugged instrumentation. Ellestad certainly doesn’t shy from these tropes. The strumming patterns, the orchestration: they’re tried and true. Stomp-and-clap anthem “The Secret” sounds so obvious, it’s hard to believe no one else wrote it first—but I actually mean that in a good way. It’s that old saw about making it look easy. Even the album’s one post-structuralist fuckaround, “Desolate Sound,” still acts as a showcase for a number of whimsically named folk instruments (the munnharpe! The singing bowl!) to stretch and uncoil along a finger-picked guitar track. Done poorly, this is exactly what the world doesn’t need: another dude with an acoustic guitar.

But Kris Ellestad does it well, brilliantly at times. His guitar skills are formidable, and his lyrics are half-lucid, weirdly evocative, and occasionally even biting. “You’re sick of me / Well I’m sick of you / Getting sick was my idea / I did it first” he spits with real malice on “You’re Sick (Of Me)”. And in folk-punk tinged “In the Meantime,” he has the audacity to sing “fuck you” about fourteen times in a row. This fearlessness and blind ambition is what leads to the occasional stumble, but it’s also what allows Ellestad to keep the listener interested for fifteen tracks. There’s a lot of variation within the confines of folk’s traditional timbres and meters. Opener “Hour of the Rat” is a yodeling mess of flutes and nasal trills and big, echoing drums, “Niko” is a beautiful Bon Iver-esque piano ballad, and there’s the gently rolling folk waltz, “Run Me Down.” Ellestad increasingly hits his stride over the course of the album, closing in on the album’s final six tracks, which make for a triumphant and beautiful third act.

Ellestad makes the music that I wish were more closely associated with Alberta, honest and heartfelt and organic, something as beautiful and tangled as wild prairie grass. This album also happens to be a personal tipping point, having finally nudged me from grudging respect to outright adulation. Say it loud: I love Calgary (music)!

And I love that it doesn’t matter, in the end, where this came from. Ellestrad clings to the one cliché of folk that its practitioners never try to escape: done right, this music is universal. This artist makes songs that are undeniable, made from the instruments and sounds that surround us, that are us. He shows what can be done with just the wires on the fretboard, the sticks in our hands, the bellows of our lungs.