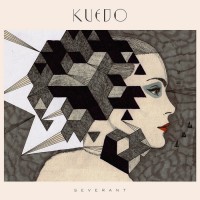 As half of the celebrated UK dubstep duo Vex’d, Jamie Teasdale, known for our listening pleasure as Kuedo, first made a name for himself digging deep into the aspects of the genre that more often than not make me feel like a nerdy kid in gym class. Particularly following such late-in-the-game claims as James Blake’s identification, in his recent interview with Pitchfork, of the current “fratboy”-friendly aspects of certain mainstream incarnations of the genre, it’s been more valid than ever to assume that some time in the proximate past the dub camp rather definitively split itself along the kind of cliquish lines that would satisfy any reputable high school cafeteria. Vex’d embellishes the technical details of that divide with permanent markers, highlighting a split that can be reduced into the typical evolutionary dance music dichotomy that has emerged in most genres: the divide between the “deep” and the “hardcore.”

In the time that “deep” dub icons like Burial and minimal masterminds like Andy Stott have become my relative pied pipers of preference, Vex’d has gone above and beyond in marking the divergent territory—exemplified by the wonk-heavy dark side of dubstep and the UK garage sound—by relying heavily on huge wobbling bass, blast-fast kicks, and sharp-as-knives, tech-hardened two-stepping in the higher range of their respective BPM scale. They also emerged toward the end of that sound’s turn-of-the-millennium heyday, and in doing so were able to dig into enough shredded evidence to have no trouble turning out something genre-definitive while still finding the time to climb the pile of retrospect to see far enough over the edges of the box to put some twists on an already familiar affair.

I dwell on the past for good reason, because I get the feeling that somewhere along the line Teasdale and I started to share a certain frame of mind. It’s a function of my professed bias no doubt, but I’ve always viewed the deeper side of most dance music genres as the side that most readily welcomes innovation, as though “deep” defined as much an intellectual space as it did a physical one. As accomplished as Vex’d is, obviously even to someone with a decided distaste for their style, it seems that their focused strengths weren’t enough for the restless mindset that eventually metastasized and transformed Teasdale’s effortless but one-sided Bruce Wayne-ish purity into the electronic superhero Kuedo.

It’s unfair to keep a consideration of an artist’s work isolated in the shadow of their other distinct incarnations, particularly in the situation of solo vs. collaborative work, but it isn’t irrelevant to note that throughout Severant Kuedo is everything that Vex’d isn’t. His tunes are immediately dense with layer upon layer of funk-flirting melody, his beats both stylistically untethered and idiosyncratically unified. I’m pleased to see what I’d consider to be a trend for more talented beatmakers—that is, to be unafraid to dive into the melodic spectrum (Burial notwithstanding, also see the prismatic icicle sheen of BNJMN’s 2011 work)—and Kuedo’s lush tunes are a perfect example. On the whole, Severant is a record of successful contrasts: cold hardcore tech meets delicate twinkle and shine (“Scissors,” “Reality Drift”); verbose beats punctuate patient, glowing spaces (“Ant City,” “Seeing the Edges”); a classical harmonic sensibility bubbles up from electrified sci-fi soundscapes (“Whisper Fate,” “Flight Path”); both the organic funk of good hip-hop and the lightspeed careen of breakbeat wizardry complement one another (“Ascension Phase”). There is formality and freedom between these lines, and it’s a hedged bet that makes Severant an immersive adventure through an organized tour of techno’s current crossroads.

Also commendable is just how melodic Kuedo’s tracks are (unabashedly so) without the overt implementation of vocals. It’s a rare thing how it manages to be both accessible and inclusive without giving in to any of the current trendy concessions, all the while demonstrating the practiced purist’s taste for measured, genre-specific experimentation. Particularly, Severant gives me that warm, fuzzy feeling that maybe sometime in the foreseeable future I won’t have to worry so much about asking confused strangers whether they’re a Windowlicker (1999) person or a Come to Daddy (1997) person when it comes to a considerate appraisal of Aphex Twin’s catalog—which is positive if only for the fact that I’ve no desire left to be chased by either people in white coats or people in blue hats. In offering me that peace of mind, Kuedo’s extroverted acrobatics seem to speak of a time of less division and paranoia, and it almost goes without saying that such a sentiment is something worth embracing at the moment.