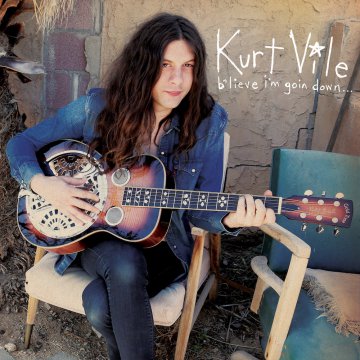 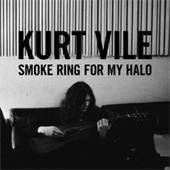 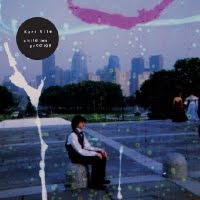 Word has it that Childish Prodigy has been making the rounds for some time, finding the right home for its outstanding irregularity in a market dominated by pretty, animatronic young people with wood-grain guitars (that’s acoustic). It’s a big step for Vile, at the least and arguably a game-changer for what it means to be young, underground and singing with your guitar (or alongside your guitar). Because Vile does that; he also touches on a hundred other things your regular McHighwayman might deem uncouth. Mostly, Prodigy is an exceptionally dense record—in its layering of sounds it’s hard to miss the influence of Loveless (1991), more impressive even to think that such a totemic wave of noise could be so deeply ingrained into Vile’s music and not so much as an extra appendage or platform for some acoustic guitar shit but instead as a vital part of sound that’s graceful and messy and then of course is everything in between. I’m doing a lousy job of making this record sound listenable, but it totes is.

What’s immediately clear is that here at last is an artist who won’t be pigeon-holed. None of his big indie debut is strikingly weird, but all of it plays against our expectations of a guitar-savvy kid just letting loose with a full band. Because—and there’s no two ways about it—this is a full-band record: the Violators dominate seven of the ten cuts and are never nothing but colossal. “Hunchback” in particular is a highlight with its two-chord blues coming down like a cross to bear; or take “Amplifier,” where zap out of nowhere we get a flying trumpet solo, which is not to speak of the drums trampling underfoot, a real chug-chugging rhythm that’s also picked up again on “Freak Train.” This stuff, along with various references to being on-the-fly (like when Vile begins to gab lyrics off his earlier records), ties into the basic theme of the record, which…and drumroll, please…is basically that Kurt Vile is a Childish Prodigy. Ker-splat.

Imagine if Tom Petty was a cussing smart-ass who one day just happened to join Sonic Youth when Thurston died after Washing Machine (1995). Sure, Kim Gordon was not best pleased, but, with no doubt about it that Thurston’s taller and (sorry, Kurt) sounds like less of a loser, this Vile guy at least isn’t falling asleep. His voice isn’t so much a part of a song as it’s disembodied above it, doing a little dance. On “Dead Alive” he swallows and stretches syllables in odd places; he takes the phrase “you better rewind” and literally “why-ay-ay-ay-nds” it atop speeding guitar curlicues; he shouts, “What was that?!” and you believe his anger. When, on “Freak Train,” he turns up a false trail with a motorik pulse that stretches to almost eight minutes of pedal effects, it’s his delivery that continues to breathe life into the mix and make things interesting. It’s street smart, it’s muffled, then clear, then too loud, pulled back, fast-slow. “Living like you just don’t care”: Vile sounds liberated, even if his backing tracks are built on drones and repetition.

This is probably a good thing. The rock-steady consistency of his riffs, the repetition that runs through material like the tender “Blackberry Song,” gives Vile his open platform to scoot. Best of all is “Heart Attack,” where a difficult, stuttering rhythm (defiantly not lub-dub) doesn’t so much make Vile reign in as up his ante. He shamanistically chants, “You better get your head / Re-screwed on!” before chanting some shamanistic shit that I always skip back to and listen for again, because he sounds so bats.

In some ways, this is the spiritual opposite of my other favourite rock record of 2009. Where Wolfgang Amadeus Phoenix unleashes itself as a relentless, ongoing troupe of melodies that magically overlap at the right time all the time, Childish Prodigy is an all-over-the-shop mess of detail. But it’s a mess that makes sense because Vile’s made sense of it for us. Whereas Thomas Mars might sleepwalk his melodies, Vile’s voice is constantly, painfully awake. He knows this album is reverb-shot to hell, that it’s densely layered, that its melodies take time, and then some. He knows that just chanting some shaman shit probably won’t work. And he for sure knows enough that this sound lives and dies by its honesty, and that Childish Prodigy is just that, just an honest album, the best he could have made now, the best of its kind for a long long time. More please!