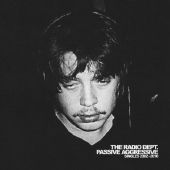 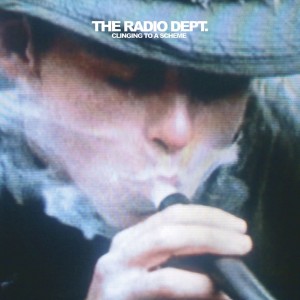 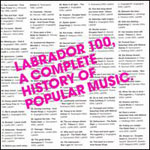 Hi, I’m British. I take pride in my country’s musical heritage, not simply because we’ve weighed in with some of the biggest and best names in the last fifty years of recorded music, but also because we’ve created some of the biggest clichés. Rock clichés are a sore point for some, but at least it means you’re leaving your mark, setting a standard. America may be the spiritual home to the vast majority of rock and pop, but Britain has historically had a canny knack of twisting the U.S. signal and weaving those waveforms into something distinctly British. We lost the empire, we blow at sport, we’re getting called the 51st state on the political front every other week; music is arguably our last bastion of influence. We should at least rule Europe on that score, right? It cripples me to say it, but we’re getting whupped in our own backyard.

It’s time for a change, something needs to switch up in the national consciousness. We can still hold up a great producer or two (Mark Bell springs to mind). It’s true that we can manage to mould a great band/artist every decade or so (Radiohead, Dizzee Rascal), but we’ve been bogged down in a funk of Britpop, dumbed-down post punk and tired ’60s knock-offs for so long now that it’s getting embarrassing. New Rave is a bust, an invented scene if ever there was one, and Grime seems to be eating it’s own tail; the only scene we have left is Dubstep, and, shit, that’s Dubstep.

In contrast Sweden and Germany are cranking out some of the best pop, metal, and electronic offerings in Europe. Artists like Ellen Allien, Dungen, and the Knife are laying waste to British attempts with a humiliating blizzard of skewed delights. While our contenders ejaculate a promising debut then grope for scraps on their follow-ups (Futureheads, Maximo Park, Franz Ferdinand, um, Oasis), these countries consistently deal out great swathes of quality product. How much of this is down to stable, focused “scenes” supported by sympathetic labels is up for debate, but surely it’s something that can’t hurt. The celebrated electronic set in Germany have a braced grip and a focused aesthetical outlook, with labels like Kompakt and Bpitch providing the framework for artists to simply do their own thing with minimal interference. And so we come to Labrador 100 and the Swedish indie landslide.

“If this is teenage, well then I’m teenage.”—“Teenage,” Tribeca

From the opening ruptured drums and moon-June-spoon rhymology of First Floor Power’s “Car, Travel Far!,” to the closing lazy swoon of the Radio Dept’s “We Made The Team,” this is an exhaustingly melodic and decidedly fey trip through the hinterlands of the Swedish pop nous. Set up in the classic indie wallflower tradition, the Labrador roster is heart-on-sleeve pop with a simple agenda, its engine running to the thrum of loose, fuzzy adolescent buzz. The need to pose and preen is alien. This isn’t pop with a desire to be a fashion statement, this is pop for the sake of Pop, dying with that idyllic, buttery feeling of being young and close to a radio. Needless to say, Labrador is a label with an aesthetic in mind, and there are corresponding thematic threads and sonic hints spanning these songs like rope webbing over cargo.

Obvious influences vein the Labrador collective: these bands know their twee-pop ABC’s right down to the hairslides and strategically positioned teddy bear. Healthy doses of the Sundays, Saint Etienne,and the Field Mice pepper the collection like candy buckshot, drifting effortlessly through Club 8’s impossibly languorous “We’re Simple Minds,” which manages to channel a light pop shimmer while sounding like a refugee from the Twin Peaks soundtrack. Britain used to excel at this easy intermingling of softer styles, but due to the unfortunate influence of “lad” culture, the rotting stench of dad-rock, and the cult of the Libertines, we’ve seemingly lost the ability to be at peace with our softer side. Sure, there are still practitioners who adhere to the classic indie-pop template (Pipas springs to mind), and there does appear to be the beginnings of a reconnection with the ’60s girl group sound (the Pipettes, Amy Winehouse), which is an obvious touchstone. But in general the roost is ruled by kids who’ve spent too much time being told that bloke is best, don’t be soft, be a man. The current fad for gutter reportage dealt out by groups like the Arctic Monkeys and the View is fine, but it’s a formula that gets tired quickly. There are only so many times that you can be told how town center nightclubs are shit and Chavs are tossers. Where’s the relief?

The genius of Labrador is that they can have numerous styles under their umbrella while still maintaining a singular, united feel. Electronic groups such as the Legends have a thematic hand on the indie-pop tiller while pointing their ship towards Germany’s teutonic pulse, coming off like a more dance-orientated Postal Service or a kiddie New Order. Taking a different approach, the Leslies are enticingly adept at the gooey power pop sugar rush, writing daffy starry-eyed teen melodramas full of goofy “love ya true” classroom notes. Stylistically separate but thematically unified, it all blends into a self-contained family of pop siblings that plays with one shiny toy before romping to the next, leaving the same sticky fingerprints daubed over everything. This collective cohesion forges the Labrador imprint into a distinct stylistic entity rather a mishmash of random artists—the hallmark of any great indie record label.

Britain doesn’t appear to have this cohesion at the moment: we need an obvious, defining scene or label that we can hold up as a beacon. We’re too fractured. Everyone’s been playing their own game for too long and it’s dragged the independent scene under. Perhaps twee naturally flourishes in the shadows? If Sweden can produce a label with such an obvious wealth of talent in the modern musical climate, why can’t Britain do the same? What’s even more infuriating is that there are numerous hysterical babyfaced fan letters littering Labrador’s catalogue, playing skittles with Britain’s indie-pop past: Corduroy Utd., in particular, parp out a great loose-legged Dexy’s Midnight Runners impression on “Daddy’s Boy.”

What’s really surprising is how assured so many of these bands sound, considering that many of them are little known outside of obscure pop circles and their own country. There are countless radio hits lurking here like jellybeans in a jar, just waiting to fizzle brightly over car stereos and on through sun-flared afternoons. Hitting all four discs in a row may cause stomach cramps, but that’s no real criticism. This is a document rather than a cohesive album, a monument to a label’s wealth of talent, and it’s a fine one at that: their very own C86 era, informed by electronica and shoegaze.

It’s all horrendously youthful, tuneful, and poised, with a knack for hopeless romanticism and crippling emotional detritus that only the teen at heart can possibly conjure. Whistling is involved (hell, it’s a basic instrumental foundation). There are countless ba ba bah’s, la la la’s, and handclaps. It’s built on an acre of twee under a sky of cotton candy, warmed by an orange soda sunset. You have been warned. But why wouldn’t you want some of that in your life?