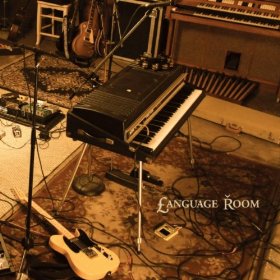 A problematically large part of any given person’s response to music—all art really, but music in particular—is emotionally contextual. I say “problematically” because, as a critic, some notion of the ideal of objectivity bleeds over from square journalism into our vinyl-strewn college dorm nest of a subculture. Not just music critics, we are, but internet music critics. At least two steps removed from what the men and women manning (and womanning) the copy desks across America would consider actual, really real “journalism.” Y’know, Season 5 of The Wire journalism. But we indulge ourselves. We tuck that invisible press credential into the hatband of our invisible fedoras and foray into sweaty festival crowds using words like “coverage” and “piece” and “angle.”

And since we allow ourselves this modicum of status we also, somewhat selectively, hold ourselves to the code of the journalist, whose first tenet happens to be “thou shalt observe dispassionately.” And this is why the thought that the context in which we hear a piece of music can have more of an effect on our overall opinion of that music than our austere and inviolable musical principals can be a bit vexing.

And so it is with the boys called Language Room, an Austin spawned four-piece outfit that I happened to stumble on at the Viper Room within a week of moving—stumbling, really—across the country to L.A. To me, cloistered in those dark, Depp-possessed confines, clutching my $6 domestic bottle my appreciation, taking the form of a slow head nod, was the appreciation of a guy listening to a competent outfit in an intimate venue. An experience I’ve had before. It didn’t occur to me that Language Room’s appeal was primarily that their workmanlike beat and anonymous howling matched the rhythm and tenor of my jangling nerves. Turns out, as I’ve long been more or less aware, my nerves have the voice of nondescript guitar-based emo.

This is an embarrassing tendency not at all mitigated by the fact that, at the time of the show, I’d been on a sixteen day drinking binge on a long and circuitous pilgrimage across the country with my life packed up into the backseat and trunk of my rasping, dying Buick Regal. I was reeling from the force of the adjustment and they welcomed me with open arms, saddled me with nothing, and expected very little in return. Not expectations, not concentration, certainly not contemplation, but just my presence. Sure, they were talented, entertaining, and soothed my insecurity over being a neophyte Angeleno, and—_Christ_—a Midwesterner. They hit all the right notes, they exhibited the competence of journeymen in the middle leg of a long tour. Short on chatter, long on open riffs that blanket the room. A salve for my exhaustion that I mistook for genuine interest. And that’s on me.

Two months, a press email, an album request, and a few increasingly disinterested spins later the air has cleared and that mistake has been thrown into stark relief for me. And like I said, that’s on me. I mean that.

There’s just…nothing here, which is undoubtedly what drew me to them dead-on-my-feet at the Viper Room, overmatched by the process of existing. The production here does Language Room no favors. They are, it should be noted, a band capable of interesting live moments. But the tracks lack the energy they threw around that night. The strong, chugging moments of, say, album opener “In Lines” are reeled in and hermetically sealed behind compressed guitars and vocals sanded bare of imperfection. A certain measure of that famous Austin post-grunge grime was present at the live show too, but the album containing the same tracks sounds positively sterile. There may be magic locked up in those buzzy chord progressions somewhere, but it reacts most strongly with the open air, and it just isn’t strong enough to survive such a brutal studio lobotomy.

I asked to be sent this album in the incandescent glow of a post-show high, and now I’m put in the impossible position of having swooped up an unassuming young band’s freshman release under false pretenses and now feeling that pesky objective nagging to drop that album down toward earth again from a great height. So let me, for a moment, speak on its behalf: I’d nod my head to a track like, “Run Out of Road,” or “In Lines” at a party, probably even the album cuts. I might even ask who the band was. Also, and seriously, there’s nothing on Language Room, but it’s the kind of nothing that allows for the possibility of future somethings. Maybe we’ll both grow together and get better at life and doing things in it; and maybe that means that the next time Language Room releases an album I won’t be standing in a dark room dimly wondering whether I’m on foot or horseback when they do it. And in that sober and objective state maybe I’ll build a rapport with that effort on solid footing.

For now, though, objectivism (if not sobriety) is a cruel mistress. Language Room is swing a and a miss.