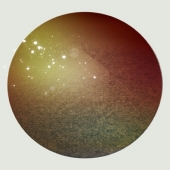 It’s thought that urban sociologists and musicologists had finally relegated classical music to some harmless cult status, a protectionist bastion for dabblers in the elite and exclusive, obsessive compulsive fetishists of technicality, and the odd armchair provocateur. But today we find ourselves with a retrospectively predictable inverse. Independent and urban music traffics in exclusivity via style and cool; classical music, for some, became the realm of the intensely personal, the authentic, and permanency rather than transience—the hot bath of subcultures breeding the bacteria of real art. Composers Stravinsky, Prokofiev, and Ravel were the uninitiated neo-classissists of their day; one wonders if albums by Gunther Schuller, Alexander Goehr, Glenn Branca, John Zorn, and even Nico Muhly qualify as today’s.

So when Jaga Jazzist leader Lars Horntveth offers an album with liner notes by John Szwed, author of Space is the Place: The Lives and Times of Sun Ra and So What: The Life of Miles Davis, it’s not all that surprising. The decision to compose a classical album is today posited in modalities of opposition, subcultural declarations that also, interestingly, suggest that the action is instantaneously ready for biography. It’s a thorny contradiction, one that states otherness while seeking instant credibility on the basis of an anachronistic and inaccessible canon.

Horntveth describes Kaleidoscopic as an attempt to sound as open-ended as a diary. Today’s cultural context is one that suggests that if one wants to say something, one simply picks up a guitar, grabs a mic, and says it. If divorced from that context, of course the album surrenders itself to a simpler aesthetic balancing of dynamic themes and movements. But then it wouldn’t be Kaleidoscopic; the action that is most important here is the non-vocal declaration of self, and the entitlement that comes with one’s name on an album cover and the music therein being entirely wordless with an emphasis on technicality. Thus, a confessional/instrumental album, as much about what Hornthveth chooses not to do as what he does. He’s unapologetically near the romantic—that straight-and-narrow conception of the gradual, modal build towards sweeping gestures affected by strings and cinematic strokes—and stays well clear of the conceptual, the textural, the minimalist, the counter-intuitive. Counterpoise this gesture to, say, Herbert’s appropriation of the classical, the big band, and whatever else he wants in service of often political tracts, or Hauschka’s microscopic specificity. All the more pleasant, some might say, for Kaleidoscopic‘s insistence upon itself. Nonetheless accomplished, I’d append. The album’s execution is flawless, if anything, leaving only its choices to doubt.

Horntveth’s bio, meanwhile, describes Kaleidoscopic as “37 minute long composition […] recorded with 41 members of the Latvian National Orchestra (34 string players, 3 percussionists, clarinet, flute, bass trombone and one harp).” In that description is the crux of its possible relevance: the unmitigated effort afforded its creation and undeniable vision is the stuff of easy praise. There is nothing not to like about Hornthveth’s subtlety, the careful accumulation of tones around space before transition to the next movement. Electronics and conventional instruments are blended without an overt attempt to clash the two. Around the sixteen-minute mark, bubbling tones introduce a central section that eventually complements, rather than contrasts, the emergence of strings. Like the album in context, each instrument is subsequent and deferent to the notion of Kaleidoscopic as a work.

This all leaves Hornthveth quite open to ridicule in the context of indie music. Were he to assemble 700 drummers in a park somewhere and ask them to play variations on a polyrhythmic scheme he’d get a pass simply for the notion that the sights and sounds produced thereby are uncommon and remarkable. But by subjecting himself to an established music oceanic in its depth and breadth, to say nothing of teeming with fish far bigger than himself, Hornthveth’s bravery is something that is again personal rather than musical. Removing this effort from that framework would be titanic disservice to both listener and artist.