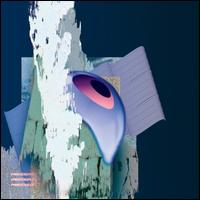 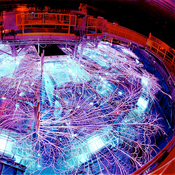 Like a handful of other young musicians working right now, Laurel Halo has crafted a singular sonic world mostly through software and good taste. Though the Brooklyn by way of Ann Arbor composer/producer certainly has peers—she’s recorded vocals for Oneohtrix Point Never’s Ford & Lopatin project (formerly known as Games), worked with Zs’ Ben Greenberg, and sometimes pushes into territory that Grimes worked through on last year’s great Halfaxa—on her debut EP, she crafts sounds as blurred as they are focused. She lets ideas drift and converge through her song structures, but uses her expressive vocals as an anchor to great effect, revealing through the process a pop architect very much worth keeping one’s eye on.

This is clear from the first bars of EP opener “Coriolis.” Her vocals are placed front and center around seemingly countless synth leads before she lets any beat drop, and the arrangement changes constantly. The song prioritizes first the high and then the low end of the frequency spectrum while her voice jumps between single vocal lines and multi-part harmonies, disorienting but never jarring. Yet each time the chorus cuts out, she uses the space to rebuild and redraw, transforming the song finally into a massive-sounding coda that feels only partially related to but not at all out of place with what came before it. The song is volatile, a collection of left turns that never veers terminally off-course as it so easily could.

The rhythm-forward “Embassy” maintains a steady backbeat throughout, with a persistent 4/4 kick serving as her point of divergence. She piles on additional digital percussion and keyboard leads, building to a moment in which she cuts out all but an electric piano before collaging all of her surroundings into a filter-swept blur. However, rather than let the music turn into a paste, she instead meticulously pairs her voice with a suddenly upfront guitar lead and rides the groove out for as long as possible, which largely works in her favor.

The EP’s second half serves, more than anything else, as a showcase for her voice, with its multi-part arrangements and vocal interplay revealing a composer nowhere near as sloppy as some of the musicians currently lumped (unfairly) into the witch house/drag/chillwave genres. “Metal Confection” sees her move phrases back and forth throughout, accompanied by pitch bends across her synthesizers that complement her range remarkably well, and “Supersymmetry” marries this voice to heavily compressed drums, yielding the most immediate pop song here.

In writing about Laurel Halo, Kate Bush has come up as a reference point on a handful of occasions, a consequence of the fact that both musicians are women who predominantly play synthesizer-based instruments and write, sing, produce and arrange pop songs. In one sense, this seems inappropriate, in that nothing on King Felix sounds like it has the leftfield commercial potential of Bush’s debut single “Wuthering Heights.” However, both musicians are certainly auteurs with distinct approaches to their craft, and it’s hard not to expect Laurel Halo to go far if she continues to develop and push this sound.