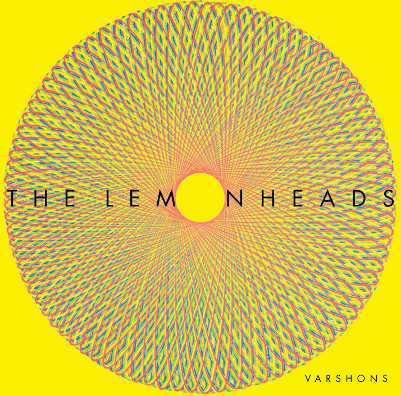 Varshons seems designed to bait haters. For those who think that reclaiming the Lemonheads moniker was a cash-grab, here’s an album full of quirky covers and unlikely collaborations. For those who notice, with disdain, that the Lemonheads two biggest singles were covers, here’s a covers album meant to recapture that commercial peak. For those who think Evan Dando was a teen magazine pretty boy more at home in the Hollywood party scene than in a recording studio, there are guest spots by Liv Tyler and Kate Moss to prove the point. This is an unfair, knee-jerk reaction, but it’s something Dando appears to be courting. In truth Varshons does not entirely conform to this cynical portrait, but it doesn’t provide much fodder for its defenders either.

Consider me baited, I guess. Or half-baited. Varshons is ultimately too unfocused to be some kind of stab at late-career radio presence. Dando seems to be following his muse, and dipping into an eclectic and knowing record collection for his cover choices. The first four tracks—covers of Graham Parsons, Wire, GG Allin, and Townes Van Zandt—resemble the alternating power-pop and twang that characterized albums like Come On Feel The Lemonheads (1993). Pleasant and upbeat, these versions are nice to listen to, if deeply unnecessary. The vocals lack the breathy vulnerability—a falsetto-like tone even in bass notes—that made Dando a great singer in the ‘90s. He opts for a clear, non-descript baritone these days, and so everything is serviceable and fine. “Layin’ Up With Linda” is a pretty funny song about killing your girlfriend (yikes), but whatever.

Then things get weird. “Green Fuz” is an appropriately fuzzed-out slog through psychedelic lyrics carried mostly by Dando’s soporific delivery. “Yesterlove” features acoustic arpeggios and tabla rhythms, and “Dirty Robot” has Kate Moss rejecting a robot in tones as synthy as the original. One wonders if even Dando believes these forays into alien territory produce compelling results, or whether he just can’t sustain the effort required to make twenty-five minutes of straight-up pop. I almost feel bad making the comparison to contemporaries Dinosaur Jr.—who have returned concise and focused—because Mascis and co. are so utterly fulfilling the promise of their reunion where the Lemonheads seem more on hiatus than ever. There is still much to love about their ‘90s stuff—the sloppy, slap-happy rip through the pop canon, the left-field hooks—but very little of that sound remains.

Liv Tyler shows up on Leonard Cohen’s “Hey, That’s No Way To Say Goodbye,” a song so beautiful six dying dogs and a weed whacker could sing it and it would still make my eyes misty. So yeah, it’s nice here, but that doesn’t make the collaboration less puzzling. Tyler is fine and all, but there are legions of wonderful singers in the world, and with Dando’s connections I bet he knows a few of them. It’s hard not to see this as opportunistic in a Scarlett Johansson solo album kind of way (except that, in ScarJo’s case, charity albums should be opportunistic). Either he wants the “Ft. [famous name]” or he just has random Hollywood friends dropping in for funzies, and I can’t decide which is lazier.

“Beautiful” is a fitting closer to this frustratingly boring record. Dando’s version of the Christina Aguilera tune isn’t poignant or funny or interesting; it’s half-baked and undersung, and it needs quite a bit more effort or imagination than he appears capable of mustering these days. This is the real key to understanding Varshon: it can’t be a truly cynical attempt to recapture former glory because it’s too half-assed. Robbing people is hard, and though Dando appears more interested in making waves than songs, he doesn’t have the focus to pull that—or this release—off.