Other Records by Lightning Bolt 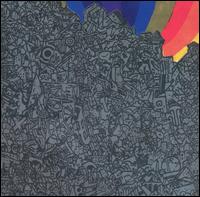 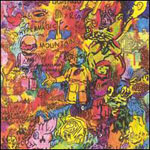 It’s difficult to think of any group more aptly named than Lightning Bolt. The mimetic quality of their moniker is nearly perfect; just like their namesake, the duo descends in a jagged torrent of fury, its bass work crackles and hisses, the pace of its drumming is pretty much lightning-quick, and it causes highly precise and incinerating destruction in general. If there’s one obvious disparity between band and band name, it’s that the thunderclap follows the physical lightning bolt, whereas the band weaves it directly into the strike.

They also do so coherently, which is a great deal more than can be said for most of the garbage posing as “noise.” Crucially, Lightning Bolt is noise rock, and they stress the compositional clarity of rock over mere ruckus. I’ll spare you a rant on music-as-masochism, but suffice it to say that Lightning Bolt is punishing only in the most figurative sense. Your suffering isn’t their goal; your awe is.

And—as one would expect so long as the group didn’t change in some idiotic way—Hypermagic Mountain is indeed awesome. The two horsemen from hell are still as relentless as they were on the obliterating Wonderful Rainbow (2003).

But awe doesn’t necessarily translate into consistent enjoyment. The amount of sheer skill required to execute each one of these pieces is borderline-insane. As with Wonderful Rainbow, each cataclysm here is recorded live, making the feat that much more impressive; the duo’s accuracy and near-perfect matching of highly complex time signatures—often the very notion of a time-signature seems to evaporate during any given track—is astounding. Rhythmic space often plays as much of a role as rhythmic assault, and the dynamics of each track are immense; single notes give way to thirds, which give way to clenched chords which sometimes give way to pure sludge, all the while astutely matched to percussive patterns. Even oddball elements make appropriate appearances. So basically, like, "wow."

But Hypermagic Mountain involves no less than fifty-six odd minutes—divided into twelve tracks— of this technically flabbergasting siege. There are certainly riffs enough to justify it, and good ones at that; the salvo of them in opener “2 Morro Morro Land” is utterly righteous. Not only are the riffs incendiary, but they evolve texturally from clean blasts into thicker cannon-fire.

The problem is that this kind of focused, lucid riffing and variegated rhythmic battering isn’t the predominant strategy of Hypermagic Mountain, when arguably it would’ve been the best direction in which Lightning Bolt could have developed. Instead, Brian Gibson abuses his kick drum in similar fashion to the more intense moments of Wonderful Rainbow, annihilates his cymbals with too-consistent joy, and usually meets Brian Chippendale via the same fuzzed out bass that ruled the day on their last album. It’s still good, but not only is it a similar ethic, it’s also one that’s splayed out over more time. “Magic Mountain” plays with the ethic interestingly, essentially propelling bass work with measured and dynamic progression into searing heights over steadily intensifying drumming. And “Bizarro Bike” howls through stiller air that’s intermittently shattered by virtuosic drumming and soloing, but not dominated by it.

Talking about the other tracks, however, generally tends to involve praises the follow the same course—great energy, ripping riffs, shredding drumming, and the dynamics change, but not with enough variety. The skill is impressive, but tracks inevitably begin to bleed. And yeah, at fifty six minutes, similar strategies, while evolving internally to some satisfying effect, still tends towards homogeneity. That is, Hypermagic Mountain is a thrilling endurance test, but it’s an endurance test nonetheless.

It’s almost unfortunate that this sort of evaluation can’t be purely genre-based, because, for what it’s worth, Hypermagic Mountain absolutely trounces nearly every other act in its general stylistic area. Regrettably, however, the duo’s fourth album lacks the formal and emotional peaks and valleys that encourage listening and re-listening to albums in other less hectic and punishing genres. Hypermagic Mountain rips and roars, but if you’re not already an avid devourer of this species of sonic mayhem, it’s tempting to resist the climb.