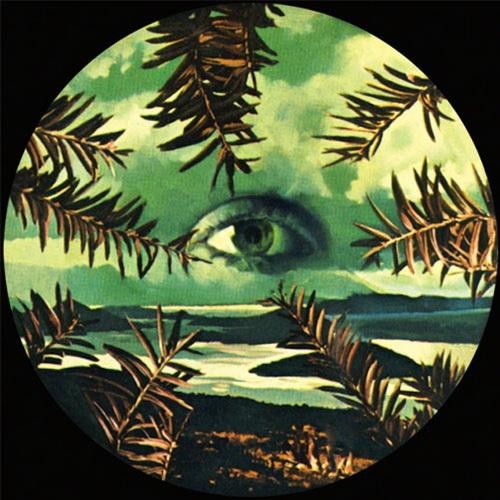 One runs into a problem in trying to piece together some succinct, accurate description of what it is that Lilacs & Champagne do with their music. For instance, Flying Lotus is a hip-hop instrumentalist whose forays into jazz, 2-step, and classical make him more auteur than producer. Madlib is a hip-hop producer with globe-hopping tendencies that can be seen in his Medicine Show, Beat Konducta, and Mind Fusion series. Portishead is an excruciatingly dark band that hybridized hip hop beats and industrial elements under Beth Gibbons’ distinct haunting vocals. This debut LP manages equal parts all of these acts’ sounds, leaving anyone asked to put this album in a digestible context to sigh, draw a couple of colored, overlapping circles, and label the brown part in the middle “Lilacs & Champagne.”

Flying Lotus’ early work is probably the best starting point for breaking down this album, his pre-Los Angeles (2008) output when he was doing bong-water-stained bumps for Adult Swim—think 1983 (2006), Reset EP (2007), and Raw Cartoons (2006)—paralleling what Lilacs & Champagne achieves. Then, it seemed Steven Ellison was equally interested in being a rap producer and independent musician before Los Angeles pushed him all in on the latter, and there’s that same feeling you get with this album as well; this music jives equally as well as the foregrounding for someone’s rapping as it does as on its own—or perhaps, to put it in terms that equally applied to FlyLo as well, they’re awesome beats no rapper has the balls to use (but Youtube producers do, thank God). “Battling the City” delicately tip-toes the balance between sample and original that the Avalanches perfected, a smattering of unwound drum runs leading into breezy guitars and a chopped up vocal sample. Secure in itself, the song still suggests the inclusion of some weirdo rapper to pull it all together. Similarly does “Nice Man,” another two-toned number mixing breakbeats with a semi-Western-flavored second half, call for a heaping serving of DOOM, especially considering the subplot of a preacher describing the Antichrist and his ongoing commitment to villainy. Meanwhile, “Moroccan Handjob,” a plucky Chinese-inspired number, appears created with the Wu-Tang Clan specifically in mind.

The difference between FlyLo and Lilacs & Champagne is stunningly obvious when you put on the first track, a doom-and-gloom number reminiscent of the darkest extremes of Portishead’s Third (2008), as it is clear the latter has a scope for elements the former would rather not be a part of. FlyLo is studio-sterilized, his music never touching dirty analog tones like this does or the dirty analog emotions and worries that color this effort. In this way the album is as equally indebted to the work of Madlib, the ancient crackling and popping, crate-diving samples reminding of the producer’s dives into region- and genre-specific themes, but with a mind more towards composition than just acquisition. The two that come quickest to mind are “Lilacs” and “Listener X,” the former taking the album and band’s namesake—Czesław Niemen’s song “Lilacs and Champagne”—and turning the slow number into something far more devastating, the sad guitars made depressing by the echoey, foggy setting they are maneuvered into. The latter is a couple of triumphant brass sections given direction offered by the steady beat, a couple of swings into a tense sitar piece and an aging piece of movie dialogue completing a fibrous sonic attempt that is not unlike some of DJ Shadow’s older efforts.

“King of Kings” finds itself in much the same Madlib-esque category as the tracks listed above—some engrossing, rhythmic guitar work with a vocal sample of “I can be king of kings / Wear a crown, and all the things” seemingly hand-picked for a rapper to claim as his own—but doesn’t put nearly as much of a focus on the hip-hop aspect of their sound. It is from here that we have a third category of their aesthetic, the removal of structure-offering rap beats putting a handful of these tracks into the categories from which they’ve been appropriated. Fascinating that these tracks are radically divergent from this album’s main godfathers but not divergent from the album itself, the escalating stack of Venn diagrams creating a path between to two fairly unrelated sounds that nevertheless make sense paired off here. “Sensations” sounds like it was crafted for the purpose of backing a Dirty Beaches track, while “Laid Fucking Back” sounds like it was pilfered from the likes of Sun Araw. “Everyone, Everywhere,” “Corridors of Power II,” and “Midnight Creeper” are all punishingly dark in a way early ’80s post-punk was fond of, creating a weirdly short transition from the likes of Joy Division into something I want to see DOOM rap on.