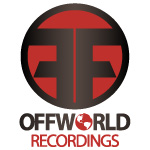 Atmospheric drum n’ bass: the story goes that this wonderful sub-strain of jungle hit its peak around 1996 and died around 1999, when favour in the scene turned to styles with names like “neurofunk” and “tech-step.” To be fair, that’s pretty much what happened in the visible drum n’ bass scene, and so for years now many fans of atmospheric (or, more pretentiously, “intelligent”) drum n’ bass have lamented its demise and the general state of the scene left behind.

But just because you can’t find it in your city doesn’t mean you can’t find it online—in fact, atmospheric drum n’ bass is still alive. For years, web labels and underground DJs have been keeping the style vital, pushing it forward, honing its once-cutting edge and generally making hundreds of records that fans stuck in 1996 would love if only they realised to look. Covert Operations were one of the finest of these underappreciated labels, and it was a minor, unnoticed tragedy when their financial situation became untenable sometime last year and the label folded. Scottish producer LM1 was a key part of the label’s roster, so when Covert died he did what all good underground figures do when times get hard: started up his own label and got on with the job himself, picking up the mantle by putting out his unreleased tracks originally destined for Covert’s vaults.

The Blue Mountain EP has been available directly from the Offworld website since November of last year, but it’s only recently made its way onto Beatport and other premier dance music download outlets. As the curtain-raiser for Offworld it’s a statement of intent, unabashedly old-school but with pristine production and enough imports from up-front electronic music to demonstrate that those in the atmospheric underground have been paying attention to the wider world.

Atmospheric deebee: think of it as the jungle equivalent to Burial and the deeper dubstep artists, except less concerned with the hidden beauty of urban hell and more with shit like space travel and technological utopias. It’s easily the most positive of all British bass genres to emerge in the past 20 years, completely bottling jungle’s trademark aggression and using it to propel a manned flight into orbit. Drum n’ space, if you will: this shit soars, filled with massive half-tempo pads, angelic vocal samples, and dark bass pulses. Like most of his peers, LM1 prefers old-school, busy breakbeats to the stripped down kick-and-snare beats popular in modern drum n’ bass, but he also likes to drop in squelchy synth stabs straight out of a trendy dub techno record.

All four tracks here are amongst my favourites of 2010 thus far, but the title track and closer “Season Of Descent” are easily the stand-outs. “Blue Mountain” feels far more epic than should be possible in seven minutes, building from a lush ambient intro into one of the warmest bass lines of the year, showcasing a glittering display of melody and deft counter-melody. It breaks down halfway through and returns even stronger than before, not a single second wasted or rushed. “Season Of Descent” is darker and more conventionally structured with another heart-stopping bass line and an enchanting female vocal sample weaved in and out of the dextrous synth patterns. Elsewhere, “Renaissance” attempts something similar via an operatic vocal sample and more dub techno stabs, but its droning low end doesn’t quite pack the same punch as its betters. “Frontier” is the least dynamic track at hand, largely content to maintain a mellow groove across its seven minutes, and consequently the “clubbiest” track out of the lot; one can hear its place in a DJ set while the other three tracks make perfect sense on their own.

These are minor quibbles. As a first release, this has set the bar very high indeed for LM1’s label and if Offworld can maintain this standard, they’ll be an imprint to follow religiously. Either way, this is a stunning reminder that atmospheric jungle is far from dead. Please don’t let it rest in peace.