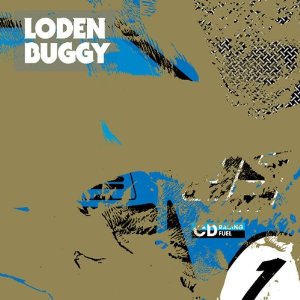 Jolan Koks’ Loden feels a bit like something taken apart and put back together again. Though you know all the pieces are where they should be it doesn’t look quite right anymore; it’s not as snugly fitted or mechanically precise in its design. Strange, for what amounts to a laptop album of glitch and groove touchstones, a testament to the metronomic exactness of the genre. There isn’t anything you won’t recognize from our early naughts’ electronic fare, seemingly salvaged if not repurposed from the gulch of chill-out compilations the genre eventually degraded to, but here it’s not reconstituted for any apparent purpose. Buggy is chill, but not as chill as Quiet Village or the Orb or Mike Oldfield; glitch, but not as glitch as Prefuse 73 or Pedro or Plaid. It’s casually disinterested in redrawing the borders of these sub-genres, preferring instead to cherry-pick their most recognizable tones and features. It’s exactly the kind of likeable but hardly groundbreaking album that Mush loves, and comes hot on the heels of this year’s turntable lullaby, the similarly listenable and literate and ultimately safe Say Goodbye to Useless by Deru.

Like Deru, I come back again and again to the notion that the nicest thing to say about this record is that it might be the leading edge of a retro/ret-con wave. What Loden makes reference to, what willfully anachronistic sounds he corrals into these two and three minute compositions, isn’t old enough to have even lighted upon the canon let alone become it, so it’s hard to conceive of this as tribute. And yet Buggy, like its titular vehicle, is behind the times. Compare it to the ecstatic, bursting Q&A by Qua, which feels like it cannot help, even to its own detriment, but cram every last thing it has to say into the rough confines of its songs. Loden comes to be defined by its constraint. It feels like a record occasionally limited by its technology rather than enabled by it, aesthetically starved in a way that our libraries worth of overload and cacophony aren’t. It simply isn’t taking part in electronic music’s contemporary discussion. Let’s not even mention the genre-unto-itself Cosmogramma, which is the Milky Way galaxy to Loden’s minor star.

It’s that Koks seems to have wanted to make a very particular kind of record at the expense, perhaps, of those messy interludes and forays into the weeds that define so much of today’s electronic music. “Twerk” has that exact ping of Clark-lite, insectile notes over the slink of a 4/4 beat, but it doesn’t stray as far from its robotic funk as Clark does. Similarly, “Yags” does jagged disco synths and big chunky snares, but what it posits in its first minute it also closes with. Something like “Mick’s Kills” suggests that to lay a vocoder voice over an airtight beat is enough, and either ignores or is disinterested in the vital voice pastiche undertaken by, say, the Books. There’s plenty over Buggy’s seventeen tracks that is catchy and listenable, but one gets the feeling that it’s just so much going through the motions.

Koks is still pretty early on in his career, having released only a handful of EPs and 2007’s Valeen Hope, and if this were his debut I’d probably bump up the score a few points. He continues to display a strong sense of the fundamentals, of how to assemble a tight arrangement with polished production, to employ an array of tailored if unsurprising sounds and beats. The question is where he wants to take this formula. As what sounds like an homage to the genre, Buggy is very nice and Loden a perfectly capable artist. As contribution to that genre, it sounds hesitant and isolated.