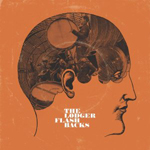 A friend of a friend recently introduced himself to me as a “happy curmudgeon.” I’ve spent the subsequent weeks marveling not only at the peculiar brand of self-awareness required to couple such an epithet with an introductory handshake, but at the functionality of this handy phrase, and the staggering number of pop songwriters it could accurately describe. Take Stuart Murdoch, for one. I’ve always thought that Jack Black-via-Nick Hornby’s “sad bastard music” a nearsighted and woefully pervasive description of his band. There’s a tension in Murdoch’s best songs that’s much richer than that: his knotty curmudgeonliness is constantly challenged—at times, tickled to the ground even—by the uncomplicated joy of pop melody. And a close consideration of such tension—the foremost creative force for all of music’s great happy curmudgeons—reveals a sense that it takes a lot of effort to sound so blithe. To these songwriters, anxiety-free pop music is a joke, and the punchline lies somewhere in the space between the first and second exclamation points in Get Happy!! (1980). So let’s go ahead and add the Lodger’s Ben Siddall to that esteemed list then, because it’s in that space his songwriting thrives.

The Lodger’s third album, Flashbacks, assembles guitars, horns, and pop melody in a particular and urbane fashion that nods to a number of worthy sources: Orange Juice, Television Personalities, and, as I’ve already implied, early-mid-period Elvis Costello. On the springy and infectious “Have A Little Faith In People,” Siddall sings a line that would have befitted any of those jittery frontmen: “I had been dreaming of a better place / Where I got along with the human race.” The cheery horns that punctuate the verses seem to simultaneously poke at his misanthropic persona and propel him towards a chorus in which he wavers and admits, “I don’t wanna be that kind of person anymore.” Therein lies the central tension of Flashbacks: it’s told from the perspective of an outsider who feels like he’s still got just enough conviction to get back into the game of life, but at the same time is far enough outside of it all to recognize the difficulty of jumping back so easily. Again, it’s a sentiment Siddall shares with Murdoch; much of the record is threaded with the same twitching nerve fibers that animate the best Belle & Sebastian songs, songs in which happiness and anxiety scuffle in an ostensibly cartoonish flurry of dust and keypad squawk, but somehow, and quite unexpectedly, leave real bruises when the clouds part.

Though it’s concerned with a particular lyrical perspective, Flashbacks shows a lot of range. The opalescent “Back of My Mind” features lush, jangling guitars and evokes a feeling of insularity; it’s the dream that precedes the jaunty reality Siddall grapples with on the rest of the record. Another highlight is the orchestral melancholy of “Flashbacks,” the record’s centerpiece and a bit of a turning point. The first moment wherein the melodic flourishes seem not to be tussling playfully with Siddall’s temperament but lifting him skyward and filling his admission, “I’m sorry if you think I’m cruel,” with a sad, stirring grandeur, “Flashbacks” exceeds all expectations one should harbor for Siddall’s brand of anvil-heavy sweetness.

“Time To Wait” articulates Siddall’s main gripe succinctly: “Had to make a choice / Stick with my anxiety / Or join society.” To actively fret over such a choice, of course, seems to call for a tally mark on anxiety’s side. But maybe it’s not a score that should ever be completely settled, as we’ve learned from many a curmudgeonly troubadour before him. That very irreconcilability has created some lovely pop music, and Flashbacks is another worthy testament—as well as another piece of Slumberland Records’ unexpected and formidably catchy renaissance. All of which should be enough to keep indie pop fans of the world a bunch of very happy bastards.