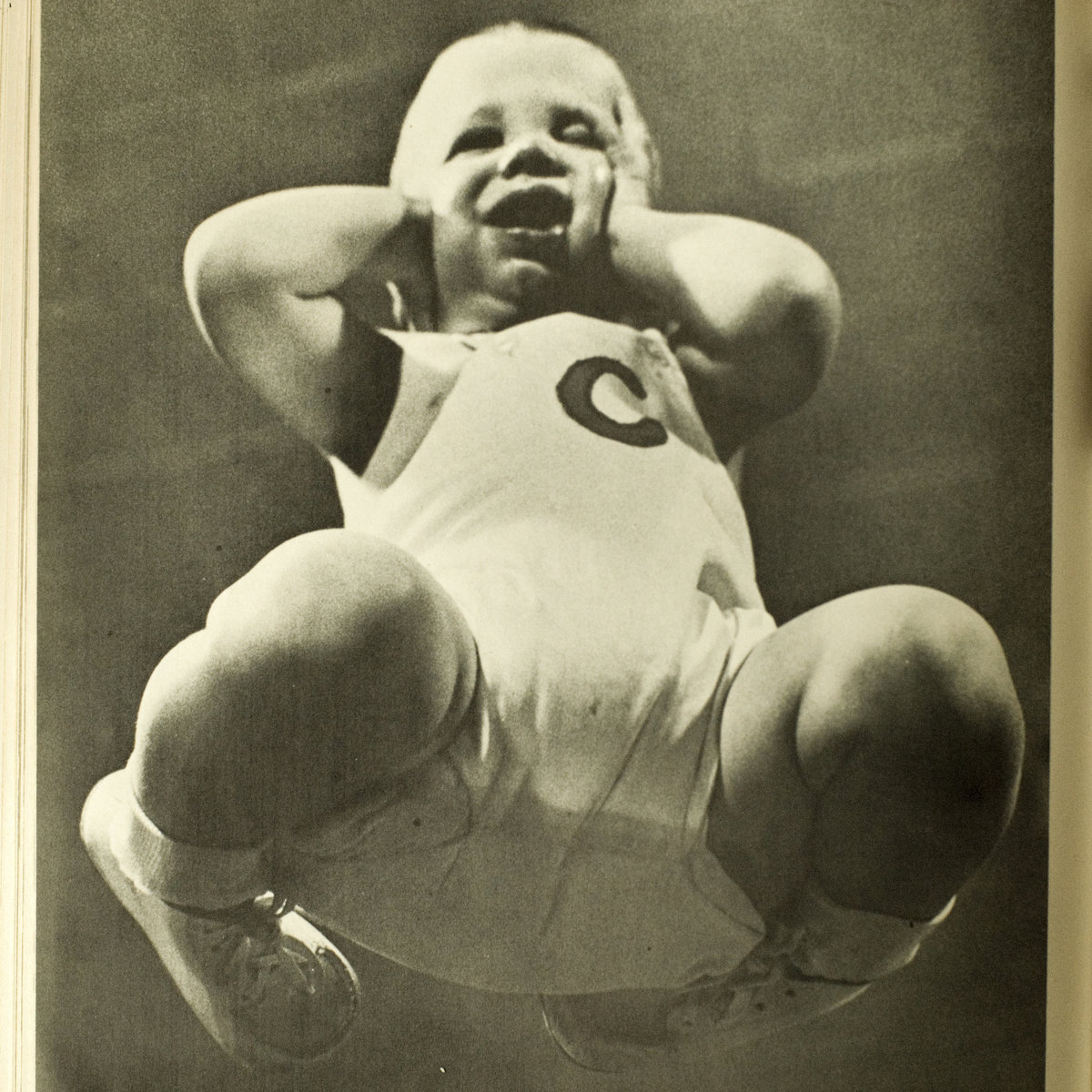 Who the Fuck Said Family Ain’t Family No More

The first time I saw Long Long Long live, their music literally pulled the roof down onto the audience. It wasn’t dangerous, and no one was hurt—some fallen plaster, clouds of dust, and the band playing on, oblivious to (or ignoring) the grey cloud ensconcing the room. Just another bloggable nugget from Pop Montreal. But it’s hard to imagine a band better suited to soundtrack the clowning and coughing of such a non-disaster. Rebuilding the parameters of a familiar experience, swapping variables in a recognizable formula—it’s what Long Long Long do. It certainly isn’t out of character for the band to introduce a cliché (in this case, bringing down the roof) and then play around it, refusing to acknowledge its presence. After all, it’s what we’ve been seeing from them musically since they released their debut EP last year.

Despite the “art-rock” and “experimental” tags that inevitably append themselves to Long Long Long’s discography, the group is not out to shock its audience with non-sequiturs or radical noise. Rather, they find themselves reappropriating all aspects of guitar-pop greatness, then cutting and smashing these composite elements into seamless, blissfully catchy wholes. Their brand of experimentation up to this point has involved emptying math-rock of its illogical melodies, and art-pop of its pretensions, and stuffing their husks with squeaky ear-burrowing melodies, drum and bass wallops, and seriously brilliant lyrical observations, all with that particular but unidentifiable Haligonian slant.

More than anything, Who the Fuck Said Family Ain’t Family No More sees Long Long Long continue to crystallize the idea of pop that they’ve been refining through a spate of EPs and one-offs released in the single year the band’s inception. Or, no—more than anything, Who the Fuck sees Long Long Long continuing to have a shit-ton of fun. Rock and roll has never seemed so analogous to climbing monkey bars. There’s something of children at play in the way this band’s guitars shamble up around a chord progression in asymmetrical but emergently ordered patterns. Rarely stepping outside of the instrumental confines of any old rock band (bass, guitars, drums, voice), Long Long Long manage to create new constellations—reconfigurations of the structure of the solar system of pop.

“Structure” being a key piece of vocabulary when it comes to talking about this group. Looming behind all the fun ’n’ games, there is a hulking shadow of discipline, not to mention a drawer full of fine-toothed combs. Like all aerobic feats, Who the Fuck carries in its wake a history of fastidious hard work—the hours of physical practice and muscle training required to create one brief, dazzling routine. Consider opener “There Are Tape Machines Down There,” its metrically opposing guitar lines, the note-for-note vocal harmonies, and the way the rhythm section locks in, popping like a bone into the socket. This didn’t just come together by coincidence. Sometimes complexity really is due to intelligent design.

And for all that, the thing is, this is probably the least immediately lovable of the band’s releases so far. The melodies don’t quite melt instantaneously on contact, and the guitar work is less gut-punching, more sinuously hypnotic, than it was on last year’s lauded Shorts EP. One might assume that they’re settling in, that the cement they’ve been scribbling their initials into is starting to set. A band’s most easily digestible work is also usually their earliest. Yet Long Long Long aren’t shifting away from clever fun, they’re just continuing to redefine what exactly fun is. Who the Fuck Said Family Ain’t Family No More is the band’s most lyrically loaded release so far, and its cleverest. The verbal games include syllabic displacement, lengthy narrative exposition, and general fine craftsmanship (how many times will I hear the lyric “Like a billion billowing beige and vermilion sails” before it stops pinging every intellectual target in my skull like an alliterative pinball?). And the arrangements follow suit, with the band recording their first eight-minute epic, and some of the catchiest hooks in 11/8 time you’re likely to hear. And this is just the first of several tapes to be released this year. This EP doesn’t reveal the band’s new direction, it shows just one of the directions that they seem to have ample time and energy to look into.

Based on this band’s output, as well as a number of side projects, it’s clear that the members of Long Long Long are perpetually energetic, curious, and hungry—idyllic visions of tireless youth. Strong legs, a straight back, and a good set of runners. Yet for a young, prolific band likely to see greater exposure and higher returns with each release, the possibility of burnout looms. See: Women, to whose empire Long Long Long are heirs apparent. Still, there’s something so good-natured and easygoing in Long Long Long’s music, it’s hard to imagine that it isn’t a direct extension of the personalities behind the guitars. Women’s music flowed with dark undercurrents, its guitar chords sharp black, obsidian flakes, its droning unrest seemingly tethered to a bobbing strife. Long Long Long share some of Women’s auditory features: the mathy hooks and nasal vocals that sound like they’re coming at you from across a high school gymnasium. But Long Long Long see even darkness as an oddity to be happily prodded at. Their approach is that of children: unflaggingly interested and thorough, but healthily detached. A consistent prolific future output from these guys seems to ride only on the hope that they will not forget the lessons of childhood, particularly a basic tenet from learning to ride bikes: you can only fall over if you slow down.