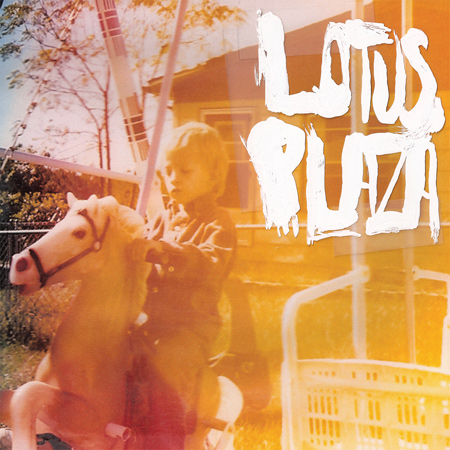 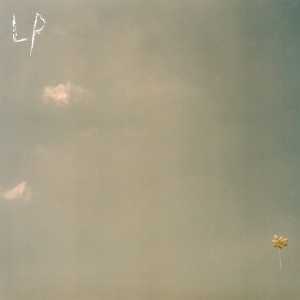 Spooky Action at a Distance

It takes balls to write the thoroughly balls-less three-note refrains, all root notes and in 4/4 time, that abound on this record. Not quite anti-balls. More like a testicular paradox.

What Lotus Plaza offer—from Lockett Pundt’s placeholder lyrics, to his play-guitar-like-a-bass arrangements, to the delay-drenched production—is the effortlessly digestible spectral non-entity of indie’s everything / nothing. An amuse bouche of indie touchstones that is very delightful but not filling. Like that moment in the awful documentary It Might Get Loud when the Edge plays “Elevation” without any effects and looks like an ass, Pundt is the Edge’s polish to Bradford Cox’s semi-drunken Jimmy Page slobber. The former is way more tolerable, but less likely to fall stupidly and arrogantly and annoyingly into something sublime. And if you take away the sheen, you’re left grasping at air.

Spooky Action at a Distance is a distillation of a distillation, the ultimate Lotus Plaza album by a band that is the ultimate in sounding at once like every other band and like nothing at all. Lotus Plaza is a refraction of some perfectly likeable if totally formulaic arrangements through the lens of a recognizable and unchallenging sensibility. We understand that sensibility in 2012 as indie rock, and it produces a Singular Nothing at the center of the question of what, exactly, indie rock is. And the answer is Lotus Plaza. There’s no need to provide context or argument. Just like “what is shoegazer?” can self-legitimizingly but accurately be answered with “bands that sound like My Bloody Valentine,” the question “what is indie rock?” can now as easily be answered with “bands that sound like Lotus Plaza.” This band is the alpha and the omega, the infinite loop of a band that makes reference to something that once was experimental, but now isn’t, and so is a non-experimental experimental band. Which is to say is a nonentity, a contradiction: music that is also white noise. A corporeal thing that inhabits space but signifies emptiness.

So there’re no balls to this at all. It’s as balls-less as Marilyn Manson’s Mechanical Animals (1998) crotch arc cover shot. This must be by design. The music is so airbrushed of the unpleasant scrotal patchwork we might associate with experimentation that we must concede that nobody blunders accidentally into anything so bleached of imperfections. It’s the perfect record, but it’s also barely a record. It’s wonderfully easy to listen to and has just about no reason to exist at all. There’s no purpose to this except to let the sounds of guitar and delay slide down the inside of your skull and think, “I like how that feels.”

I sound like I hate this record, but I don’t. It’s impossible to hate this record. I still listen to 2009’s The Floodlight Collective, which is also a piece of cake. I’m a person who grew up on indie rock, and this band strokes some pleasure center deep in my formative tissues with magic fingers. It’s not transcendent in the way truly brilliant art is transcendent, but at the same time it transcends my usual impulse to want music that makes me think a little, or that confounds expectations. Lotus Plaza makes music that is like food. If you’ve read this far, then I suspect that music is as much like food for you as it is for me—not just a product but a means of survival, both pleasurable and necessary. And sometimes our ears are just hungry for the musical equivalent of comfort food. There are two things you need to take from this review: Lotus Plaza has no balls and Lotus Plaza is a tuna casserole.

But I guess that’s what we talk about today when we talk about what makes music good. You listen to a dozen new records a week. What do you like? It’s not like every other record is helping us to understand Rick Santorum, or is making us aware of some subcultural tremor in the Canadian landscape. For most of us, the daily presence of music listening is informed by the desire to hear something that sounds immediate and fresh and uncomplicated and catchy. And this might be the most uncomplicated record possible for fans of indie music. This isn’t an important record by any measure, but you’ll probably love it.

There’s no need to describe the music because you’ll have heard the arrangements a million times before, three-chord Pavlovian signals to anyone who’s listened to something on Matador or Dischord or Sub Pop. I don’t know how to pinpoint it, but I feel that sometime in the last few years there was an unspoken agreement among artists to take what are essentially pop figures and obscure them behind lo-fi production and delay. All that changes is the speed and clarity with which you play it. You end up with Yuck or Vivian Girls on the speedy side of the spectrum, Lotus Plaza on the other. Spooky Action at a Distance does these things better than most, though it certainly doesn’t do them any more meaningfully. This record speaks into the empty vastness of our endless music consumerism, and all it says is “me too.”

It’s purely coincidence that this is the week I discovered, and fell in love with, Nada Surf’s cover of Depeche Mode’s classic “Enjoy the Silence.” Nada Surf (still a band, by the way) took the verse’s strategic turn from major to minor chord, which underpins the entire song’s atmosphere, and simply chucked it out the window. They turned one of the most existentially terrifying and moving songs of the eighties into a ditty that’s all propulsion and melody. I listened to it about two hundred times in a row. I’m left to conclude that I enjoy the Nada Surf version almost as much, while admitting it can’t capture even an iota of the emotional resonance of the original. Lotus Plaza seem to have performed this same operation on the very genre they call home, transplanting our brains with nerve endings that pulse with pleasure but are incapable of forming thought or speech.