Disc 1 (Original Stereo Mix)
1. Alone Again Or
2. A House is Not a Motel
3. Andmoreagain
4. The Daily Planet
5. Old Man
6. The Red Telephone
7. Maybe the People Would be the Times or Between Clark and Hilldale
8. Live and Let Live
9. The Good Humor Man He Sees Everything Like This
10. Bummer in the Summer
11. You Set the Scene 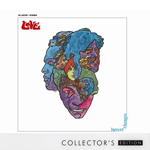 I like Forever Changes better than any record by the Beatles, Dylan, or the Beach Boys. Is that heresy? To be fair, the fact that Love has somehow avoided the type of over-saturation which has plagued every other pop group from the era likely has something to do with it. Even the music of the Velvet Underground—Love’s only contemporary equal in terms of both obscurity and relevance—has had to contend with a kind of ubiquity that makes them more legend than reality. It’s still possible to actually enjoy Forever Changes because, despite their influence, what contemporary bands actually sound like this? The Shins?

Love obviously played some part in the cult of obscurity that surrounds them. They were notorious for rarely playing outside of LA, even turning down an invitation to play at Woodstock. And unlike many of their West Coast contemporaries, Love were less interested in distilling a sense of the radical change of the late 1960s in album form. Forever Changes is too full of loose, frayed ends to conform to any concrete set of principles; the lyrics don’t convey any direct messages, only warped visions. And yet it’s also a long cry from the kind of narcissistic, faux-Nietschzean visions of the Doors. If anything it’s one of the more humanist artistic statements from its era; on “The Red Telephone,” the track containing Lee’s most overt criticism of his generation, he still ends with the spoken statement: “We’re all normal and we want our freedom.” But he doesn’t see that freedom as something passively received, but part of an endless struggle between self-deception and enlightenment; bitterly he declares “I believe in magic / Why because it is so quick / I don’t need power when I’m hypnotized.” It’s a scathing indictment of the deluded mysticism of hippie culture; the same false notion of instant gratification that would eventually allow for Reaganomics and M.A.D.

Of course, bitterness is only half the story; in many ways Rolling Stone‘s positioning of Love as a cross between the Doors and the Byrds gives an adequate impression of where they stood in relation to popular music of the time, even if it says nothing of what they were actually about. As their name would suggest, Love was still a band of vivid, pastoral psychedelia, even if that vision was darker on Forever Changes than on their previous albums. When, on “The Good Humor Man He Sees Everything Like This,” Lee sings “Hummingbirds hum / Why do they hum / Little girls wearing pigtails in the morning / In the morning,” the idyllic image isn’t scrutinized; you get the feeling he doesn’t really need to know why hummingbirds hum. Even if, as the title suggests, it’s taken from someone else’s perspective—perhaps one that Lee will never share—he seems to yearn for the innocence it conveys.

But this lyrical brilliance would amount to almost nothing were it not bound up in music that itself reflects instability, fleeting pleasure, the euphoria of being lost. This latter element is key to the intoxication of bleaker album cuts like “A House is Not a Motel” and “Live and Let Live.” The band even suggests the futility of lyrics themselves with their technique of cramming two words in at the same time, mixing up “white/grey” or “face/heart”; a technique that transcends its novelty when you realize how disorienting it is. Then there’s “The Daily Planet,” one of the greatest 3-minute pop songs ever written, and one that unfairly gets looked over in favor of “Alone Again Or.” It’s also the best example of how the music corresponds perfectly to the lyrics, playing on the theme of repetition, the daily grind, and ill-fated cyclical behavior. And when Lee sings “For it all it’s just a day / Like all the rest so do your best / With chewing gum and it is all so / Repetitious waiting on the sun” over a repeating melody, the sense of going around in circles is palatable, even before he sings “Look we’re going round and round.” And when that sliding bass from the intro reappears at the end of the song, you just want them to go through the whole thing again it sounds so good. Love may be mocking the cycle of human folly, but they turn it into something transcendent.

If Jim Morrison represented the epitome of drug-fueled narcissism (and bad poetry) then Lee is his perfect counterpoint. His claim that he thought he was going to die soon, and that Forever Changes was “what he had to tell the world before he went” may be a rather insincere attempt to gain immortality, but the sentiment can be found throughout the album. Not just the testament of a man who thought he was going to die, but that of someone who cared more about what he could tell people with his time left. On the most overtly apocalyptic track, “A House is Not a Motel,” he opens with the line “In my house I’ve got no shackles / You can come and look if you want to,” allowing hangers-on and fair-weather friends to cross his doorstep. Likewise on “Maybe the People Would Be the Times or Between Clark and Hilldale” he sings “Oh the music is so loud / And then I fade into the crowd.” The title says everything about the band’s self-willed obscurity: if the people were the times then Lee need never leave that stretch of LA in order to capture the zeitgeist.

But Lee didn’t die after Forever Changes—the fate of more famous, iconic rock stars like Hendrix, Morrison, and Joplin. It seems fitting though; his music was never intrinsically wrapped up in his own tragic image. Still, it’s hard not to pause when thinking about Lee succumbing to cancer a couple years back to little recognition outside of the underground press. How much time do we spend idolizing popular musicians from the ’60s? How did we fail to recognize one of its most fearless innovators? How sad is it that Lee, never made rich or famous even with the gradual canonization of this masterpiece, needed friends like Yo La Tengo to play benefits to cover his medical bills?

Which brings me to the most boring part of reviewing a reissue: the reissue. I’ve never really bought into the idea that the original recording, the alternate mix, the bonus tracks, and the perceived relevance of an album at the time of the reissue can properly be reconciled into a linear assessment. So like most fans I’d be tempted to give the original a near-perfect score and just forget the rest, but here…let’s face it: the only 7 year-old Deluxe Edition contains most of the extras the Collector’s Edition features.

Thankfully this time around the bonus tracks all get relegated to a second disc—so as not to muck up the original album—along with a Mono version of each original track. “Wonder People (I Do Wonder)” is still a great song, though something that would fit better on their first two albums. “Your Mind and We Belong Together” is decent too, although I’m not sure we need a version with several false starts. Like someone (presumably the manager or producer) says during their silly cover of “Wooly Bully,” “time is money.” Although I get the idea that most of these bonus tracks are attempts to give a brief glimpse, documentary-style, into the recording process, I’m also sadly realizing that the Forever Changes sessions weren’t littered with brilliant outtakes.

If this reissue does offer anything new for diehards, it’s the mono remix. While I can’t decide whether I prefer it to the original, it does offer an interesting angle: rawer, with more emphasis on the vocals and acoustic guitar. Lee’s vocals sound a lot more naked and vulnerable here, and the version of “Alone Again Or” emphasizes the disorienting way in which the chorus has the backing harmonies higher in the mix than the lead vocal. Which version you prefer probably has something to do with where you pinpoint the band: if you see them as a lush, psychedelic band you’ll probably still dig the original stereo version, but if you lean more towards the folk-rock end of the spectrum, you might prefer the mono mix. And yet it’s impossible to wholly place them within either genre, which leaves me with the feeling that the newer version is just a slight tweak on a sound which encompassed virtually ever movement in popular music of its time.

In other words, it’s hard to fuck up an album like this. As far as its relevance, well…America still has no health care, Los Angeles is still a perpetual apocalypse (so I hear), and most hippies I meet would benefit greatly from hearing Forever Changes.