1. California Side
2. Paris Side 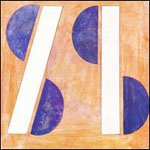 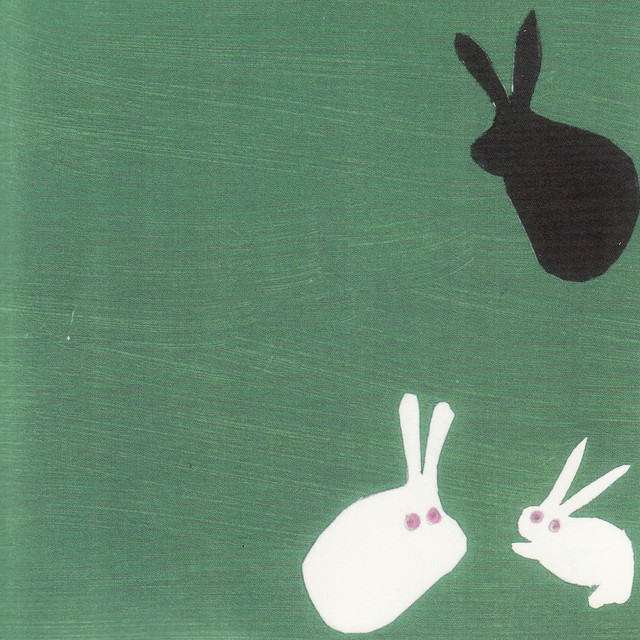 A Panegyric to the Things I Do Not Understand

Ugly: the gross wave of distorted feedback that opens “California Side.”

Cute: the way that feedback gets machine gunned into the thumping drums; the drums treat it as a straw man, as if it doesn’t matter, and Elisa Ambroglio, axe flung across the heavens, won’t play a real chord for another, like, ever.

Ugly: Peter Nolin’s drumming is a fucking seizure, a grinning smile of rotted teeth biting down hard on each other. He’s credited with “stones” on the cover; I don’t think he lives in a glass house, so the rest of us are not safe.

Cute: this stuff is brutal, sure, but remember! A panegyric is meant to be devoid of criticism, and therefore the point, we must assume, is that this album is just taking stock of un-understandable things, and to try and figure out what those are leads to criticism, and therefore all logical arguments cease to be of any use. Which is why Ambroglio’s screams are real screams, but pushed back in the mix they sound like yelping, and why we’ll never understand what she’s saying, but it must be awesome, because see above.

Ugly: at times, Leah Quimby seems to understudy the part of the kick drum; her thick bass dives circle behind and under, popping out of rabbit holes, kicking the other instruments in the face, but also playing chorded noise when the band kicks into a fourth-side Freak Out! homage just before the mid-point of “California Side.”

Cute: and then they start whistling. This isn’t really aleatoric, or at least it isn’t chancy; it’s part of the song, like they’re playing the whole first half again but just really quiet. Stray bass and guitar noises pop up, Ambroglio mutters to herself, Nolin claps, snaps, hits, and I assume whistles, and Quimby seems to hit her bass once in a while. They’ve salvaged the distorted parts of a bad recording, and excised the rest.

Ugly: that this section goes on for about six minutes.

Cute: that in doing so, the band is actually able to create a vicious groove to end the song, literally out of nothing, essentially making every jam band in existence superlative.

Ugly: the thudding chords that Ambroglio almost plays on the beat, the way Quimby thuds in a few seconds after, and the way Nolin just plays whatever the hell he wants.

Cute: and yet it still sounds amazing together, interrogating the foundations and structure of musical format, bleeding genres into one another, and throwing all of your music theories into a blender named “ennui.”

Cute: okay, I think the string thing is actually cute, and the ugly part was the distortion, or the monotony of distortion, or possibly the way distortion, as a signifier of “heavy,” was proved to be monotonous by their monotonous use of it. Or maybe that’s cute too?

Ugly: about three minutes in, the thudding drum line is set against a simple, one chord bass/guitar riff, like somebody absently pulling an elastic band. Here, the band moves away from Mothers of Invention territory into early Pink Floyd; instead of creating weird spaces, they cause perceptions of those spaces to collapse, and here Ambroglio’s lyrics are right up front, telling us how “they all fall asleep like sweet little bunnies.”

Ugly: unless you’re Chet Betz, whom we discovered this week has no heart.

Cute: the closest thing to a traditional song format shows up after the bunny line; Nolin ups the drumming quotient, Quimby stays on the single bass note, and Ambroglio sort of actually sings—“damn my American thighs”—while causing all sorts of racket on her guitar, moving the song somewhere between Patti Smith and Kaitaiteki Kokan.

Ugly: this sort of goes off the rails as she tells us “it’s a shy, arthritic sky / not built by giants.” Insects roam through the music, rocks fall off cliffs, and Nolin stops playing by meter. You are ageing, growing younger, but isn’t that exactly what the present is like?

Ugly: the song builds as Ambroglio hates us, eviscerates us, and asks of if we want to “speak through [her] mouth.” I’m still not sure I understand specifically what she’s talking about, but the vagueness, in a weird way, allows the anger to carry weight. This is about oppression, injustice, inequality, and when Ambroglio tells us that she is “not compassionate,” or that her “life was a sunset,” the specifics don’t matter so much as the general sense of constriction.

Cute: the final word in the song is “Dostoyevsky.” Is this thing existential?

Ugly: you betcha. And entirely awesome for it.