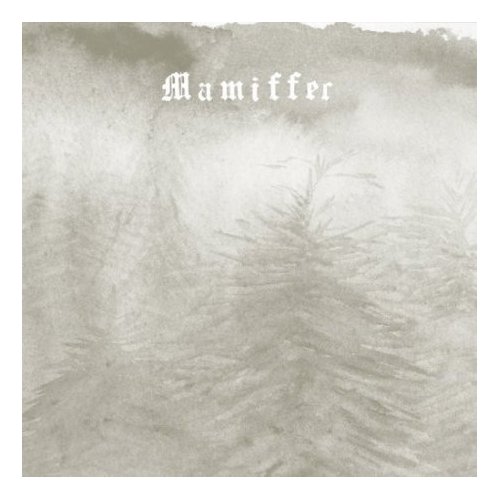 Just over a week ago in a dimly lit Vancouver church hall Mamiffer’s Faith Coloccia tapped out a rapturous set of piano movements, stripped down solo versions of songs from the Seattle ensemble’s recently released Hirror Enniffer. The music was at once fragile and unbreakable; it was ornate yet bereft of much stylistic posturing. The emotional intensity of the set left those in attendance even more subdued than they were before it began, reading and conversing quietly as they were. It was as if I had just taken part in a weekend antithesis of sorts, sitting there in the pews while the majority of young Vancouverites bounded about downtown, listless with alcoholic bliss. Afterwards, I bought a six-pack.

The performance intrigued: what might the compositions sound like in their album form, accompanied by drums, guitar, and processed electronics? I imagined raw orchestral jams that would sound fresh and ambitious with Coloccia’s gracious piano at their core. A few listens delivered the reality. Ambitious and carefully crafted, Hirror Enniffer is nonetheless a straight-faced, grinding expression that barely breaks stride throughout its six disaffected tracks.

An obvious comment on the state of the American nation, opening theme “This Land” is as somber as a lead track could possibly get. Ridiculously morose piano melodies and a droning noise loop step in tandem with clockwork drums that might double as a beat for regimented military march. The song winds through a semi-climactic build with willful disdain and brute seriousness, eventually stopping on a dime quite suddenly. This dire demeanor continues unbroken in the searing push of “Death Shawl,” a blanket of ever-so-slightly fluctuating drone. Powered by a harmonic bend that borders on pure negativity, the piece just barely ekes out tiny leaks of melodic light through the noise. While they are admirable compositions with some potential as social commentary, these works leave me feeling like ugly death. And I usually dig this kind of sad shit.

Anyways, the dour mood finally breaks midway through “Annwn,” the only song on the album that reaches for a brighter emotive territory that may or may not bear some passing resemblance to hope or contentment or something. This was one of the songs that I heard live in Vancouver and it consequently framed my perception of Mamiffer, for better or worse. A work of great emotional scope, it begins with crawling momentum and then breaks into unrestrained up-tempo passion, refusing to pause. Lilts of staccato notes and rambling flows of melodic statement carry the brightest track of the record through to a meeting with chanting voices, ending abruptly on a good note.

It is interesting to hear how great songs like “Annwn” flesh out on record, ornamented by spooky samples, pounding drums and other decorative elements. Sometimes, however, I could do without the show. “Black Running Water” is one of the only other tracks where the complex accompaniment works well with Coloccia’s piano. Her hauntingly beautiful chords build and break into refrain, where soaring guitar lines find all the right harmonies to support them. This is where Mamiffer find some genuine stride as a cohesive rock outfit rather than a weak-ass chamber music depressant.

The instrumental piano focus of the record usually works, nuanced and romantic enough to captivate without vocal accompaniment. “Suckling on a Dead Litter,” however, meanders around in the same tempo and motif for nearly two-thirds of the track; any kind of nihilistic vocal wail or bleeding heart poetry or maybe some double-dutch hand claps would have saved this song from making me pass out. Instead, it is joined by a whine of a drone that adds little to the overall texture. The acoustic guitar picking of album closer “Cyhraeth” fails to remedy this tiredness. While it adds some needed diversity to the sound of the album, its delicate silence pretty much amounts to a final lullaby.

It was a novelty to hear Coloccia work the keyboard in a darkened, acoustically well-endowed church, but Hirror Enniffer is another story. Her band mates do their best to mesh with the depth of her expression but fail to find the same essence together as a unit. With such a heavy focus on the piano these songs would have fared better as an EP of standalone acoustic recordings. But if there’s merit in the art of emotional oppression then give this album a super-serious high-five; it’s dark music for dark times, asking that you consider the aching despair of our humanity. Or that you consider having another beer.