1. I Taketh Away
2. Everybody Hustles Leo
► 3. She Makes the World Turn Backwards
► 4. Let the Fireflies Fly Away
5. He’s a Magnet
6. My Rose Colored Friend
7. Bailing Out on Everything Again
8. Badly Madly
9. Poison Candy Heart
10. The Rabbit
11. Where’s the Indifference Now? 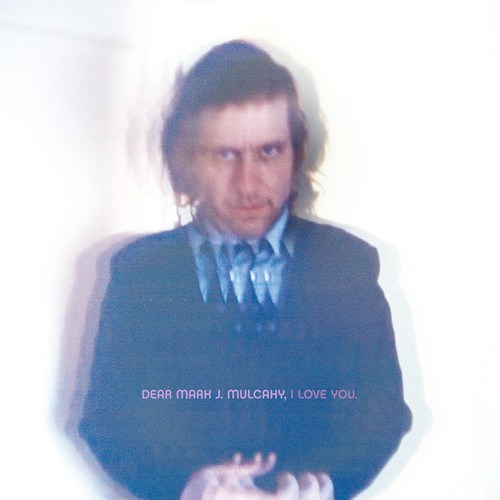 Ever since I first heard Mark Mulcahy’s new record, I’ve been walking around the house singing a line that goes, “Nothing matters what I say / But I’d rather burn this bouquet than give it away.” This is not a line from the new record (I am only just beginning to commit those to memory), but one from a song called “Sea Hag” off of Miracle Legion’s Drenched (1992)—a record I bought six years ago but which continues to rattle around in my brain, words and phrases stringing together like magnetic poetry. It’s just one of many great lines from the substantial oeuvre of that band’s singer-songwriter Mark Mulcahy, and one of many that I’ve been unable to forget. It’s been a long time since he’s written any new words or melodies to file away in our indie rock-addled brains. Eight years, to be exact.

After a decade-long career as frontman for the aforementioned underappreciated jangle-pop band (best known to my generation for their brilliant and infectious soundtrack to Nickelodeon’s The Adventures of Pete & Pete, recorded under the name “Polaris”), Mulcahy embarked on a quieter, more experimental solo career. But in 2005, with the sudden death of his wife, that came to a halt as Mulcahy focused on raising his twin daughters. Thankfully, he has emerged from hiatus with his best record since the Miracle Legion days, reclaiming the delicate beauty and sharpness that fans will recognize as his hallmark. Dear Mark J. Mulcahy, I Love You is a triumphantly together record, focused and witty and emotional and present in the way that only someone rediscovering his life’s work can be.

Despite its sweet title, the songs on Dear Mark J. Mulcahy are dark and cutting, infused with what Mulcahy, in a recent Salon interview, called “a bleak view of people.” But, though these songs are dark, the band’s loose, jangly guitars and Mulcahy’s delicate vibrato continually save them from the depths of despair. It’s an easy record to listen to, with eleven songs that each swoop gently to an end in under four minutes. The “bleak” characters are especially present early on the record, with the pointed anger of “Taketh Away”’s Christ-figure and the manipulative woman of “Everybody Hustles Leo” (“She put everything in the same bag / But who cares / As long as it’s white and you can snort it”). “She Makes the World Turn Backward” plays like Green (1988)-era R.E.M., twisting its singalong call-and-response chorus (“Where does it hurt? Everywhere! Can you stand up? I don’t care!”) into something uneasy and ominous. The sound here is a return to the jagged rock of Miracle Legion’s earlier career, and these three standout tracks highlight that mysteriously engaging blend of classic pop melodies with angry, minor key undertones.

Another of these balancing acts, “Let the Fireflies Fly Away” is a captivating two-part track that crashes into life with Mulcahy muttering under the band “Waiter, there’s a frog in my…” and becomes a loopy Polaris-style song which is ostensibly about breaking animals out of the zoo, but is also of course about desperation, trying to run away from oneself and let go of the past. (A great line from “She Makes the World Turn Backwards” echoes this theme: “Cleave yourself in two / And neither one is you.”) The whole offbeat first half is a treat, with lyrics like “Make the monkeys play / Monkey Family Feud” and “Hitchhiking chicken / He’s got nothing to say.” Then the track deftly trails off into a lullaby, showcasing Mulcahy’s impressive technical and emotional range as a vocalist. “Open up the jar and let the fireflies fly away,” he repeats in falsetto, and from there the record takes a slightly gentler turn.

“My Rose-Colored Friend” and “Badly Madly” are the prettiest tunes, with sweet harmonies and waltzing organ on the latter, and the stripped-down “Bailing Out on Everything Again” employs somber do-do-dos. “Bailing Out” and the venomous closer “Where’s the Indifference Now” recall Morrissey more than just a little bit, as much as Mulcahy can sound like anyone, he sounds like Moz here, who, incidentally, has also spent his fair share of time with the dark side of humanity. But the gorgeous ballad “The Rabbit,” by Mulcahy’s own admission, is the true centerpiece of the album, an attempt to see the good that lurks in even the most deplorable of people. If the snideness of “Where’s the Indifference Now?” can be tempered, this song makes an effort, innocently asking, “Nothing up your sleeve? / I’m a sucker for magic / Where’s the rabbit? / Where’s the rabbit?” It’s the sound of a man dragging himself out of despair, surprised to find his creative drive and ability fully intact.

Mark Mulcahy has always been an artist working on the edges of the mainstream, the kind of artist that can take a long hiatus and not necessarily feel a lot of pressure to reemerge and deliver. But somehow, without obligation, he’s come back not only reminding us how much we missed him, but reminding us that his voice, strong as ever, is still vital and original. He’s never been bitter about toiling in obscurity for all these years, but instead, even in the face of tragedy, has chosen to invest himself in his music, so much so that a record like Dear Mark J. Mulcahy, I Love You feels like less of a statement and more of a gift.