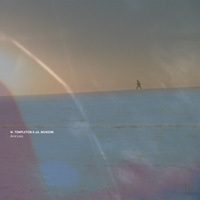 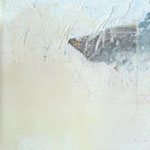 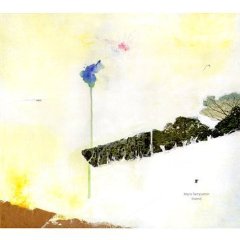 I have a theory that the sounds we instinctively associate with what is “natural” or “organic” don’t actually have anything to do with acoustic instrumentation, at least as far as this brand of glitchy, ambient electronica goes. After all, it’s rarely suggested that folk or rock music is evocative of natural landscapes, so why should any electronic music which borrows the tools of these genres be anymore so? It’s artists like Taylor Deupree and, with 2007’s fantastic Standing on a Hummingbird, Mark Templeton who make music that seems to automatically trigger associations with the contingent, expansive natural world. And they do it by breaking down their source material (which, admittedly, is often acoustic instrumentation but just as often digital by-products) into tiny fragments of sound and building them back into full-blown compositions labouriously. These fragments of sound, regardless of where they came from, no more resemble organic material than the individual pixels in a photograph of a mountain.

I say this because Inland, with more recognizable instruments, occasional wordless vocals, and something almost akin to “songwriting,” doesn’t feel as organic or externally-focused as its predecessor. “Artificial” would be going too far, but it’s definitely more insular. While narratives about the physical environment surrounding an album’s creation can be overstated, it seems strangely appropriate that Templeton moved from Edmonton to Montreal to record the album. Consider “Oak,” a track primarily featuring acoustic guitar and Templeton’s voice. While previous ventures disguised their origins in a seamless integration of digital and acoustic sound sources, here Templeton cuts up the voice and guitar self-consciously, clicks and cuts in the forefront, intruding on the instruments in what could even be called an aggressive way, despite the glacial pace of the track.

A lot of it works though I would argue in spite of, not because of, the vocals. Wisely, Templeton doesn’t try to articulate anything, and yet his mumbling tends to distract from the (still) immaculate production behind him. Regardless of how its cut and pasted, his voice doesn’t have the same tonal depth as the rest of the arrangements, and it seems to be striving for a loneliness that Standing on a Hummingbird managed to achieve in a more subtle and portentous way. If there’s a positive development for Templeton here, it’s that he no longer seems to fall into the same patterns of minimalism he has in the past (however beautiful those may have been), creating something more unpredictable with the arrangements. At the same time, this isn’t folktronica, as he approaches these tracks with the craft of an electronic producer and still tends to veer towards abstraction. “Please Take Me” never tries to hide the fact that it’s mostly a guitar, but it’s more tapping and scraping the strings with various objects than any kind of conventional playing.

There’s a struggle at play here, and I still can’t decide whether it’s fascinating or frustrating. “West of Fabric Pt. 1” seems to pull both horizontally and vertically, with guitar-picking that threatens to coalesce into a melody but is constantly disrupted by erratic electronics. It’s complexity is admirable and surprising for an artist who works with such glacially-paced music, but then it just kind of ends in a rather unobtrusive, anti-climatic loop. Then, even more surprisingly, it shifts to “Pt. 2,” 1:14 of some of the most gorgeous static and spine-tingling guitar sliding up and down the neck.

“Under” has the opposite problem that it doesn’t seem to build enough tension in the huge spaces in between its ringing guitar chords. As if commenting on the languor of the whole affair, a banjo plays a few lazy notes here and there. Still, any criticism should come with a caveat that Inland sounds painstakingly crafted, which will be self-evident to anyone who’s already heard any of Templeton’s music. There’s a good amount of worthwhile material here, but more than enough grace notes.