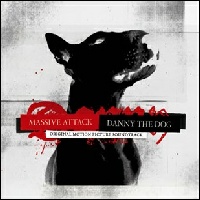 I went out last night and saw the movie “Kontrol,” a Hungarian film shot entirely in the Budapest metro system. It was a bizarre mix of black comedy and serial killer thriller (what do you expect from the Hungarians?) all served with a propulsive dance music soundtrack. It was actually a pretty cool movie, though it scared the bejesus out of me (mostly ’cause I have this trip to Budapest planned for the end of December, and as far as I can tell everyone who lives there is totally fucking nuts). One of the main failings was in the music—everything they threw on the soundtrack seemed stale, repetitive, and a bit too western European. I’ve never been much into dance music, and nothing there seemed poised to change my mind.

So where does Massive Attack fit into this? They make trip-hop, not dance music, right? The divide has never been that great, I suppose, but there’s always been a strongly hip-hop edge to the work of 3D, Mushroom, and Daddy G. Perhaps 100th Window (2003) broke that rule, but then again, it wasn’t really Massive Attack. Only 3D Del Naja remained of the three original members, and, sadly to say, he’s the only one who appears here. The difference between Danny the Dog and 100th Window is the ultimate listenability of former. True, this one heads in the far less pretentious route of dance music, and isn’t marred by Sinead O’Connor, but it succeeds on many more levels, and mainly because its goals aren’t quite so lofty.

Without having seen more than the preview for the film I can’t provide much commentary for it’s additions to the film. Brief synopsis: Jet Li plays a deranged, mind washed street fighter who is rescued by the (eternally) kindly Morgan Freeman. Needless to say, we here at CMG will be at the front of the queue. Also, the soundtrack for the film matches the general tone: dark.

There are two major choices made for this album. First, there are no vocals on Danny the Dog, which, even for a 2004 Massive Attack, seems like a bold move considering how deeply their sound has been defined by the use of guest vocalists. Second, Del Naja takes a bit more of a classical bent on this one. Bits of piano drift in and out, and string sections are laced into a few songs; clearly this is nothing new for dance music, but it doesn’t have quite the same grandiosity or pompousness of other techno.

Also, I don’t mean to scare off any early fans. I love Blue Lines (1991) and Protection (1994) as much as the next guy, and Del Naja hasn’t completely abandoned the sound that so defined Massive Attack and, in turn, trip hop as a genre. A few of the tracks here, with the addition of a sultry vocal or a Tricky verse, could do quite well in comparison with some of their early material. “Polaroid Girl” has a distinctly early 90’s feel to the keyboards and slow drum beat. Even the up-tempo “Collar Stays On” would fit in well, and the vicious “I Am Home” comes out harder than any Massive song than I can think of.

What is really interesting are the couple of songs that seem to be breaking distinctly new ground for Massive Attack. “One Thought at a Time” is the clearest example. Del Naja throws together a psychedelic guitar sample over a quick beat and a second, grinding, guitar line. The plucked strings and beautiful melancholy of “Two Rocks and a Cup of Water” seems completely new in Massive Attack’s discography. The second half of the song is a bit too drenched in strings, and I’d love to have one of Massive’s trademark chanteuses whispering over it, but it’s a strong track nonetheless.

There are a few missteps of course, and much of it stems from the nature of the soundtrack genre. The whole thing seems a bit jumbled, and though reasonably cohesive it doesn’t have a true “album” feel to it. A few of the tracks are underdeveloped or left too short: the formulaic-yet-terrific “Montage” could well have been the album’s best track were it not for the short playtime. “Sam” breaks down a bit too much in the middle, and though the piano solo is well done, the string section that rises after it is just too huge for its own good.

In the end though, Danny the Dog is a soundtrack, and it suffers the same fate of all too many soundtracks (besides being written off as critics as somehow less an expression of a band’s work): everything just sort of runs together. Nothing here just stands up and slaps the listener around the way “Five Man Army” did, or seduces you like “Safe From Harm.” It’s a strong album, and a step forward from 100th Window, but it isn’t some “return to form” for Massive. But then again, that’s never going to happen, and I’m just pleased that at least one member of the group is still able to put out innovative, well-produced dance music more than a decade after Blue Lines. Let’s see where this years rookies are in 2016.