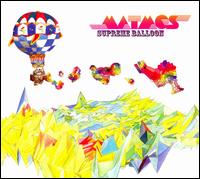 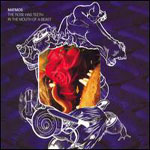 The Rose Has Teeth in the Mouth of a Beast

(Matmos have released a new album.)

Daniel and Schmidt (Matmos), in the anti-tradition of historiobiographical metafictionists, cross dialogues and discourses with mellifluously unsettling postmodern appropriation, presenting sans context statements once recognized to be “political,” “socially relevant,” and other tags affixed with a proto-fascist, Enlightenment paradigm rather than with a more suitably internalizing exemplar. Pseudo-field recordings (a hair clipper for “Germs Burn for Darby Crash,” symbolizing castration fear vis-à-vis Samson archetype via deeply rooted Judeo-Christian morality play / patriarchally imposed power fantasy) tracking echoes of 2004’s Rat Relocation (underappreciated by critics and listeners shadowed by the precognitive, Jungian pervasiveness of oppressive concept of “the listenable”) are integrated yet left recognizable, unlike the reconstitution of initial body appropriation / subjugation expressed in 2001’s A Chance to Cut is a Chance to Cure.

The sounds of an individual entering a room (perchance representing the necessary egress to the metaphysically prenatal) are captured just before those of a fumbling for keys (surely metaphorical, they are the epistemological clarifier, facilitating the return through locks to which the artist has always possessed the key, though they are here presented in a paradoxically linear fashion – if only CD players played in reverse!) to a door opening into another room containing the [sub]subliminal totemic, the centralization of the monolith and the concept of the self made unaware through the obfuscating of reality by the concretized modifier, the excessive restraint of the “normal.” Having observed the monolith, the sounds (real, though inevitably an approximation) of typing resound, and thus we hear the re-appropriation of language through which is transposed an attainable transfiguration of self once entrenched by the Occident. The finality of a cannon’s (canon’s?) boom is soon upended, sounding from a barrel (surely phallic) in a domination of the mix, and then playfully rewound into the undoing of its destructive power, a mirror regression into energy’s fetal potentiality representing the cyclical constant of an artist destroying and rebuilding the norm (in this case, the destruction and constitution of the all-encasing terror of “traditional [post]song structure”) typified by the temporary state of the post-modern characterized by Lyotard. “Rag for William S. Burroughs,” straightforwardly pays tribute to the anti-tradition of linguistic cut-up, garbling the sound of typing and foregrounding the reality that exists between-the-lines, emphatic of the Dionysian ecstatic to be found between logic and anti-logic, in the moment without context, fully aware of what Lyotard might call the terror of language, the Satan of self-legitimizing discourses.

(Matmos is not academic.)

This record is bullshit. After the first listen there’s a deluge of consumer-related questions: who is this music for, Matmos or their listeners? (And can’t it please be both?) Is it okay for me to dance to this, the rare treat of a both smart and funky Matmos record, or is that a betrayal of a tears-and-sweat, honest-to-god concept? How can The Avalanches and Go! Team forge examples of how sampling is fun and off-the-cuff (despite its meticulous process) if Matmos make it a slog of poorly elucidated ideas and high-minded hypotheses? Is it even fair to try and fit the band in the same category, the same genus, the same universe?

The Rose Has Teeth in the Mouth of the Beast is supposedly semi-biographical, each song a tribute to someone who’s influenced Matmos. As self-explanatory as this is, the duo felt the need to internalize even farther by reenacting and recording events from those lives for the purposes of this album. This is an interesting notion and admittedly shoots quite a bit higher than songs more interested in textures and melody than ideas, but in practice there’s little about any of these songs that will tell you anything about the people they tributize, or why those people and the events of their lives are important to Matmos. That there is a gunshot in the middle of “Rag for William S. Burroughs” will not tell you that Burroughs shot Joan Vollmer in the face in a drunken game of William Tell, or why this particular event is of consequence to Daniel and/or Schmidt, or even if that is Burroughs, the self-proclaimed gun nut’s, particular gunshot being referenced. (Though the typing sounds, suggesting that the author may have used a typewriter, are probably accurate.) Because the concept here is so writerly, so inaccessible (unless you are the kind of person also influenced by a 19th Century Bavarian king), one is left with “only” the music, the sounds presented without the context of having researched with which to determine if TRHTITMOTB is enjoyable or not. Ultimately, it’s not that the ideas behind a record needs to be explained in black and white terms, but that the risk of not meeting the listener halfway results in their not knowing why they should care.

And the album is rife with this conflict. “Tract for Valerie Solanas” samples polemic and its justification, words like “aspect of society” and “overthrow the government” and “destroy the male sex,” in a sequence that I can only assume reflects an order used by Valerie Solanas, but without doing justice to the complexity of those ideas or providing them in their historical context. Also, laying these words out over an economic dance track that ends with the sentence, “co-managing the shit pile” and (I swear to god) shitting sounds that are integrated into the beat, is a move that is either horrifyingly pretentious or just hilarious. (I have no idea. I imagine the listener’s patience for this sort of thing will determine the album’s general quality.) While this aims for academia (and, it should be noted, also removes some of the song’s immediacy and guts), the effect is little better than a Kill Bill movie: film students may be able to appreciate a reference to influential genres, but the rest of us don’t know what is happening or why we should care. Unlike Kill Bill, however, Matmos don’t provide samurai swords and sensationalism as a fall back.

“Public Sex for Boyd McDonald,” on the other hand, doesn’t challenge its likeability, is less about decisions that are either questionable or designed to make you question your assumptions than about the simple wa-wa guitar pedals and a rainy city outro (complete with distant sirens). “Solo Buttons for Joe Meek,” following a decidedly unlistenable “Germs for Darby Crash,” is a “Wipeout” drumbeat and violas; both tunes are proof that Matmos, of all people, can actually create solid beats and melodic dance tracks subsequent to (or perhaps preceding) intellectual stimulation, and it’s the sort of thing of which wanting to listen to an album a second time is made. Generally, that the concept of TRHTITMOTB is so opaque results in an album that oscillates between some of the most accessible music of the duo’s discography (including their work with Björk) and solipsistic, conceptual dreck that is poorly realized and thus difficult to enjoy.

“Steam and Sequins for Larry Levan” circles the track in a ballpark gesture of why the crowd sits, head turning periodically left to right before resuming conversation. The whole exercise is a formality, though, a sham. The songwriters know as well as the crowd that the only reason anybody is in the stands is for the spectacular crash. Here, we’ll even sit through a couple of minutes of “Higher Ground” organ to get to it, that challenging moment when you don’t know whether to look away (skip the track) or stare and memorize every second (turn it up).

That Matmos so consistently turn the tiny-boned song structures of their material into flaming wreckage is part of their obvious appeal, why they are heralded more than lambasted, and why they are such apt choices for work with someone as post-“solo artist” as Björk. The Civil War excelled at balancing prettiness with destruction, the appeal of music with the inundation of sound and information typical of our age. Like The Civil War, this binary premise of song and noise, structure and post-structure, driving and crashing is ultimately the band’s primary appeal, and none of the overarching motifs or thematic connections are very discernable without an interview, a press package, or knowing a guy who knows a guy who knows the band. The Civil War failed in many places, when the concept supercedes balance (presumably, where the noise outweighed the song). On The Rose Has Teeth in the Mouth of the Beast, melody is given precedent – though just barely. Thus the album is a more evenhanded effort, to be sure, but one that refuses to settle the disparate elements of the band’s music into a third option – consistency - when to do so might mean their defining statement.

There is no denying, whether one impulses towards insularly academic, post-structuralist noise humps or populist choruses about “ROCK AND ROOOOOOOOOLLLL!” that Matmos have created something dense, complex, puzzling and potentially meaningless to anyone but themselves and those who listen to music with their head instead of their gut, their hips or their feet. None of this is to say that any of the ideas gestating in the belly of this disc are invalid, or that Matmos don’t deserve the credit for setting the bar a little higher – I, as someone who enjoys analyzing music, enjoyed this album. But there’s an important question that presents itself here, after any Matmos record, and it precludes the ability to truly and wholly give oneself to a Matmos album: what good is an indecipherable concept? It’s a shame, really; TRHTITMOTB is at least as good as anything the band has released before.