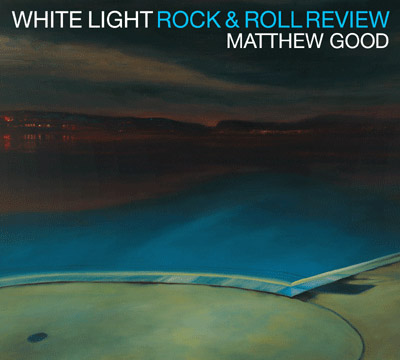 There are few artists I can think of that can elicit reactions as easily as Vancouver’s Matthew Good: a self-professed asshole that, not long ago, fronted one of the more successful (and divisive) Can-rock groups of the late ’90s. A man that has, despite accomplishing that feat, only touched a single significant work with 1999’s Beautiful Midnight—a work that still found itself exhibiting many of the same post-grunge/Can-rock mannerisms of the early ’90s. The group, Matthew Good Band, would only last for one more album after Midnight, but no one really believed that the implosion of his own group in 2002 would stop him from coming back. As it turned out, we were right. A year later, it would drive him to release his first solo record, Avalanche, which made Richard Ashcroft’s Alone With Everybody sound like a modern day Songs of Love and Hate.

Americans have always had it much easier than Canadians when it’s come to Good; despite the fact that Nickelback defied all laws of good taste and human decency to make it big below the border, MGB were never so “lucky,” instead releasing a series of albums (ending with a whimper on Audio of Being in 2001) that quickly bombed, and Avalanche deservingly fared no better. But why stop when you’re the kind of artist that can let the praise of three drown out the collective “boo” of thousands? Why not release another record that instead, in its lone clever move, panders directly to the few that would have loved his first solo record? One of the problems with this reasoning, of course, is that this record fares no better chance of making it outside of Canada. Which leaves the most pressing question thus: does it have anything to offer the same audience he’s been playing to since Last of the Ghetto Astronauts first came to CanCon’s attention?

To his credit, first single “Alert Status Red” is a throw-back to Beautiful Midnight singles “Load Me Up” and “The Future is X-Rated,” though it can’t escape that record’s trappings either. Lyrics like “The only place to find freedom is in the dictionary / Under ‘F’” only serve to hinder the surprisingly memorable melody, which mends a catchier version of “Carmelina” with Astronauts‘ lone compelling moment, “Alabama Hotel Room.” Closer “Ex-Pats of the Blue Mountain Symphony Orchestra” takes Sam Robert’s three-chord Who impressions though the Eagles on a Sgt. Pepper binge, while “Blue Skies Over Bad Lands”—which, outside of its needlessly epic scope, remains the only other highlight—is a patchwork of Avalanches‘ “While We Were Hunting Rabbits” and Midnight‘s excellent “I Miss New Wave.”

Outside of these mild highlights, however, Good returns to what seemingly comes easiest to him: melodramatic whining over tepid FM radio rock. “North American for Life” and “Poor Man’s Grey” are grittier numbers that are as terrible as their titles let on; “Empty Road” attempts to shift from the focus from its obvious “Apparitions”/”Symbolistic White Walls” roots with a country edge, though its Matchbox 20 inspired lyrics (“It keeps me looking / For a place in your heart”)—much like “It’s Been A While Since I’ve Been Your Man”—negates any chance of it working; meanwhile, the Tragically Hip homage “In Love With a Bad Idea” and neo-Soundgarden trainwreck “Little Terror” also stick out as failed attempts at branching White Light into uncharted territories for Good. Though he’s got the right idea, it ultimately results in some of his worst material in years.

In the end, it isn’t so much that Good doesn’t have anything to say with White Light Rock and Roll Review; if anything, the man still doesn’t sound any closer to wanting to shut up, and it is refreshing to see an artist feel strongly enough in his own causes to fill every album with the same themes. Rather, as he has consistently proven with the majority of his releases, it’s that he still hasn’t been able to find a unique way of saying it past “punk-rock” political clichés and by-the-books arrangements. You get the feeling that no matter how seriously Good might take it all, and no matter how sincere this effort this may be, what he continually gives us still—as he so eloquently puts on opener “Put Out Your Lights”—“Sounds a lot like shit / But it goes on and on.”