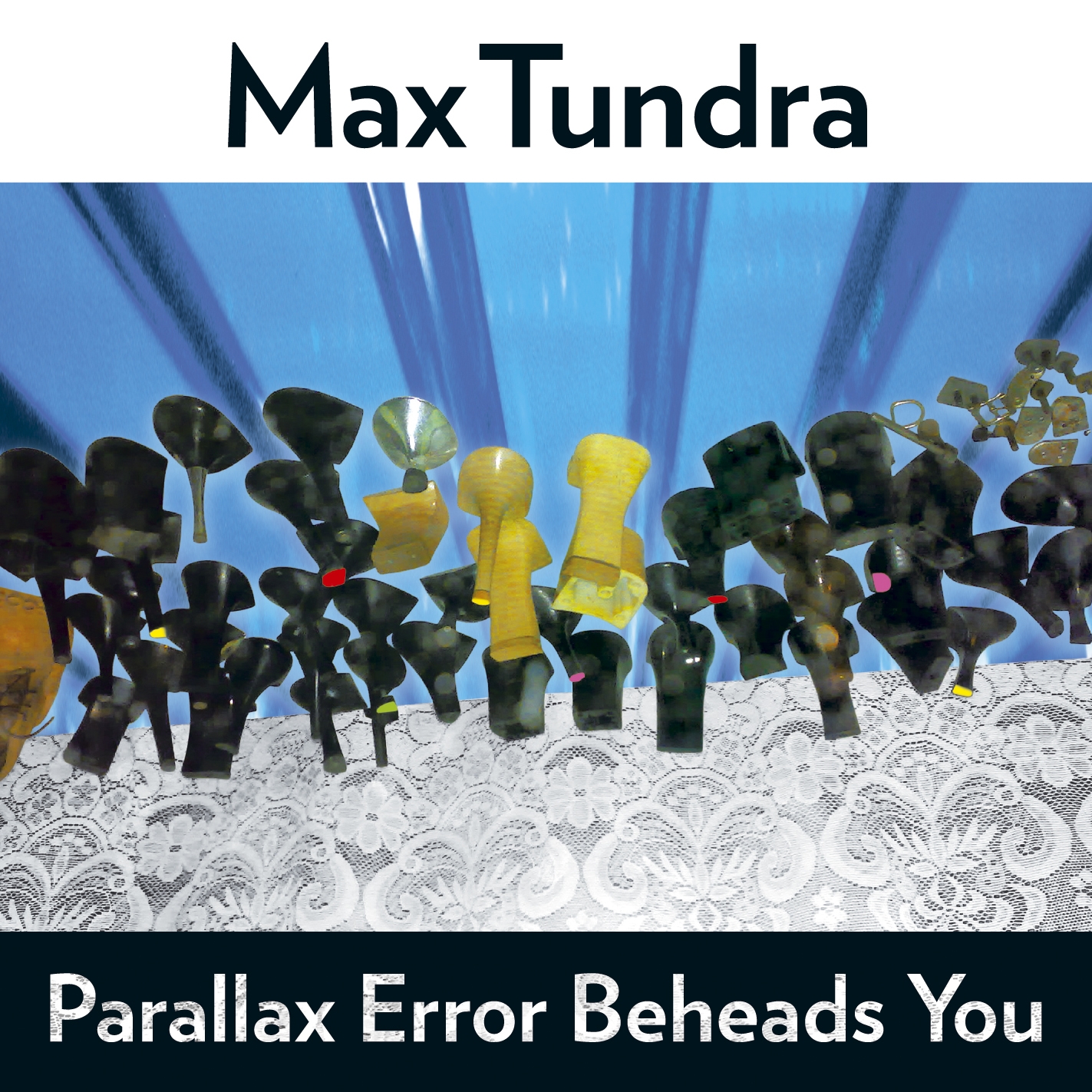 In his review of Saint Dymphna, Mark Abraham rightly challenges the conventional wisdom that bands that start out playing experimental music almost inevitably streamline their technique to produce records more palatable for mass audiences. While it’s clear—and I think Mark acknowledges this—that many bands do become progressively more user-friendly over the years, that doesn’t provide any hard-and-fast rule that such a phenomenon is inevitable, and it certainly doesn’t explain bands like Animal Collective who incorporate elements of pop while still churning out defiant, boundary-shifting music. Put simply: “pop” music which explores new possibilities within the pop framework can be far more “experimental” than some dude jerking off to his oscillator in the basement.

I mention this because, once you get past the fact that Parallax Error Beheads You is easily the most consistently hum-able and danceable album Max Tundra, aka Ben Jacobs, has ever put out, you realize it’s also his most experimental, intricate, sweated-over work. Beyond a doubt, even. What was Jacobs doing in the six years that have elapsed since his last record? Working temp jobs and making this record. And labeling soup cans by hand, apparently. Nothing else. If you don’t believe me, that’s because either you haven’t heard this thing or you’re an incorrigible stain on humanity’s apron. (Sorry.)

Jacobs agrees with me. He’s admitted that, though he fine-tuned both Some Best Friend You Turned Out To Be (2000) and Mastered By Guy At The Exchange (2002) with a perfectionist’s attention to detail, he now sees those records as “amateurish.” Maybe amateurish for a true auteur, I’d clarify, because those two albums are undeniable. But I can see what he means: where Some Best Friend indulged Jacobs’s fascination with video games and TV show themes via a chaotic stew of electronic and acoustic dabblings and MBGATE gave these fractured melodies room to breath while adding feathery vocals and Peanuts-style piano along the way, Parallax Error Beheads You improves upon those albums’ strengths—wide-eyed eclecticism among other things—managing greater coherence and scope than anything he’s ever done. Most of the songs on Parallax are like “61over” from MBGATE if, instead of cutting off its organ line just as it was getting really great, it stayed long enough to hit all those pleasure points you knew it was going to hit.

Of course, the first major difference with Parallax is how directly it delivers its punches. The irresistible opening trio of songs touches upon the electro-funk of Multiply (2005) and the cheeky soulfulness of Sign ‘O the Times (1987)—that is, if Prince sang about iPods and awkward dates instead of, y’know, sexing up your kitten. (It’s telling, though, that Jacobs learned to sing by performing karaoke songs by the Man in Velvet himself.) The surprise this time is not that Jacobs is singing, but how confidently he belts these melodies. This is easy to miss because the first three songs, though arguably the most “pop” of the bunch, grind with astonishingly complex arrangements both classically pop (sunny horns, spry piano chords) and left-field in orientation (synthetic harpsichord, vibraphone, Reichian clapping experiments).

Many have gone so far as to compare this record to Scritti Politti. While I get that the synths on Parallax are often unabashedly “80s” (whatever that means) and Jacobs’s velvet-soft vocals often resemble those of Green Gartside, I’d like to respond: seriously, guys? Scritti Politti are fine for what they are (innocuous synth-pop), but Parallax is a technician’s record.

The only less-than-virtuosic aspect of this record is the lyrics. Since taking up the practice of writing lyrics with his second album, Jacobs has found the art difficult to master. Here he rarely strays far from topics of love and technology, often blurted out in the same sentence. On “Gum Chimes” he sings, “I landed in somebody’s lap / Between the iPod and yellow trucker cap,” and on “Will Get Fooled Again” he recalls meeting a girl on the internet as she attempted to purchase Jim O’Rourke’s Halfway to a Threeway (1999) on eBay. Though simple and a bit cutesy, the lyrics never undercut the instrumentation’s show-stealing spectacle. If anything, the geeky tech savvy of it all only complements his digital medium.

While nothing else on Parallax may be as single-worthy as “Which Song,” “Gum Chimes,” or “Will Get Fooled Again,” “Orphaned” and “Until We Die” are arguably better. The latter serves as a perfect example of how technology correctly exploited can make up for humanity’s shortcomings and coopt its creator to astounding results. Many of its guitar parts consist of single notes plucked and sampled by Jacobs, but played too rapidly for even the nimblest of human hands. Ditto the hyperactive synth arpeggios. “Orphaned,” as I’ve already mentioned may be the quintessence of what makes Max Tundra’s music so intriguing and enjoyable. Jacobs once compressed over 1000 samples into a minute-long song (“Cakes” b-side “Song for Alan R. Splet”); “Orphaned” is the sobered realization of that experiment. The song fires infinitesimally small clips of sound at an incredibly rapid pace to approximate the outer limits of a rhythm that might not even be there. The sensory overload of “Song for Alan R. Splet” may be more “experimental” on paper, but it takes a far greater technician to use this potentially disastrous technique to create something as giddy, melodically infectious, and, strangely, danceable as “Orphaned.” Max Tundra hasn’t circumvented the burden of innovation by turning to the solace of pop tropes; he’s embraced his pop leanings precisely in order to become a greater innovator.