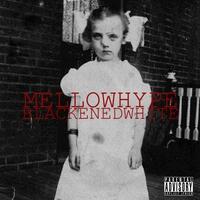 Although by this point you may think engaging with the whole Odd Future business is a task better left to an irreverent mainstream media icon like Nardwuar than to deplorably self-serious white male rock critics such as myself, BlackenedWhite, the proud product of Wolf Gang faction MellowHype—that’d be Hodgy Beats and production whiz Left Brain, for anyone out of the loop—warrants more than any other single OF mixtape or side-project release the unqualified praise I’m going to lend it now. It warrants this praise not only because it’s the strongest front-to-back album released by the prolific collective to date, but because of the quality most clearly distinguishing it from Earl Sweatshirt’s Earl (2010) and Tyler, the Creator’s Bastard (2010), two releases widely considered the group’s best: not only is BlackenedWhite wholly and not-uncomfortably listenable, it’s actually quite fun.

And here’s the thing: it turns out that making thoroughly fun music is the primary thing at which Odd Future excel. All that juvenile shock-horror stuff we’re all probably sick of hearing about? That’s just a cheap gimmick. But the unbridled vitality displayed here, on the other hand, is a selling feature I can get behind. Bastard, despite whatever id-tapping therapy trip you want to argue it’s baring witness to, is emptily enjoyable—oppressive in the way that, say, Dogtooth or a bad Lars von Trier movie is. This is due in large part, as I’ve gone over before, to the content of the album’s lyrics, which run the gamut from tossed-off rape jokes to seething (and, in the context, totally believable) misogyny and homophobia.

How serious Tyler is about this stuff is completely beside the point, because the end result is an album which feels, from start to finish, like a celebration of hate. I tried very hard to approach Bastard on its own terms, to maybe meet it half-way and excuse its reprehensible content in order to enjoy it on a different level, but it came down to a visceral reaction that I found I couldn’t really do anything about. I got a little closer to moral and aesthetic reconciliation with Earl, sole release of Earl Sweatshirt and a more stylistically interesting (if just as reprehensible lyrically) album than Bastard overall, but only because Earl himself lacks Tyler’s abrasive, guttural delivery.

The point in both cases was that the basic appeal of the Odd Future collective—that a bunch of teenagers are releasing a ton of professional-sounding hip-hop for free online, and that these kids are generating an enormous amount of popularity and acclaim without any real resources or assistance—was being undermined for me by I what I perceived to be their music’s fundamental unlikeability. Except what I’ve learned since eventually abandoning Bastard is that not every Odd Future release is as subsumed by its author’s deep-seated emotional issues as that particular one, and that the group in general covers a slightly wider variety of subjects than Tyler’s intolerable fixation on rape and murder might otherwise suggest. Hell, Odd Future even boast their own answer to Drake, which, considering the pose perpetually struck by the group’s de facto leader, is in and of itself pretty astounding.

We might call MellowHype’s primary function, then, to split the difference between the chilled-out R&B of a side-line member like Frank Ocean and the more straight-forward rap stylings of Tyler and Earl. That BlackenedWhite doesn’t really bother with the kind of extreme lyrical content Bastard and Earl traded in is what makes it an infinitely more enjoyable listening experience on just the most basic level—because you’re never asked to contend with hardcore depravity, you’re free to just sit back and enjoy the music, which is a refreshing change of pace for these guys—but that relative cleanliness, combined with a considerably more exuberant and much more interesting approach to production, which spans everything from the top-notch Lex Luger imitation “Dead Deputy” to the Swizzy-smooth “Loco,” makes BlackenedWhite exude fun.

Hodgy Beats himself has been labeled a poor frontman, a born sidekick in need of a bigger star to stand beside, but that seems unfair to his particular talents. It’s true that he’s a less distinctive or superficially interesting presence than somebody like Tyler, whose one-of-a-kind snarl tends to dominate songs on which he’s featured. But as successful albums by the likes of largely ordinary-sounding guys like Drake and Wiz Khalifa have made clear, lacking a striking vocal personality can be excused very easily given the right choices of production, sequencing, and guest spots. BlackenedWhite, much to Hodgy’s benefit, excels in all three areas: Left Brain’s beats are tailored perfectly to his partner’s Wiz-like stoner flow, the record’s paced exactly right, and their Odd Future colleagues fill in the gaps wherever Hodgy’s unsuited (whether that be the R&B hook Frank Ocean lends to “Hell” or even Tyler’s typically hate-steeped turn on “Fuck the Police”). Compared to Hodgy Beats’ sloppy, uneven solo record, The Dena Tape, BlackenedWhite‘s sophistication on these fronts should be apparent.

It’s something of a shame that Tyler has assumed uncontested leadership of Odd Future, because the conversations which follow his spotlight are forced to deal with the least interesting—and ultimately most distracting, so in-your-face is its continuing presence—aspect of the group’s output. When Bastard and Earl and whatever else they release like it cease to be shocking, the hope is that BlackenedWhite and Nostalgia, Ultra and whatever else they release like those continue to be fun.