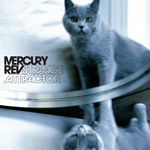 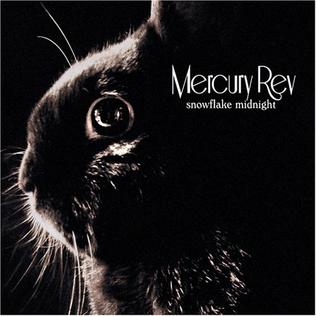 It was a transition so gradual that few seemed to notice, but if All is Dream merely hinted at a more patchouli-scented direction for Mercury Rev, The Secret Migration makes it a little too clear; Jonathan Donohue is officially a dirty hippie. Gone is the mysterious, paranoid romantic of the last two Mercury Rev albums, apparently replaced by a wide-eyed kid embarking on his first acid trip through an enchanted forest. Throughout The Secret Migration’s often excruciating 48 minutes, our hero envisions himself as a white horse “offering you a ride” through a wilderness where “nothing’s what it seems” and “life is but a dream!” Rumors of a Bernard Sumner co-credit are unfounded.

Despite being an American Band (albeit not one about to help you party down), The Secret Migration oddly featured a January release date in the United Kingdom and a mid-May release date on these shores. I assume the reason for this was the simple fact that the Rev have a larger fanbase across the pond than they do here, because January would have been an ideal time to release The Secret Migration, as critics tend to be more forgiving when there’s nothing exciting on the shelves. But releasing this pap in May, haplessly sandwiched between feverishly awaited Spoon and Sleater-Kinney albums no less, is the epitome of awful timing.

In the midst of all this vitriol, I don’t blame you for asking why I purchased this album in the first place (at the import price no less!). Fact is Mercury Rev weren’t always this lame. While I’d be lying if I’d said I was familiar with anything they recorded prior to 1995’s See You On the Other Side (Ed: a damn shame, too, since Yerself is Steam and Boces are probably their best work), 1998’s Deserter’s Songs is a bona fide classic. It's a serving of dark psychedelic pop that while not without it’s cornier moments, balanced them with hefty doses of mystery and paranoia to create a highly engrossing album (I always referred to it as The Soft Bulletin for adults). 2001’s All is Dream (released on 9/11/01) was highly similar to its predecessor, and a shade weaker, but still worthy on the strength of a handful of excellent songs and a continued emphasis on darker overtones (not to mention a cover of Black Sabbath’s “Planet Caravan” on the single for “The Dark Is Rising” that was way better than Pantera’s).

The most glaring deficiency with The Secret Migration is that contrary to its title, there are no secrets to be discovered. All of the darkness has been excised in favor of jarring hippie optimism far more akin to a frat house jam band than anything that used to resemble Mercury Rev. Dave Fridmann’s gorgeous production values still leave the band sounding huge, but tack on a choir and a brass section and you might as well be listening to The Polyphonic Spree. Another newfound problem lies with Jonathan Donohue’s voice. A quavering tenor that splits the difference between Wayne Coyne and Neil Young, it’s been considerably charming in the past, but now suffers from being placed far too high in the mix, and quickly becomes annoying.

A few solid tracks keep The Secret Migration from being a complete disappointment. Opener “Secret For a Song” retools Deserter’s Songs’ “Funny Bird” to create a rousing anthem, “Across Yer Ocean” is palatably catchy, and the Phil Spector tribute “In A Funny Way” features the best production on the album; barely masking the song’s overly saccharine sentiment. But the sugar is sadly everywhere on The Secret Migration, from Jonathan Donahue’s cloying pleas of “lover lift me up!” on “The Climbing Rose” to the purple, Tori Amos-esque butterfly on the album cover. This band simply isn’t the same without a little darkness to balance the overwhelming light, and rarely do the songs pick up the slack. Friggin’ hippies.