Other Records by MF Doom 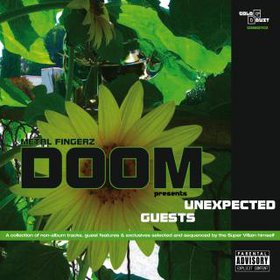 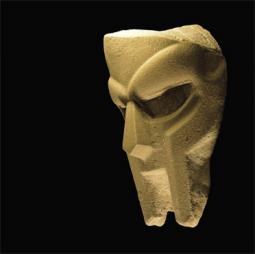 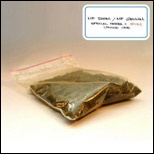 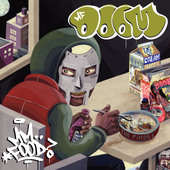 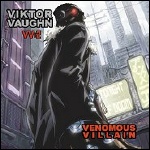 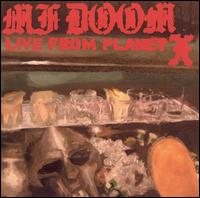 Live hip-hop has a bad rep, and for good reason. Most of the time it’s some boring shit: you pay too much to watch an MC spit (often poorly) over cued up, prerecorded tracks. The Roots disprove that last sentence 285 nights a year, but they remain one of few exceptions to the rule. Not surprisingly, MF Doom, never a rapper to be constrained by expectations, fits firmly into the exception category as well. When I saw him perform, he was bouncing back and forth across the stage, spitting like no other, with just an equally bulky hype man on stage with him, yelling out the occasional line.

Over the last few years and umpteen albums, Doom has proven himself as one of the best MCs currently rapping, creative both in pacing and subject matter. Live From Planet X proves his skills once again, and serves as a testament to the power of live hip-hop. It’s well-recorded, Doom’s rhymes are remarkably clear, and the track selection gives a good cross-section of his recorded output. The downside is that the album is a mere 38 minutes long, seems to have been recorded in early 2004, and Nature Sounds decided not to break up the tracks, instead releasing it as one solid track.

Those are basically the only downsides. Doom takes his rhymes to a whole new level here and he maintains it straight through. In some ways it’s almost appropriate to keep it as one track because Doom just never stops. “Change the Beat” sets up the basic idea: Doom opens up over a Vik Vaughn beat and is moving at top speed, or so it appears until the beat doubles up and he picks up the pace even farther. Anyone who thought his references were weird on Vaudeville Villain hasn’t heard anything till they make it through the brilliant “Name Dropping.” The track packs in more pop culture references in two minutes than your average half hour of Joan Rivers. And the beat kills something vicious.

Doom heads into some solid territory with the dense “Greenbacks” and bouncing “Gas Flows,” leading into the classic “Operation Doomsday.” He rocks four Madlib beats during the concert, and gives a better performance of “Curls” than he managed on Madvillainy. Heading back to older material with “Rhymes like Dimes,” he picks up the pace and his rhymes sound veritably bulletproof. Then he manages to out-do himself with the manic “I Hear Voices,” complete with references to Slobodan Milosevic and the Yankees. In the same sentence. Closing the set with King Geedorah’s fantastic and menacing “Fine Print,” one of Doom’s all-time best album closers, works perfectly: hearing it live you can pick out some of Doom’s quirkiest and most clever lines (my favorite: “met her out in killer Queens / originally she from the Phillipines / I love the way she fill her jeans”).

The live album in general can be a tricky concept, and when it’s hip-hop the odds of a decent final product drop exponentially. Not only is Live From Planet X a fantastic album by live album standards, this could stand up against pretty much any rap album released so far this year. Doom manages to avoid all the pitfalls of the live album: Planet X is well-produced and engineered, Doom comes off as an engaging and impressive performer, and it provides a broad introduction to his broad back-catalogue. Doom once again has set himself up as the man to beat in the rap game.