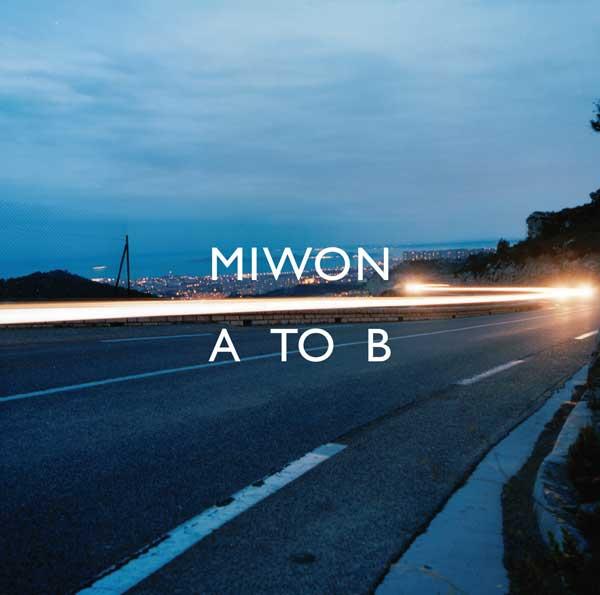 Following on from the cult glow of his Pale Glitter (2006) debut—decreed on all the right forums as the electronic sleeper hit of the noughties—Hendrik Kröz returns with a sophomore helping of his futuristic Miwon bubblegum, this time available in Willy Wonka flavours. Already a front-row performer in the Berlin Laptop Orchestra (think Kronos Quartet on Tamagochi), Kröz’s understanding of the power of pop makes him the white blood cell of the underground, questing ever further into technical finesse to lure more and more geeks onto the dance floor. His new record A To B isn’t a startling departure from his last in terms of themes and direction, but this time round he’s fully acquainted with his coveralls and timesheet and master the beat of the machines. Whereas Pale Glitter was more a collection of viable A-sides laid out in album formation, the ten tracks on A To B imitate nothing but aptitude, tighter than the punch of his first LP while at the same time upping entertainment value. Basically, it’s a functioning version of the Large Hadron Collider you can scale down into a desk toy.

In keeping with the SP of the earners on the City Centre Offices payroll, A To B holds back on bombast and pile-driving to piece together a measured but cinematic landscape. (And not one requiring a room of DJ Shadow B-sides to use for reference either, bonus). Opening number “Shinkansen” consumes seven of the album’s forty-nine minutes but doesn’t mislay a second, all tightly-leashed minimal trance that hovers between parody and invention. It’s a captivating track, wisely installed at the start of the record to signal Kröz’s maturity as a composer-cum-dabbler. His sense of playfulness hasn’t been starched as a result of this refinement, though, and “Kisses To Cure” recruits chattering Moogs and bass pendulums to experiment with buried MDMA. The findings of this investigation emerge in cork-popping victory on “Round And Round,” where half a cartridge of platform muzak gets gatecrashed by termites and daylight. Clearly the blurred highway of the cover art leads to somewhere exotic and thriving.

Fuel for future art installations aside, Miwon’s knack for aural fusion has also come along in spades, ignoring the crumbling energy markets since it was last tested two years ago. With his Bermudas and fir on standby, Kröz is again able to take you from continent to continent as you sink deeper into his setlist, playing up to the transport theme suggested in the album’s title. “Matchbox” is so cold its almost luminous—techno soundchecked in wide igloos, guitars flickering to hold back the ice—while the title track is as warm and busy as a stroll down Sunset Strip (Look! There goes Fleetwood Mac!). Like the friendly plagiarism of his “You can go your own way / You can call it another lonely day” interpretation, it’s that faint murmur of cheekiness that holds the tracks, carrying you as far as spaceboy territory with “They Leave In Autumn” as stoner programming erupts in a blaze of ozone. Keep that one handy for any upcoming herbal epiphanies.

The final triumph of A to B is that it’s near impossible to pinpoint where the pop, techno, and cinematic elements of its author’s imagination shake hands. Kröz has developed his style to fill the album format comfortably, drawing meticulously on his previous venture to tighten his grip on context, and he explores an atlas of electric daydreams with his marriage of crunches and keyboards. The current financial shit-state means that the imprints responsible for these pearly adventure are only just getting their breath back, so for City Centre Offices to come back from the dark with such a valuable and hypnotic stonker, it makes you believe that sometimes all you need is a sea breeze. Now you can be sure that if the New Guy doesn’t work and capitalism truly is dying, it can at least fade out with a grin. I for one hope that Mr B.O. and co will work hard to keep music like this in voltage.