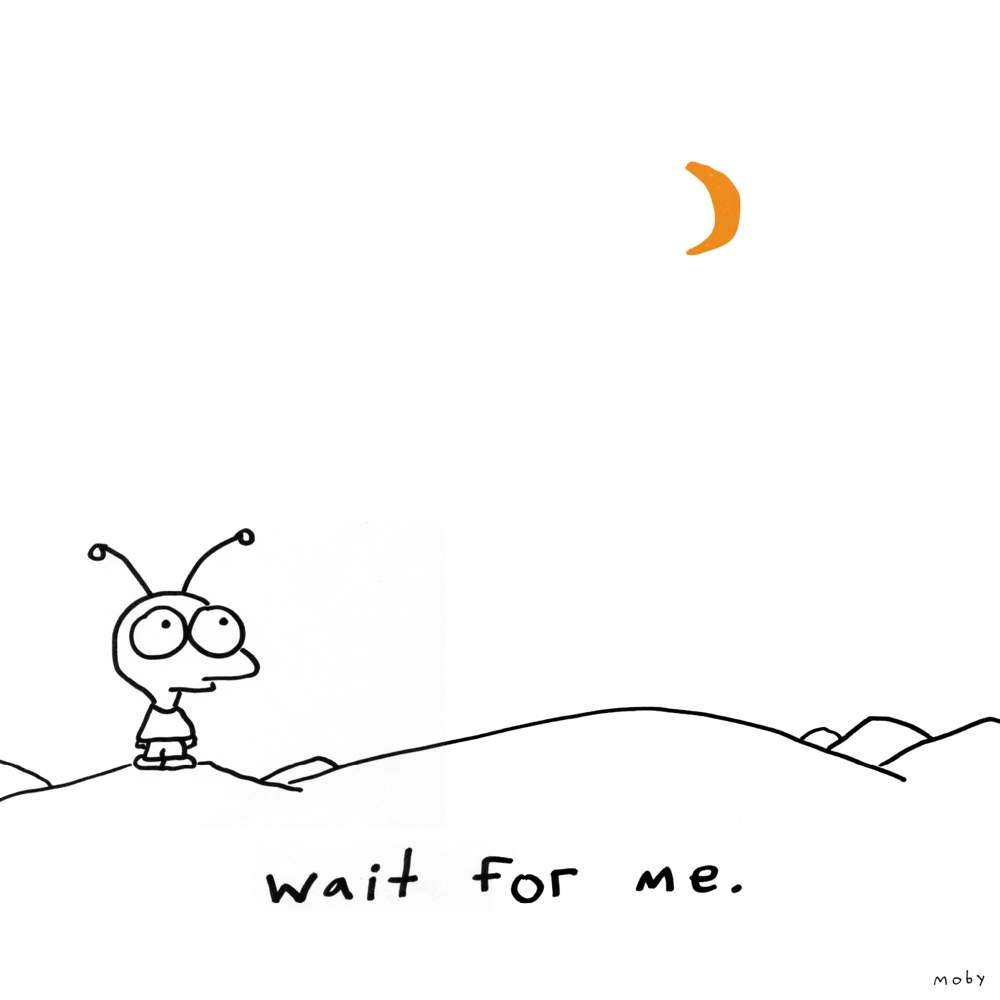 Pity Moby: he sold out a scant half-decade or so before it became trendy again. Before The OC and “Since U Been Gone” and Kanye and other signs that the intelligentsia of what’s hip no longer give a rip about whether an artist sells his or her songs as long everyone’s being real about getting paid, Richard Melville Hall went quickly from comeback kid to pariah. (Remember that time when a diss from Eminem actually mattered?) Since 1999’s unintended behemoth Play, Moby’s made what essentially amounted to Play 2 (2002’s 18), made another sad stab at rock (2005’s new wave nadir Hotel), and bounced back with echoes of trendy New York discos past (2008’s Last Night). Now comes the record that peels away more layers of this much-maligned man-child than ever before.

Wait For Me is the saddest album in Moby’s oeuvre; for a man who made such a personal meditation out of 9/11 as 18, that’s saying something. Promotional material for the album (including an adorable note from Moby, written in all lower-case, natch) repeatedly states that Hall composed Wait For Me without regard for commercial viability, having been inspired by a lecture delivered by David Lynch. Much of this record still wouldn’t sound out of place on Play or 18, but it’s worth mentioning that there’s nothing as innocuous as “Bodyrock” or even as upbeat as “South Side” this time around (and forget techno: much as I might be one of the few who still cherish his first two albums, it’s pretty clear that he’s flat-out done with that era). The closest we get to a traditional single is “Mistake,” a New Order-lite song that sounds oddly reserved. It’s not as if he’s being dishonest or holding something back unnecessarily; no, it genuinely seems like if he cranked things up or stepped closer to the mic, Moby would start bawling.

He’s always had a melancholic edge, even since his breakout hit “Go,” which sampled music from Twin Peaks and was astoundingly non-euphoric for a dance single of the time (rivaled chiefly by Orbital’s emotional “Halcyon + On + On”). Even when there are no lyrics, the spacey synths of tracks like “Scream Pilots” or the achingly gorgeous highlight “Slow Light” drift in an unforgivable expanse like the decaying machinery on Major Tom’s lost spacecraft. Appropriately, a listening party for the record was held at New York City’s Hayden Planetarium, complemented by beautiful-yet-isolated visuals of the cosmos.

Beneath the blue reflections and puppy-eyed innocence (see the stark depiction of Moby’s mascot, the Little Idiot, on the cover), an unlikely, optimistic spirit bubbles over at Wait For Me‘s edges. “Study War” revisits the Play formula of sampling an old, obvious recording, this one of a preacher envisioning a time when “the battle will be over.” It’s a crass move on paper, to be sure, but coupled with reserved guest vocals from Starr Blackshere (one of the many relative unknowns to lend their talent to the record), it ends up more beautiful than it has any right to. Likewise, “A Seated Night” layers enough strings on top of angelic choral vocals to drown in a sea of syrup, embodying a kind of unexpected and tarnished longing. Not coincidentally, Ken Thomas, the album’s producer, has also worked with M83.

When Hall claims that Play wasn’t intended to be some smash hit, it’s not hard to believe him. He was well past his prime creating weepy progressive house hits and was recording on the heels of 1996’s hard rock misfire, Animal Rights (the one with the Mission of Burma cover). The magnitude to which Play secured a comfortable life for Moby drew closer scrutiny from critics who latched on to the attack that it was dubious at best to see a white pipsqueak make so much money from sampling ancient recordings. Hall sidesteps a repeat of this scenario by making Wait For Me an in-house affair between himself and his friends, an accent on the former; Moby has clearly labored to make this personal. It’d be to a fault were it not for the fact that the record as a whole is easily his most consistent to date. And so it’s possible that the songs on Wait For Me will end up in the same coffeehouses and car commercials and other small, sterile environments as those on Play, but Hall’s drawing inwards as hard as he can, to the great benefit of his compositions, and Wait For Me is unabashedly majestic.