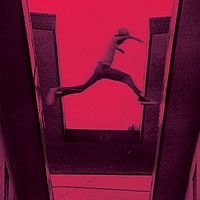 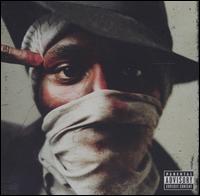 “I am / the most beautiful Boogie Man.”

On the jazzy downbeat lounge opener to The New Danger, Mos Def sings. He does not rap. There are no programmed drum hits. There are no sampled instruments. He’s standing in front of five empty whiskey glasses that he can’t see through the smoke, swaying back and forth, crooning.

One version of the story: during the Great Depression, when African American unemployment was at 60% (and, at one point in 1932, a full quarter of the entire population of the state of Mississippi was auctioned off), jazz branched out. Jazz was cheap and certain strains could be played on a piano. You could dance to it; people didn’t worry about finding work when they were dancing.

One popular, really cheap version of jazz was dubbed “Boogie Woogie” by the legendary jazz promoter John Hammond who, in 1938, organized a Boogie concert in NYC---the first event of its kind to take the music out of the bars, house parties, and block parties, and into an organized, profitable event. Newspapers (always have been corporate) started covering Boogie shows. Often, the assigned writers didn’t really “get” what was going on. Negative reports threatened to cool the new financial resource and artistic outlet for the more-creative members of a troubled society. Musicians christened the misunderstanding reporters “Boogie Men.”

“I am / the most beautiful Boogie Man / What we are is low and lovely.”

Now, almost everyone has panned The New Danger. And yeah, it certainly isn’t a streamlined, cogent up-and-down hip-hop quasi-classic like Black on Both Sides. It certainly isn’t cogent in the least; the tracklist genre-hops like a washed-up pop star trying to rediscover himself. By necessity, that means it isn’t always hip-hop, either: reggae chatting, heavy-metal guitar riffs, R&B balladeering, slick Barry White-ish love song arrangements, Lil Jon quotes, a Jay-Z spoof, Mobb Deep beats, Jamiroquai disco, blaxploited funk and a blues song. Which also means, again by necessity, that it’s largely half-baked in its execution; no one can spread themselves this thin and still come off with something that can proudly be called a “cohesive album.” So what the hell is the Mighty One up to?

My interpretation: this is a culture statement; Mos Def is taking it upon his own shoulders to critique the music industry. Done before, I know, but not really from this specific angle. Aside from that tired-but-noble quality, The New Danger is also a bottom-end-of-mediocre collection of music, but it’s an interesting work from a critical perspective. And it does happen to contain some solid songs and lots of inoffensively bland ones. And that’s why I’m having a hard time saying “this sucks” or “I’m disappointed.” I’d rather hear someone go out on the furthest limb on the tree and fall off than attempt a retread of the safest-route-to-sales and still fall off (see Peter’s Talib Kweli review this week).

Note “Ghetto Rock” where, over a sparse distorted-snare-pushing tribal plodder, Mos eschews the previous song’s hard-rock guitars and funky worm wah-wahs. On “Freaky Black Greetings, one song prior, Mos was simply shouting “Rock widdit…Mos Def…Black Jack Johnson” like he owned the song, as if he was at a late-'70s block bash where the MC’s only role was to support the music-making DJ with party-encouraging ad-libs. “Yes we are so ghetto / Yes we are rock-n'-roll” is the follow-up to the traditionally-MC’d rock song, and is defiantly reactionary to the head-banging guitars that precede its own 90% “pure” hip-hop beat and “traditional” braggadocio raps. The juxtaposition of these two songs indicates that, to Mos Def, hip-hoppers are rock-n-roll, and, therefore, can do their MCing thing over a Motley Crue song if they so choose.

This would mean little without the forever-nagging music finger traditionally pointed at Elvis Presley in accusation of “stealing” blues-rock away from African Americans in the 1950’s in the first place (this suggestion has turned up as recently as on Saul Williams’ new album, read the CMG review here). Mos, here, can therefore be seen as repossessing “rock” and refitting it into the “pure” hip-hop context. You’re not convinced.

Well, how about “Zimzallibim,” where Mos mixes imagery: “Show you how to really make a mosh pit bounce / Show you how to really make the ghetto wyle out.” The beat is traditional hip-hop, circa Erik Sermon’s mid-career bassline-driven work, and we’re still hearing about “ghetto rock with me” on the hook. Mos upshifts into “all I got is hard rhymes and hot spit fi dem” with a reggae chat that rides the traditional mid-90’s hip-hop vibe nicely. We get the mandatory dancehall gun clap references, and then the track suddenly shifts directly back into the heavy metal guitars that opened the song, soon fading out. Rock-speak over “normal” hip-hop, reggae chats over normal hip-hop, reggae chats over rock music, rock music leaves alone by itself. What I glean from this is, succinctly, that “everything is black music.”

Why do I have to stick a race on it? “The Rape Over”, a satire of Jay-Z’s “Take Over” (and, arguably, a sly jab at the corporate mogul himself) starts off: “Bald white men is runnin this rap shit / corporate forces is runnin this rap shit.” You’re not escaping the stigma of hip-hop moralizing when you 1) base an entire song on the “evils” prevalent in the genre; 2) name one of those evils as corporate forces; 3) ironically do so over one of the most popular beats by one of the best-selling major-label hip hop artists ever; and 4) morally-load the song itself (on historical terms) by calling it “The Rape Over.” Mos continues: “MTV is runnin this rap shit,” and apparently so are Viacom, AOL, Time Warner, cocaine, Hennessy and “quasi-homosexuals.” He concludes with the pregnant-pronoun prefixed “We broke out our asses for a chance to cash in.” Mos is obviously and rightfully picking sides like many of the most impassioned and convincing hip hop lyricists have (KRS-ONE, Chuck D, Wise Intelligent, Boots). He has filed a complaint about black music’s place as the now-biggest money-maker in the Old Boys’ Club Music Industry. With roundabout documentation he shows that this has all happened before in the 50’s, starting with blues-rock, another genre he dabbles in on “Blue Black Jack.” Mos gives a mission statement: “Black Jack was a fightin man…stand ‘em up, knock ‘em down.” His point is urgent.

Take a cue from the slave-painted face in the album notes, or the self-effacing threat made on the cover. “The New Danger” was that hip-hop is today found everywhere: in rock, heavy metal, reggae, jazz, blues, pop, MTV, AOL, Time Warner, etc. The Newer Danger is that the bald white men are at its helm; it’s now the best-selling corporate-defined musical “genre” in the world. Mos Def has made a poignant cultural statement packaged in a mediocre record. Lofty goals like this are seldom found in today’s NYC-based indie rap, so don’t even mention Billboard-charting hip-pop by television actors. The fact that the music sounds as stale as it does is simply an exemplary symptom of the disease we’re being warned about. And the worst part is nobody cares – Mos Def is probably chuckling to himself right now as the album hovers around the #5 position on the Billboard Charts. If Mos Def is indeed leaving music with this album, he’s wagging a middle finger behind him as he goes.