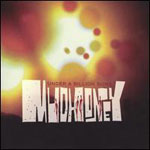 Under A Billion Suns

In classical musicological theory, rock and roll works best as a form of protest. It ought to piss off parents and question authority, which is why The Woods was, for all of its caterwauling thunder, an afterthought when compared to an album like Apologies to the Queen Mary. Rock and roll is meant to be abrasive and angry, and, while it can be fun, too, rebellion is the central tenet that holds up the entire ideal, the redemptive notion that transcends trend. So, in an era of brash, hateful politics, where Patriot Acts creep like rats in the walls, a cultural imperative falls upon the shoulders of musicians. They have to question authority, if only to get the ball rolling, to act as a megaphone for the complaints muttered in coffee shops. Thus shit-joke fuckheads like Green Day become political pundits of the first order, and elder statesmen like the Boss become emotionally reenergized, emerging from dusty folk covers to canonical statements of meaning.

In this light Mudhoney’s newly political Under A Billion Suns doesn’t come entirely as a surprise. Even if they always were the sloppy, less-loved younger brother to their big-name Sub Pop siblings, they had wit and charm to spare, and the righteous ruckus they raised musically belied an intensity of thought that didn’t seem entirely apolitical. In a lot of ways, they were the grunge band to root for, funnier and looser than their brooding counterparts, and so the emotional growth expressed on Under A Billion Suns is easy to get behind. Finally, one might think, something substantive.

Such thoughts would sadly be wrong. Mudhoney’s politics are all affectation, cute bumper stickers that cheapen the real complaints at hand. “Hard-on For War” is as politically astute as its title would indicate, making the stoned observation that maybe old men make war to get the younger men out of the way—get it, so they can fuck their wives! On “It is Us,” Mark Arm offers the t-shirt sloganeering, “Who’s that lurking among the trees / They’ve got bombs that spread disease.” Political commentary in rock music works best when oblique, as the backdrop of a scene. This is why What’s Going On worked, it’s why I'm Wide Awake, It's Morning worked, it’s why American Idiot worked (in the spots where it did), and it’s why Suns doesn’t. Mudhoney lack the frantic see-everything fury of, say, System of a Down, and so these earnest missives come as unfelt blanket statements. It’s as half-assed and uninspiring as the Rolling Stones’ feeble “My Sweet Neo-Con.”

What keeps the album from becoming a chore is the music, which is as inspired as the band has produced, and the production, which has the depth of thought and ramshackle fury lacking in the lyrics. “Let’s Drop In” is a tortured blues workout, its potency made palpable through the spinning, crashing production of the drums. Opener “Where is the Future” is all skittering drums and leering guitars until chimes and a host of boozy brass overtake the chorus. “Blindspots” inverts the structure, bookending the album with a muscular mirror version of the opener.

The problem isn’t the music, which is lively and varied, but the disconnect between the artistic intent and the artistic output. All of these tracks work within classic “rock and roll” formats, which would seem to excuse the tepidity of the lyrics sheet. The problem is that political music simply doesn’t fit Mudhoney—because of the meek, self-conscious attempts at political commentary, the entire album seems foot-shuffling and shy. One can only hope that Mudhoney will learn from this attempt at progressive thought and go back to what they do best: namely, being Mudhoney.