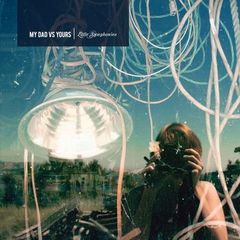 My Dad Vs Yours: Little Symphonies 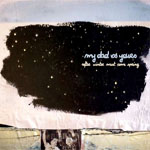 After Winter Must Come Spring

After Winter Must Come Spring was recorded early in the year by Efrim of Godspeed You Black Emperor! and A Silver Mt. Zion, and this tidbit of secondary information lets slip more about the band’s influences and desired direction than perhaps even they had intended. While not straightjacketing the listener into the intentionally challenging (and sometimes grating) elements found on much of Constellation Records’ output, the album’s opening tracks do their best to fit the band for a dreamy, post-rock outfit more suitable to the blustery streets of Montreal in the dead of winter than to…well,the blustery streets of Ottawa in the dead of winter. Opening the album with these tracks is an interesting but effective first motion, establishing a style relative to the band’s mother genre before building to album centerpiece(s) “The Harder We Work…” and “…The Behinder We Get,” and the clap-along “Tanz Mit Uns,” which feel more definitively theirs.

It can be difficult to quantify the successes and failures of instrumental music (especially post-rock, with much of its stylistic seriousness) as a vehicle for ideas. It’s unclear what the band hopes to signify, if they indeed hope to convey anything. After all, to want to “just” play pretty music, especially music as pretty as this, is certainly no failure. But the inside cover quotes Camus and romantic poetry, and the song title “No Farms No Food No Future” imply that perhaps the band has something it wants to say. And then there’s the title, assuming After Winter Must Come Spring entails less a knack for meteorological predictions than for the elusively metaphorical. Thankfully, the album never overreaches for space outside the limitations of its genre, never stands in the way of its simple loveliness, and is full from beginning to end with pretty music done well, keyboard atmospherics and rock-solid bass entwined with a few samples of faraway children eerily echoing insinuations of the band’s potential. My Dad Vs. Yours may be capable of something epic.

This album’s level of success can be pinned on Tom Herbert’s lead guitar, which paints the album’s duration with Explosions in the Sky textures while perhaps implying an unhealthy fascination with chorus. As the loudest, most consistent and distinctive sound on the album, Herbert’s guitar work is backed solidly, yet dictates the direction of the contributions of rhythm guitarist Jose Palacios and keyboardist Kelsey McNulty, who play around more than with the worming signatures of Herbert’s leads. The effect is more fortuitous than it may sound: where instrumental post-rock has a tendency to favor rhythm over melody, My Dad Vs. Yours has a leading voice and melodic centrality their peers often lack, and this melodic center is a winding path that leads from the album’s opening to its closing moments.

Though the CD does have the feel of a self-released / self-financed record, After Winter Must Come Spring does not suffer for its ragged edges so much as imply that the song’s flourishes and crescendos are natural, the very real product of a band’s very real performance. “Bellicose” both rises dynamically while descending melodically, each band member’s respective part locking from disparate paths into one but reined in by Brisindi’s steady accentuation. The majestic “In My Arms We Shall Begin” chimes unapologetically into “Spinners,” and the closing duo reconciles the album openers’ genre referencing with what is more confidently the band’s voice.

My Dad Vs. Yours make refreshingly clear and straightforward music that is sound in structure and effortlessly performed while staying faithful to a genre that is often wrong-headedly mired in its own conventions (and I say this as a fan of it). The band has moved beyond the state of finding its sound, the state during which most bands incubate permanently and die a premature death. They’ve released their first fully formed statement.