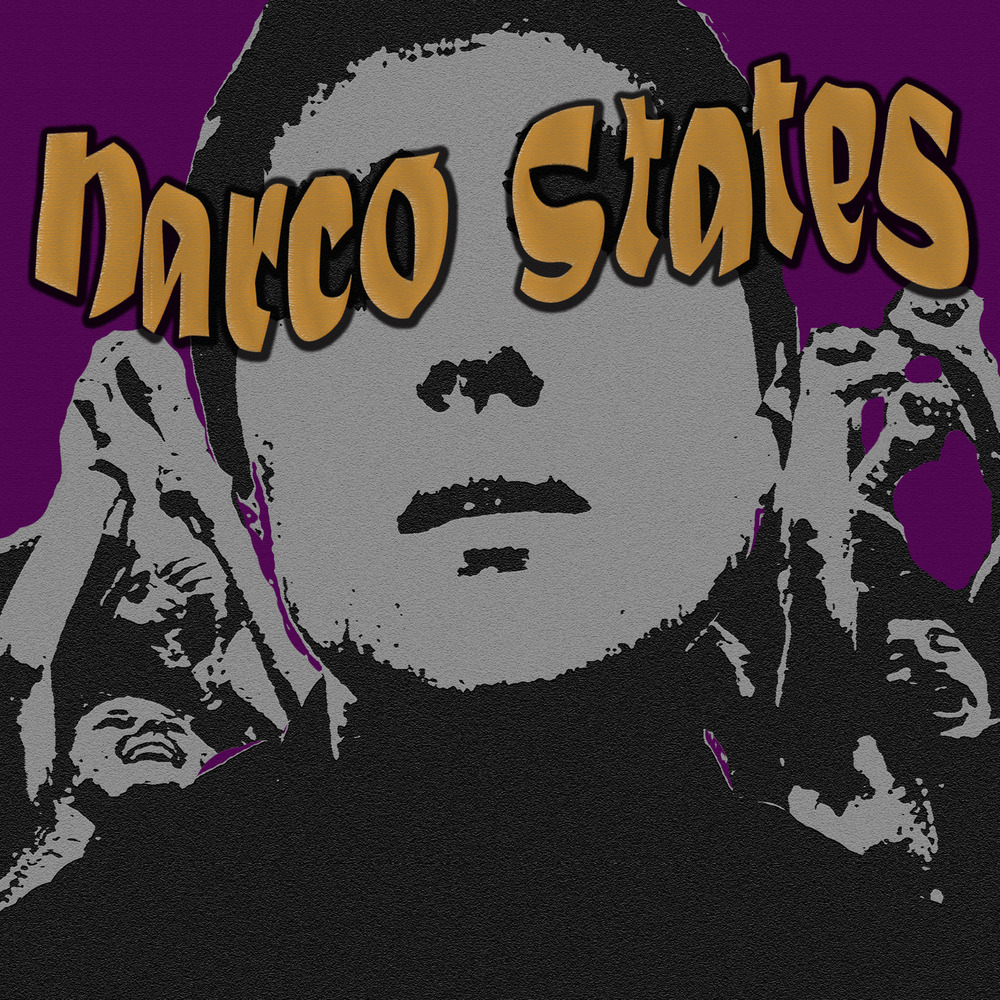 Narco States’ self-titled EP is the kind of small record that’s easy to miss, particularly if you have never been party to one of the Minneapolis band’s reportedly righteous live shows. Though fully immersed in the ’60s garage rock sound that’s so on trend lately thanks to the likes of Ty Segall and Thee Oh Sees and a million others, Narco States own a particular, gritty sound that rests somewhere between the Stones and the Cramps. And with lead singer/guitarist Michael Meyer howling at full tilt and organist Aaron Robertson banging away, it’s clear this is not a self-consciously nostalgic sound; this is a serious garage rock band looking to make loud, fun, creepy music that’s also gently controlled and dynamic—something that can’t always be said for their contemporaries.

This four-song EP, the band’s first release, begins with the sucker-punch of “Jailbird,” an organ-aided garage rock tune that feels invigorating if a little familiar, at least until the guitar kicks out about midway through to spotlight Meyer’s raw vocals over Steve Bleed’s drums: “Only time will tell / If you’ll be here or back in jail!” Closer “Lost in Time” unleashes this same raucous spirit, with the difference being that “Lost in Time” was recorded live (at Minneapolis’s Hexagon Bar, my personal nominee for world’s greatest dive) and hints, as best it can through the muted production, just how well these boys can entertain a crowd. Narco States sticks pretty closely to the traditional garage rock template, but does manage to spark off in a promising direction with their foray into surf rock and Link Wray tremolo, “Left Hand Right Hand.”

The standout, however, is “My Only Sin,” a moody track that slows things down enough to make this EP feel like more than just fifteen-odd minutes of rock ’n’ roll. Narco States seem to realize the all-important rule that not every song needs to be a crowd-pleasing freak-out. “My Only Sin” is the opposite, spooky and slow with the kind of evocative lyrics missing from a more run-of-the-mill track like “Jailbird.” With creeping desperation over a slowly picked guitar, Meyer croons “The war is over / I’m a fallen soldier / My battle cry is dry / In my throat.” It’s here that Narco States really deliver on the promise of the catchy first two tracks, calling to mind one of the best garage rock revival bands of late, The Fresh & Onlys, who balance out their rock material with a similarly otherworldly, sinister mood.

Narco States is a fun, blink-and-you’ll-miss-it affair, but it somehow manages to unleash a lot of energy and cover diverse territory in a short spurt—qualities that bode well for a future full-length. Much like it was in its heyday, the garage rock field is pretty crowded these days, but rather than wearing out yet another hastily released Ty Segall EP, it’s worth it to check out a lesser-known, less prolific group like Narco States. They may be working in a throwback genre, but such capable hands and a true DIY spirit imbue it with a lasting vitality.