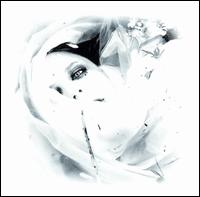 I decided that the best thing to do for this review was to proceed from its short press kit. First, for any indie critic a certain number of elements to be found therein are immediate warning signs:

"Nell grew up in Brooklyn, NY listening to Beethoven and Brahms by day and the Doors and the Rolling Stones by night." OK, all of us listened to the Doors and the Rolling Stones, and what is probably an equal number listened to Beethoven and Brahms. My parents, who know very little about any indie rock or rock in general, know these four entities through and through.

"Nell recorded Day for Night at Oceanway Nashville (Matchbox 20, Sheryl Crow) in just under three days in early 2003." There are two obvious bayonets in this sentence – first, the references to two of the worst artists that I know of; they connote heavy production and a lack of songwriting chops covered over by atmosphere or singers who have talent in their pipes but not in writing down compositions. The second is letting us know that it took under three days to record the album. If any band, including Radiohead, sat down and recorded an album in fewer than three days, I would be very wary. A lot of things can be found out in the studio. This note puts in my imagination a girl who had a bunch of tunes composed, had played them in bars and clubs for a while, and finally decided to sit down and put them on an album without considering if anything extra was needed.

It’s a good thing that the warning signs, which might as well be fifty stories in height, don’t really describe fairly Nell Bryden’s album. But the reason I did choose to proceed from the press kit is that they hint at the album’s main weaknesses. I don’t want to pan the debut from a new singer-songwriter, because it’s hard as hell to actually succeed in that effort, but Bryden, or her production team (which seems to hold more sway here) could use a few tips.

First, what I said about the connotations of the Matchbox 20/Sheryl Crow references unfortunately do apply here. One of the overwhelming flaws of the album is in its production, which is so unbelievably slick that Stewie could slide across it on his bum shouting, "I’m nudes on ice!" It’s pure faux-"lush" soup. The drums pound with the force of tectonic plates, the guitars are so finely tuned and reverbed that they could’ve come from a computer, and the bass lines? Well, crystalline doesn’t quite do the amount of production involved justice.

There’s a paradox here. Bryden has traveled around, playing in jazz and folk clubs and penned her own material for what seems like many many months; yet her debut is a safe, overproduced affair that has none of the raw elements that make singer-songwriters affecting. And that’s precisely the problem. She is a singer-songwriter with nine backing musicians, five of whom play electric guitar for her. There are so many extra trappings here that Nell’s evidently strong pipes (she has a decent range as well) become just another element in an affair of production.

To be sure, the album has all the elements of commercial success; it’s easily accessible, has a couple of strong singles, and a bunch of the tracks here are pure U2 (the melody from "White Rose" being a direct plagiarism from "One Tree Hill"; tellingly, it also makes the track one of the more enjoyable ones of the CD if we’re able to, you know, forget that "One Tree Hill" is actually a far better song). For those who "like how U2 sounds" without knowing why they were great, this album’s obvious singles will surely strike a chord. And it’s certainly going to be able to appeal to "country-fans" with a couple of extraordinarily out-of-place banjo-inflected country tracks; but in terms of real musical cred, I don’t know if that’s such a good thing. It’s unfortunate, but the people that this album really threatens to alienate are the indie-rockers and intellectuals, the two groups of the mentioned three that I would hope Bryden would try appeal to most. I don’t want to pass judgment and say that this album is an immediate reach for commercial success, but the more cynical among the indie press will have no compunction labeling it as such unless Bryden wants to improve on the following:

1) Talent isn’t easily evident in an overproduced affair. "Sounding nice," applies to this album, and that’s not a good thing. The shame is that Bryden obviously has some songwriting talent and vocal chops. The key to legitimacy is showing that these chops can hold water when the focus is on them and not the production and constantly crashing cymbals. A more stripped-down approach is the only thing that can repel those indie assholes of us who want to use phrases like "empty atmosphere" or "pure gloss."

2) Spreading your focus so thin that it fades to non-existence is not the way to "meld and defy genres." Thematically, this album needs some sort of cohesion. The only reason one wouldn’t be able to classify this fairly is that it most easily fits into the "middle-aged safe rock category." There is nothing here that differentiates it from most emotionally heartfelt rock-without-a-bite. And including apparently random country tracks doesn’t help.

3) More focus on songwriting. A good deal of it is severely underdeveloped. In "Daylight," an energetic initial hook made me feel like I was getting into some really good sonic territory, despite the overproduction – but the song didn’t evolve or build into anything else. Elements didn’t fall away or grow or vary themselves up at all. For four minutes the same, almost automatic driving rhythm stays so constant it sounds programmed. Nell’s backing band, which is composed of what the kit calls "Nashville’s finest musicians" could easily be a few slightly varied loops. The same type of problem ails a good half of the other tracks here.

So…there’s room for improvement. It’s a debut; no one ought to expect ground-breaking results. But finally putting together a debut is, in indie circles and intellectual circles alike, a long process which involves a good deal of time in the studio, and a condensation of all the (usually years worth of) material that you’ve been hashing out. Day for Night is quite the opposite; it’s undeveloped, over-produced, and gets tired after a few listens. To actually get into the spotlight usually requires more shelf life than Nell Bryden’s got at the moment.