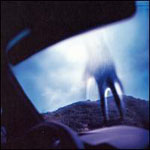 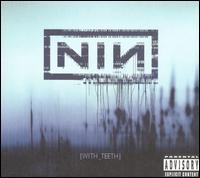 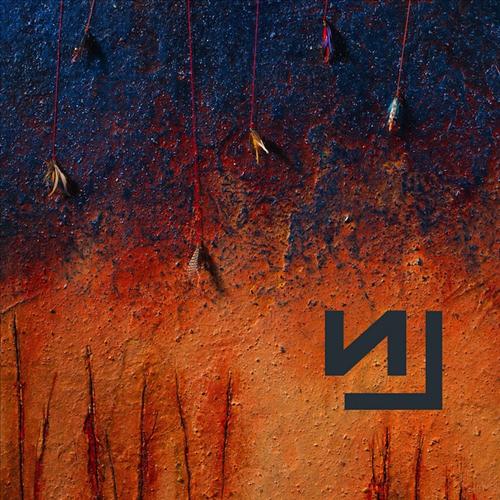 As Trent Reznor will tell you on Hesitation Marks, the first Nine Inch Nails record in five years, he’s been everywhere, seen everything, and done it all. But unlike artists whose worldliness imports them wisdom, Reznor finds it a burden: to be so far removed from the ferocious recordings that built him a reputation of urgency and disruption, not just older but at this point simply old. His timeworn plot devices, the aggression and addiction and torture gymnastics, are by now irrelevant, and the one-off projects and movie scores could only last as long as he could stomach a dwindling cultural significance. So it’s exactly in this critical spirit that Reznor finally sits down, options exhausted and veins sore, to once again tinker with his most successful brand, and the result is the first NIN record that flaunts evidence of forethought.

Granted, Reznor’s long been a perfectionist, and most everything he’s committed to record is symptomatically precise, but he’s never achieved—nor seemingly wanted—a sound as fluid and approachable as on Hesitation Marks. A song as sparse as “Find My Way,” with singsongy verses and a exacted, circuital chorus, has no common DNA with the synthetic sensory overload of Pretty Hate Machine (1989), the jigsaw sound riots of The Downward Spiral (1994), or the conscious anti-music of The Fragile (1999). Yet it’s achingly beautiful, rolling along like monkish background music just good enough to steal away your attention from the visual, for a moment. Indeed, this is not your teenage son’s Nine Inch Nails—but neither is Hesitation Marks another of Reznor’s undercooked gimmicks (the laden instrumentals, the concept record, etc.). It’s an earnest and worthy effort to prove that this band can matter without the PMRC stickering its album cover.

In doses, it works. Twin intro tracks “Copy of A” and “Came Back Haunted” are ten minutes of controlled fury, swappable for one another but a proper reassertion that Reznor’s hooks have survived his resurrection. The blueprint for each—twitching blips at the track core, metronomic and pulsing percussion, synth layers to denote the moments most dramatic—is predictive of this entire show, though these two songs more than others evoke past NIN hits, especially in content. It’s jarring, and almost seems a sequencing error, once you hit the album’s white funk midsection, bookended by the staircase riff of “All Time Low” (like a Timbaland production in molasses) and the bobbing, call and response-ready “Satellite,” and just as jarring to hear Reznor so lyrically composed throughout. His rare spots of anger are aimed at distinct and ambiguous targets—unlike the vicious hate poems he once leveled at his old favorite scapegoat, the world—and he’s slyly powerful in the record’s barest moments. This makes “Find My Way,” on which you can sense reflection in his voice, so effective, but it also makes the robotic tenor of his otherwise clichés so frustrating. (From the chorus of “Satellite”: “I’m one step ahead / I’m part of you / I’m inside your head.”) Such kneejerk lyricism expressed desperation and frenzy when Reznor was still screaming in wrath, but the quieter introspection of Hesitation Marks seems to demand more.

Part of me wants to champion the record for existing as it does, but it too often feels like a looping advertisement for what truly deserves attention here: NIN’s revamped stage show, and the beefier version hitting arenas this fall. The truth is that these song arrangements, as seamlessly-layered and cerebral as they are, have a neutering effect on Reznor’s message, and tend to imbue shapelessness across this album. His early days relied on the same droning machines, but juxtaposed them with vibrant and maniacal emotion; nowadays, without the sting in place, the songs can feel too soft and cool for a second listen. (That Reznor is hawking an “audiophile” version of Hesitation Marks, which purports to sound the same yet nicer and crisper, is like a bouquet atop the grave of his subversive self.) For Christ’s sake, Lindsey Buckingham plays on this record, and even so you can’t really tell—his easy-eyed noodling gets folded into the NIN 2.0 churn, a relic of something more lifelike that’s been reduced to its cue.

Put it this way: the first time through Hesitation Marks, the divisive “Everything” seemed almost tasteless, its new wave swing and general sunniness a joke. Now, however, the song has become a favorite, if only for how alive it feels (there are harmonies) and how nakedly Reznor discloses his pop fetish. It’s a happy fucking song written by a happy fucking man, a man with a beautiful wife and an Oscar and two kids he got to name Lazarus and Balthazar, and it’s a song that belongs on a record less sleekly-engineered than Hesitation Marks. Reznor has undeniably aged gracefully—and while that may not be the best thing for NIN, it does mean there may still be life in this band if it focuses in the future less on recreating its sound and more on recapturing its soul.