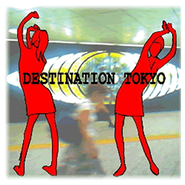 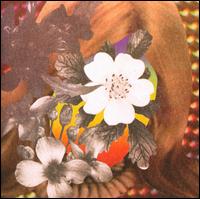 This could have been so much worse. We could have heard this Japanese trio’s neu-metal filtered through a strainer to eliminate the grit and filings that pepper the mix. They could have rooted out some verse-chorus-verse transitions, which are surely buried somewhere in the gargantuan repetition and would’ve forced these songs to become Fu Manchu or something equally boneheaded. They could have given Prefuse 73 a bigger megaphone with which to describe Nissenenmondai as if they were zoo animals, reinforcing the notion that women have no business behind a drum kit or playing muscular music, and let listener guilt overwhelm a good little compilation of sludgy noise-rock.

Boris comparisons are both crass and wrong for reasons obvious and absurd. But also there’s dance here, some kind of disco strangled through a car engine and amplified out the muffler. There’s something more calculated happening than one experiences with Boris’ straightforward musicianship and the self-serious religiosity with which they treat noise. The bands after which some of these songs are named are more than name-checked; both This Heat and Sonic Youth are a good comparison, though the groups stand genres apart. Like the former two, a few subtle decisions in another direction on the aesthetic front and Nissenenmondai might have been transformed into exactly the sort of band their music subsumes, tilts sideways, and makes excessive yet insular.

Neji/Tori collects the group’s two EPs for a North American release and, as is often the case with an assembly-of-convenience, there’s a discernible split in both the listening pattern we’re forced into and quality. Though both EPs are faithful to Nissenenmondai’s marriage of contrapuntal rhythms to smokestack guitars, Neji, and particularly the optimization of “Pop Group,” is surely the wooing of the listener where something like “Kyaaaaaa” demands that you’ve already bought in. The former sets up waves of mechanical strumming and sounds like tubes of copper tumbling from the back of a highway truck in motion against the relentless momentum of Masako Takada’s drums. The latter nearly panders to the otherness with which Nissenenmondai will so problematically be viewed, attempts novelty with animalistic yelps, and suggests that the listener and band remain worlds apart. Asking an instrumental band to sing in their language for the sake of more clearly defining themselves is wrongheaded and prescriptive. But with screaming, “Kyaaaaaa” seems less inventive and more childish than the rest of this music, a disappointment given the sophistication of this varied machine’s sustained chug and bombast, especially in the glorious context of Tori‘s exploding fuzzbox distortion and highly mixed drums. Also, it needs to be said: two near identical, seven minute versions of the otherwise infectious “Ikkyokume” is overkill.

For the most part, though, Neji/Tori serves as both an illustrative introduction to a band that knows how to play dynamics and production against one another, isn’t too elaborative for their own good, and is playful enough to offset the eight minutes of bubbling, two-note bass on “This Heat” with three minutes of sloppy punk harmonics on “Sonic Youth.” This propulsive collection may lack the cohesiveness of a straight-up re-record (though is surprisingly connected compared to other EP collections), but something so fresh, in that torrential sheaves of industrial gunk sort of way, deserves a close listen.