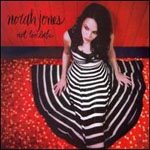 In a recent episode of Extras, Ricky Gervais' somewhat disappointing follow up to his incomparable BBC series The Office, there is a scene in which an actor bashfully admits that he sometimes has trouble figuring out "who's speaking to whom." What he means is that he has trouble separating his character from the person he is in real life, which is an admission so fundamentally nonsensical that it takes a minute to fully absorb. Ostensibly this joke is a radical example of the show's primary conceit -- namely, making celebrities look like utter fuckwits -- but something in this statement resonated with me. I've heard this sentiment honestly expressed only once before in my life, by a girl who claimed that she "didn't get fiction," but such existential hemorrhaging, as ridiculous as it seems on its face, has become central to the idea of celebrity. Andy Kaufman was considered a comic genius because he never broke character. He was supposedly always doing a bit. There was no Andy Kaufman; there was only "Andy Kaufman." I've only ever heard Sacha Baron Cohen speak as himself three times, and I'm a pretty big fan. But these are self-evident examples whose obvious nature belies the salience of the phenomena. The glut of readily accessible information that has come to define this decade, from tabloids to reality shows, has had the near universal effect of blurring beyond recognition the conceptual line between characters and actual humans. What was once delineated is now more of a spectrum with an ever larger group amassing in the middle, straddling where the line used to be. Consider:

Question 2: Can you think of one of the above individuals who can't be accurately summed up in a three-word caption?

Question 3: Do you think Paris Hilton acts that way when she's alone?

Chuck Klosterman has already cleverly made this point, so I'll not belabor it, but it is surprising how consistently it holds true, even in subtle contexts. I've read countless reviews that have equated the social introversion of Norah Jones with the artistic consistency of "Norah Jones." I understand this tendency; it's a ready-made angle from which to write a review. Plus, if she didn't want us to get confused then she shouldn't have used her real name as a band name. As Jones herself attests in "My Dear Country," "The newsmen know what they know / But they / Know even less than what / They say." We're naught but plebeians with press passes, Norah. We get confused.

To associate Norah Jones' private reticence with her onstage persona is indicative of a confusing paradigm shift in our culture, and it is indicative of critics too lazy to search for a decent analogy for her career arc. This would be fine on both counts if they weren't so dead wrong.

It's certainly accurate to say that there are no cataclysmic shifts on Jones' new album, Not Too Late. If anything, these thirteen dusky, charming, and self-contained songs mark a small step in a slow progression. To make the ad hoc connection to hesitance, however, proves to be a mistake. After all, there is a world of difference between this reclusive person and her silken-voiced alter ego.

It is Jones' bronzy, self aware performance on "Sinkin' Soon" that transforms a cheesy depression-era stumble, all muted horn whining and drunken piano antics, into a credible anachronism. Jones transposes the weariness and wariness of that setting onto modern day, issuing a heartfelt if obvious warning against American imperial leanings through pouted crimson lips. She dances a burlesque through a minefield rife with sappy arrangements, managing to make sultry foreboding out of what should be abrasive didacticism. A moment's faltering hesitation would send this song hurtling into the realm of the ridiculous.

But this has always been true. Norah Jones has never been anything but a confident performer, making it all seem effortless, almost unconscious. That quality remains and is only augmented by the fact that Jones wrote or co-wrote every track on this record. The final product is decidedly darker, more varied, and more assertive than either of her previous two releases. We're not talking dark like rhythmic blues melancholia, but full fledged fatalistic musings. "Wish I Could" is penned from the perspective of the widow of a soldier who can't bear to be near any of the places that she used to share with her lover. Jones sings, "Love in a time of war is not fair / He was my man but they didn't care / Sent him far away from here / No goodbye." It isn't the first time that Norah has attempted gravitas, but the alternately vulnerable and bitter intonation here comes from an intimacy between the writing and performance that is best executed by singer/songwriters.

This is not the only such shadow cast over the album. The protagonists from both "Broken" and "Rosie's Lullaby" hint at aching problems that wouldn't likely be solved by the sunny picnics and Sunday sleep-ins advocated by the neighboring songs on the album. In the latter of these a girl takes an evening walk on the beach while the moon and the waves call her to them. It would be a typical Norah Jones tableau if the implication wasn't that we've caught this night wanderer in the midst of serious suicidal contemplation. Again, these aren't just sadness-as-ambience neo-blues sentiments. The narrative breadth is much more developed than moment capturing or sentimental impressionism. It's odd to find these moments among breathy, off-white Jones standards like "Thinking About You" and "Be My Somebody," but this novel incongruity is only further evidence of writerly exploration.

So when I say that, by-in-large, this album sounds like a Norah Jones album, I don't mean that it is holed up in a genre that it's too scared to leave. I mean that it is well-crafted, confident, and eminently inviting. I think it is subtly progressive ("Norah") where most have called it tentative (Norah). I know that we like our superstars to be ostentatious, but we shouldn't punish Norah Jones just because we want to see her on the cover of Rolling Stone more than she wants to be there. It would be a shame if a singular talent like this was harangued away from her strengths with constant taunts of timidity. Yes, there could be more new ground broken in this material, but this does not necessarily equate to artistic diffidence. To insist on that would be to confuse Norah with "Norah," and that's just silly.