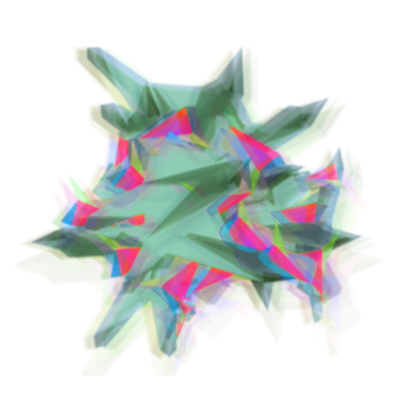 That this collection of Jason Chung’s most notable remixes has been labeled as a 2010 release is irrelevant for a couple reasons. The first is that many of these tracks have seen release over the past half-decade or so; another is that Nosaj Thing’s compositions seem to be the progeny of some womb in which time is irrelevant. “Retro-futurism” is the best term, probably, but it still fits about as snugly as Gucci Mane’s jeans. Chung is of the Los Angeles DJ/producer scene working from within the smoldering, crater-like footprint of Flying Lotus, he whose music requires at least a half dozen hyphens to categorize. The thing is, while FlyLo extends that ineffable style to, like, Alpha Centauri and shit, there are a good number of LA producers—ones who grew up on hip-hop, spent their mid-teens wanting to be the next Primo or RZA, and ended up getting into increasingly weirder stuff—playing around with electro-hop-step (or whatever you want to call it). While Chung’s work is shrouded in the blinding glare of Lotus’ luminescence, it’s worthwhile in its own right.

The straightforwardly titled Remixes runs down the highlights of that worthwhile career; featured here are his remixes of HEALTH’s “Tabloid Sores” and his reworking of Drake’s star-studded “Forever” remix. While the beat on the latter isn’t immense, its minimalism provides a considerably less garish backdrop for the MCs than the original and allows the verses to breathe. This seems to be Chung’s approach to most remixes of rap tracks: peel back obtrusive overproduction and replace it with slinky blips. It’s effective in transforming the songs into something entirely different from their radio counterparts, but it’s not always an improvement. The crown jewel of Chung’s hip-hop remixes bucks that trend, as he outfits Fiddy’s toothless “I Get Money” with burbling dubstep synths and liquid drums. If Curtis has any redeeming qualities, it is his ability to energetically bounce along to a sonorous beat, and Chung provides as much here.

Despite his hip-hop roots, Chung’s most intriguing compositions are actually of indie rock tracks. Rather than replacing guitar lines with washes of electro-gunk, he more often than not creates something entirely new, mangling the singer’s vocals and incorporating them into the mix. The verse-chorus-verse structure is gutted in favor of creating brand new beats from the components of the track (and yeah, with the help of synths). His reworking of “Eyes Closed” abandons Blank Blue’s melancholic, jammy aesthetic for a hollow ballad that creeps uneasily; a ghostly incarnation of lead singer Niki Randa stutters eerily in the background. When Chung elects to leave the vocals somewhat firmly in place, the results can be nearly staggeringly pretty. The stillborn child of Charlotte Gainsbourg and Beck’s fruitless collaboration, “Heaven Can Wait,” is reinvigorated here with glimmering flashes of sound and epileptic drums. With Chung’s help, Gainsbourg finally sounds as sexy and laconic as she’s always strained to be.

Though there is nothing here that one might categorize as invigorating or genre-melting in an exciting way, Remixes asserts that Nosaj Thing and a smattering of other producers are, at the very least, doing something interesting in the City of Angels. While they shift artists and sounds around in their MacBooks, searching for some aural equivalent of Pangea, even their missteps are engrossing experiments (this collection features a three-part Portishead remix that sounds like The Legend of Zelda, a cheesy horror movie, and radio interference all collectively vomiting into a kiddie pool). It’s the production equivalent of extreme sports—a lot of scrapes and bruises for a few moments of climax; a lot of getting back up after falling down.