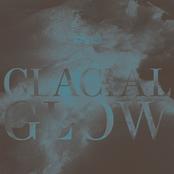 Ambient music seems to be at a bit of an impasse, which is a weird thing to say in a year that’s given us Ravedeath, 1972. This feeling—and at this point that’s all it really is, a feeling—can probably be partially attributed to the fact that indie rock has gone so synthetic over the last three years or so that genres have begun to blur. One prominent example can made of indie pop, which in 2011 correlates less with the shambolic guitar strum of old and more with the synth-based, textural explorations of eras unlived. And with a portion of the old guard—save Tim Hecker—drifting somewhat toward the predictable (Fennesz; Loscil) or completely receding from the spotlight (Stars of the Lid), it’s fallen to a younger generation of analogue fetishists such as Oneohtrix Point Never, Emeralds, and Jonas Reinhardt to tap into this celestial, once-so-novel strand of drone-based ambience.

What I admire about Sarah Lipstate and her newest album as Noveller, then, is how her music seems both of a piece yet completely removed from any of her contemporaries. For one, she isn’t a pin-wheeling synth voyager like, say, Emeralds; nor does she devolve (at least on this release) into the abstract corners of the noise subset like Daniel Lopatin of Oneohtrix occasionally does. Instead, she’s built her compact meditations around clean guitar parts and glistening surface level ambience. Her closest analogs this time out may be Mark McGuire, whose solo work away from Emeralds puts an equally hypnotic focus on guitar, or Liz Harris of Grouper, who emerges from dank soundscapes with patient, emotionally charged chord progressions. It’s a beautiful, enveloping tack, and on Glacial Glow she’s honed the approach into one of the year’s most memorable, seamless sequences of placid ambience and liltingly melodic overtones.

Lipstate, who’s currently based in Brooklyn, has said these songs initially took shape in her bedroom as she worked through each part on guitar, unamplified and unaccompanied. And you can certainly hear her personality as a guitar player shine through in the stark, streamlined results. Ambient music as a genre is, in a sense, background music, but what Lipstate has done so well on Glacial Glow is contrasted the negligible with the concrete in such a manner that the record has played equally well for me as both atmospheric accompaniment and deep listening excursion. In that sense the music embodies both halves its album’s title perfectly: slowly churning pockets of tonal radiance refracting in an array of glistening loops and distending notes. The eight pieces which comprise Glacial Glow tend to establish a theme or pattern only to ride it out in the tradition of modern minimalism. Things never stagnant, however; these tracks hold pleasures deep within their recesses, each gestating calmly, waiting to be excavated.

The whole record takes an equally simple approach to presentation. Song titles are either completely literal (“Entering,” “Ends”) or precisely evocative (“Glacial Wave,” “Alone Star”), while Lipstate corrals what could have been sprawling, intimidating compositions and chisels them into a digestible, tantalizing trip across the tundra; it’s about as compact and approachable an ambient/drone record as you’ll find. Most of my favorite moments on Glacial Glow are found up front: the gently reverberating chords cycling through the light harmonic mist of the brief “Entering”; the negative-space swallowing swells of “Glacial Wave”; and the clipped, bass heavy tones skipping across the pillow-soft keys of “Blue” have all burrowed their way into my memory bank over the past few weeks. On these tracks and at choice moments elsewhere, Lipstate finds the sweet spot between form and expanse, and her deft balance of these two conflicting instincts lends Glacial Glow its patient stride.

The second half of the album is a little bit less direct in its approach, leaning more on the natural beauty of Lipstate’s sonics rather than pronounced melody, but there’s plenty of detail to turn over here as well. The psych-tinged “Alone Star” cascades between Earth-like, barren guitar slides and pregnant pauses bulging with incidental amplifier echo, while “Tuesday Before Poland” proceeds gently as Lipstate’s barely perceptible high notes shimmer against a background of light key sustain. “Waxwing” even rebuilds itself from its own constituent parts, hanging unrelated notes between dynamic, jarring shifts in tone. This is the record’s most collage-like piece, and one of the few intangible moments on an album with a well-considered, linear progression. But it all bears the stamp of Lipstate’s growing assurance as a musician, and its records as distinct as Glacial Glow that may just point the way forward for a genre that can occasionally find itself too comfortable in its own stasis.