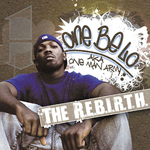 Underground hip-hop is on the verge of utter inconsequence. I haven’t heard a satisfying classic-style album since 2006’s self-titled debut from the Red Giants. Rhymesayers continues to keep backpacks packed, but nobody wears those backpacks anymore—except, I guess, people like Brother Ali. The “next level” shit now seems the sole terrain of Def Jux (as Anticon now has even fewer characteristics of hip-hop than it once had, which leaves it with less than zero), but whatever you think about last year’s El-P and Aesop Rock records, the best two albums the Jux had released since its heyday still lacked the freshness that’s half the point of listening to a Def Jux record. El-P made another El-P album; Ace once again did Ace; water flows toward the ocean, etc. It’d be one thing if these artists were evolving, but tell me there’s significant development from “Daylight” to any track on None Shall Pass or that you really think El-P’s production sounds better now than it did on “Deep Space 9mm” or “T.O.J.” And while keeping fingers crossed for the second Madvillain record (but wondering if we like MF Doom any more or if Madlib even has an A-game) Stones Throw released a bunch of shit which sounded like everything else they’ve ever released. Last year Black Milk put out Popular Demand, a minor success for the underground from a reluctantly underground artist who is notable for his production talent but certainly not his verses.

There was one notable verse on that record, though, courtesy of One Be Lo, one half of legendary underground duo Binary Star, whose Masters of the Universe (2000) remains one of the finest Midwest hip-hop records to creep up from the gutter. In 2005 Lo as solo artist dropped Sonogram, which contains many a fine track but none finer than “Axis.” Know how hip-hop has that whole subgenre of raps that comment on urban decay? “Axis” is one of the best in that category, like an episode of The Wire condensed into three minutes of great music. The first verse travels quickly from Biblical genealogies to race played out on the streets then back into complicated global schisms after which scratching flips meaning on the way its cut drops the song title: “The world keeps turning—turning / The world keeps turning—on its axis.” The second verse pointedly scrawls social failures on levels both personal and institutional while Chic Masters’ beat offers bittersweet impetus. There’s no nonsense to this song. It is thoughtful without being pedantic, passionate without being blustery, One Be Lo measuring his words precisely and his performance intuitively so that they can live within the structure of the music’s bars while weaving fluidly (almost nonchalantly) through its rhythm. This is what a good rapper does.

No song on The Rebirth has quite the impact of “Axis,” but if there’s any that comes close its “Gray.” The emotional chords struck don’t thrum quite as memorably and the sax solos are ill-advised, too highly mixed and interfering too much with the flow, but the core beat is still a beauty with lugubrious bass putting a nice crease on the track’s smooth glide and once again a brightly deconstructed sample comprising the hook (hazy vocal chorus: “Sunrise / Sunset”; One Be Lo: “Sometimes sunshine is only a phase”). The first verse is very much “Axis” part two, but the second verse has One Be Lo applying the “shades of gray” tip to a girl born of an interracial union, then on the third he parses himself as rapper—the nearly interchangeable light and dark sides of rap as art as hustle. Runner-up in the commentary category goes to “Headlines”; the track has a sort of built-in intro where Lo narrates how a caveman thaws out in New York City, where beyond the fact that the caveman’s found himself in a completely different era, he senses something’s “wrong.” After days of watching news and listening to the radio and reading the paper he comes to the conclusion: “They got technology / and they got democracy / But all I can see / Is chaos, monopoly / robbery, mockery, hypocrisy, debauchery.” This is how Lo transitions into his flow and his first person account of picking up a newspaper: we hear his mind burrow into the headlines, tearing them apart. The beat is a big thumper, one-two from the kick to the snare-hat clap while chords descend into a run with vocal clips and organ fills.

The concepts are simple but buoyed by Lo’s impeccable technical ability and rhyme construction, and when he’s not telling whole stories (like “Hip Hop Heaven,” which comes complete with closing twist) he’s still dropping anecdotes. Lo understands that the heady and heavily annotated text of hip-hop should have illustrations, even if sometimes it’s just a pad of sketches like on “Snap Shot.” His depiction of hometown Pontiac, Michigan in “Born & Raised” feels unnaturally thorough for a three minute song and when he starts reaching for history in the final verse he hits a note that resounds across many Michigan cities and even many struggling Midwest cities, taking only a handful of bars to grasp the economic decline of towns dependent on the industry of one or two corporations and what happens when those corporations get too large for those towns. His wordplay is first-tier, even when paying fealty to its sources: “Talk is cheap / but that’ll make you blue light special / The greatest rappers, mummies in tombs, like Pharoahe.” And even when he’s just talking about rolling dice, the way he works number combos (9-5, 6-8, 7-11, etc.) throughout “House Rules” is indicative of an artist who loves his craft. On “Smash” he says “If the record is a smash I can still survive,” but the thing is you know there’s no way it’s a smash when Lo’s rapping on the verses is too clever, when he starts talking about the periodic table and shit. No, it won’t be a smash, but Lo believes in his talent, and he makes us believe in it. Again, this is what a good rapper does. So he will survive. He’s smart; there’s very few times on this record where he shoots himself in the foot, which isn’t even something I could have said about my favorite rap records last year, American Gangster and Desire. And it’s certainly not something I could say about, uh, The Cool.

It might be a bit telling when Lo says on the title track that “beats bang, but the truth bangs harder than that.” This is a rapper’s rap album. Which is a good thing, right, but I think the work of Lo’s production team Trackezoids (and particularly Decompoze) was actually better suited to One Be Lo’s truth than the work done by slightly bigger names like Vitamin D and Jake One. Texture has three great beats on here (“Headlines,” “House Rules,” and the title track), so I think ideally One Be Lo should continue to work with him and Trackezoids and then hopefully squeeze a few beats out of friends Black Milk and Pete Rock (who remixed Sonogram‘s “Deceptacons”) for his next record. There’s a high level of potential that Lo achieves two or three times a record that he then surrounds with solid but unspectacular material. With just a little more focus and a few more beats that bang as hard as “the truth bangs,” Lo could do us the huge favor of bringing his convincing talent to a peak of clarity and purpose. Then maybe it’ll be about time to start putting our ears back to the ground.