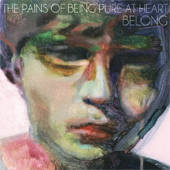 The Pains of Being Pure at Heart: Belong 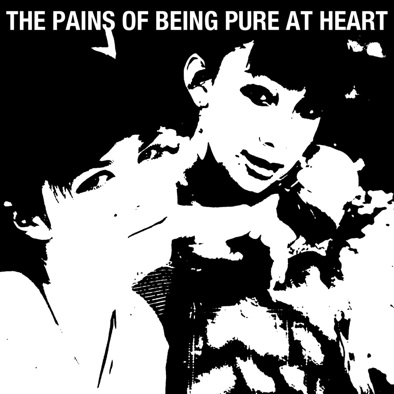 The Pains Of Being Pure At Heart

Given enough time, and bands, every genre expands and stretches to the point of faceless variegation. That new musicians still describe themselves as alternative rock seems like a bad joke (or worse, further donations toward the Billy Corgan Continuing Relevance Fund)—and indie rock, for better or worse, is likely heading in the same direction. Indie pop, or twee, had such identity issues from the start: the U.K. scene codified by the NME’s 1986 C86 tape and labels such as Sarah Records in the ’80s was, sonically, a largely different animal than its early ’90s American cousin, which centered on noisier recordings and a less aloof approach. A decade or so later, extending the genre from the Field Mice to Belle & Sebastian to, well, Los Campesinos! makes for a knotty family tree.

Yet it’s the shared influence of this muddied bloodline that makes the Pains of Being Pure at Heart’s debut album so definitively indie pop—it’s an album that could be called little else. And though it carries the domestic cred of a release on Slumberland Records—the newly resurgent Northern California label whose lofty, four-tracked catalog includes seminal releases by Velocity Girl, the Softies, and Rocketship—the band cribs plenty from its foreign forebears as well. With a voice that instantly recalls the Field Mices’ Robert Wratten, frontman Kip Berman sings with a detached, affected British accent that oozes calm and cool even as treble-heavy guitar chords jangle nervously, relentlessly, underneath him. (And of course as he sings about the trademark Euro-twee topics of books, film, wasted summers, and third-person teenage love—but not his own).

It’s a classic Sarah Records device: divorce the singer from the emotions, even as the music gives in wholeheartedly to unrequited longing. The lyrics take a similar tack. In “Young Adult Friction,” the best song about library-related public lovemaking since the Clientele’s “Bookstore Casanova,” Kip deadpans, “I never thought I would come of age / Let alone on a moldy page.” It’s a funny line but he plays it without melodrama, which—no offense to Morrissey—is for the better. There’s the occasional collegiate pun (“Tenure Itch” can only be aimed at corduroy-jacketed men with elbow patches; Stuart Murdoch is currently cursing himself over being beat to it), even at their most jaunty, as on the Cure-like “Teenager In Love,” the band’s concerns tend toward serious narratives: the teenager loves Christ and heroin. The writing is more observational than deeply felt, eschewing the Pacific Northwest twee’s diary-page missives in favor of a British stiff upper lip.

While these traits and tracks like “Come Saturday” and “A Teenager In Love” belie the band’s U.S. origins, where Pains captures that American gusto is in their boundless energy. Through the album’s first half the songs burst forward like preschool kids running for recess, or Tiger Trap circa 1993. The pace is a little exhausting, especially given the engine beneath the insistent tempos; most of the songs hinge on a bricklike electric guitar that chugs, almost tunelessly, under the chiming chords of the less-distorted axes. The underlying noise grounds the album in the Jesus and Mary Chain’s proto-shoegaze, even as it nods toward the fuzzy discographies of bands like Tiger Trap and Rocketship, and it’s an effective move—when noise drops out, as it does in the verses of “This Love is Fucking Right,” or entirely in “A Teenager in Love,” it’s as powerfully felt as when it barrels in on “Young Adult Friction.”

One can’t fault a band for writing rock songs, but even over ten tracks the upbeat onslaught begins to blend a bit—another ballad in the third or fourth spot would’ve served the album well. Still, from song to song, the band’s attention to craft never falters. There’s not a sloppy moment in the blisteringly paced “This Love Is Fucking Right,” even as the searing guitars threaten to explode through their amps. One can only hope it’s as simultaneously refined and face-melting live.

It bears mentioning that the band hails from the decidedly un-twee Brooklyn and arrives on an awkward hype train conducted by the borough’s bloggerati (a certain New York-dwelling website editor-in-chief infamously described them as “lo-fi” in a surreal recent ABC News guest-segment; a spin on decent speakers reveals exceedingly well-recorded, softly reverb-dabbed production and some very distorted amplifiers). But the album’s accompanying trappings do little to dull its impressiveness or the band’s command of its lineage. While recent acts such as Vivian Girls have tugged at the coattails of indie pop past, the Pains of Being Pure at Heart seem to be true students of the genre’s best moments from both sides of the Atlantic. There may be more for them to learn, but on this first test, they pass with flying colors.