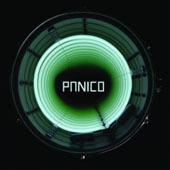 With summer now gone and the nights growing longer, there are at least two new things to look forward to (especially if you don’t work nights). One is the prize to see who gets First Premature Christmas Commercial of the Year; the other is the annual spurt of spotless Chemikal Underground records that always roll out every October. It’s become a quiet tradition now, and despite the label being based in central Glasgow—the place where winter truly begins—Chemikal have a knack for recruiting overseas when it comes to finding anti-winter albums.

This year they turn to Chile, home of several recent scoops (buried miners, spying on Peru, Oscar-tipped films about disco nuts) and have just signed ex-pat rockers Panico, a quintet named after the world’s greatest actor in a momentary bout of dyslexia. They were pretty hot stuff around their native Santiago and are now shaking the tree in France, where their mix of shouting rock fisticuffs and solid pop beats has gone down like a well-received lorry strike. In Glasgow it’ll go down even better: now that the fireworks are back on sale, I can think of no greater soundtrack to the timeless rocket-in-a-phone-box gag than these ten amp-busting wrecking balls, each as manic/oddly decadent as Bryan Ferry being plied with Bacardi.

Another French emigrant, the novelist Tim Earnshaw, once wrote a piece about what he calls “The Beat”: sudden, unconsciously ecstatic communion, a little social orgasm where everything sounds together. Kick is The Beat given drums, and deserves to be played when the first happy ripple sweeps through the crowd at the bar. From the industrial crawling of opener “Illumination,” which shares the same swamp grin as the Phantom Band but with a Tony Montana accent behind it, to “Distant Shores“’ lament for unpicked-up party girls, Kick is a drunken slug in the guts, and one that only aches when you’re miserable.

Recorded in the same studio as the first Franz Ferdinand LPs, Kick employs the same angular air guitar vibe while piling on the thumps and distortion. Many other vocalists would go hoarse trying to keep up after the first three couplets, but Eduardo “Edu” throbs with small-man adrenaline, and somehow stays afloat in the mix. “Bright lights, big cities / You’ll be walking strange / Sister Sister / Can you hear me?” he booms on “Bright Lights,” sounding like a stalker on a doomed quest to pin down the once-famous Mowry twins. Accompanying him, guitarist Memo and noise-maker Squat produce sliding voodoo effects which climax just as Edu hits the chorus, howling, “No one should see what I did that night.” Maybe his Sister, Sister quest took him into those snuff cinemas you find at night behind train stations. Maybe the last late-night bar in town finally asked him to pay off his tab and leave.

How much the sober can take from Kick, however, depends on their appetite for loud cathartic rumbling. Make no mistake, there’s considerable skill on display here; not everyone can jump from bistro acoustics to the 4/4 riffing of “Waka Chiki,” let alone do it while holding together a pop melody. But you need to be in The Beat to fall in love with Panico, as their introspection stays hidden deep. Eduardo’s booze-hound obnoxiousness is played mostly for laughs, and when he sings, “Was it something I said?” against the surf frills, fire alarms, and brain-rattling blur of “Agodon,” you can feel the tongue bulging around in his cheek. Likewise, on the intravenous mischief of “I Wanna Be Your Needle,” where his focus switches to lust—lust with a cowbell. It’s on moments like these where Panico excel, dishing out computer squeals and hard jams.

Sometimes the happy-go-lucky brawler spirit is truly irresistible, such as on “Icon”‘s immense Latin riff, which sends U2’s “Vertigo” scuttling (you can even hear percussionist Seba kick over some of the Edge’s dustbins). It’s one of many moments of pure exultation, and despite knowing that you’re going to wake up with a head like a traffic light, it feels really fucking good. That’s the part of The Beat where Kick begins to reign: that lost sloppy minute where a drunk’s spraying spittle in your face but telling you something incredible. If you can stomach 43 of those, you’ll get Panico, and you’ll get ‘em good. If you’ve got work in the morning and are on the orange juice, though, I recommend packing earplugs and a handkerchief.