1. Thank Me With Your Hands 2. It’s Not the Heat It’s the Humility 3. Post-Fascist Fantasies 4. Sexist Not Sexy 5. Don’t Be a Dick

Other Records by Panthers 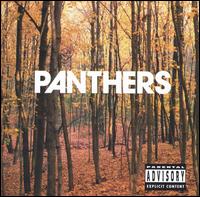 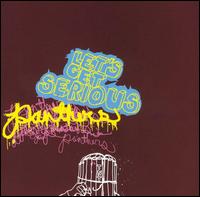 So I don't normally review EP's, because, as is patently obvious, they're not full records. Now, the fact that I got this at all was pure chance, because I went to Tower Records (GOD it sucks so much) and was looking for Giddy Motors. And I mean, fuck, for all the apparent music-obsessives that seem to work behind the front desk, these guys are a load of ignorant morons who don't know the indie scene from the country scene. In fact, not ONCE have I ever walked into that store and one of the guys who worked there knew what I was looking for, or had even HEARD of the band. Now, I'll cut you slack for not having *heard* a band, but never having heard *of* bands like The Rapture, or !!!, or even Built To Spill, is atrocious. Anyway, bitching aside, it was of course the case that I could not find Giddy Motors' Make It Pop. My good buddy Todd recommended !!!'s EP Me and Giuliani Down By The Schoolyard, so I'm thinking, OK, maybe there is some redemption to be had there...nope. The guy doesn't even know where they'd file it. OK. It's still cool. I just perused the entire rock section thinking, there must be SOMETHING here. Lo and behold, there were Panthers, with their EP, Let's Get Serious. Now, a lot of my fave e-zines ripped their first effort to SHREDS (Are You Down? Most were not.) and I was apprehensive about picking up the new EP. But I had heard good things. And so I dished out no less than 10 bucks (for an EP???!!!) and put that disc in my car soon as I left the store with my disgust meter mitigated by having found a potential winner.

I'll tell you right now, the first track, "Thank Me With Your Hands," is currently my favorite song of the year. The composition of this song is absolutely killer, starting off with sharp drumming and a vicious bass and guitar hook, before lead man David Yow's voice cuts through the mix like a rusty blade, and is immediately complemented by another guitar's licks to make a triple-layered hook, and then, buzzsaw distortion of the guitars slaughters the initially (barely) clean sound, and as the drums pound an intensifying rhythm to a faster beat, Yow's voice shreds itself to distorted shouting. The sound is killer, rippling with dangerous energy, and then kicks into more hooks and a fleshed out sound before it drops back and Yow says "Let's not talk about it, we never did so why start now, let's just go back to your place and not talk about it..." The first hook evolves so that the first guitar is goes from multiples notes in short spans of time to sustained, high-range notes, the song builds again to buzzsaws and brutal melody again, with Yow's voice struggling to get above the mix, and then drops once more. Then the beginnings of its climax begin, with just the bass and sustained guitar being joined by that awesome second guitar and the drums getting pounded. As the hammering intensifies, everything absolutely fucking explodes, and both guitars are wrecked before THE MOST FUCKING AWESOME RHYTHM-AND-GUITAR COMEBACK EVER (OK, maybe not ever, but it's absolutely awesome) absolutely rocks you beyond anything you would have expected, and the rabid drums are driving the last hooks so deep into your head that you can feel your brain leaking out your ears. It's that good.

This is an impossible high to keep up, and so my terror was that the rest of the disc would simply flop under the wait of the initial mind-blower of a track. But, bless the Panthers, it doesn't. Sure, it's not up to that initial orgasmic assault, but each of the following tracks, especially the second one, "It's Not the Heat It's the Humidity," are excellent, bristling with livewire energy that is obviously rerouted through these guys' massive amps.

Biggest asset here is probably these guys' perfect use of their two guitars to play off one another and put together brutal hooks and head-rocking interplay, not to mention the insanely creative guitar and percussion, the mastery of which is like sweet mouth shattering hard candy, or something.

I dunno, but if Panthers can come out of this with an LP that keeps this kind of consistent quality up, they'll be in the upper echelon's of everyone's top-of-the-year lists, including mine (seriously, they'll be looking at a top-5 spot at the minimum, if they deliver on this promise). The fact that they can conjure such energy and variation, both between songs and inside the songs themselves, using tempo changes and guitar warping to spice of the mix, is nothing short of praiseworthy. I don't know that I'll ever listen to their first LP (who knows, I might download it), but my God, what a kick in the ass this disc is. Best $10 I spent in a long time. Tower just got some serious brownie points, though the fuckers don't deserve it.