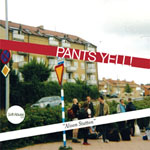 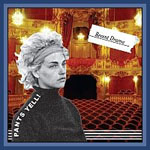 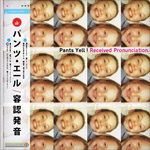 There’s an undeniable sweetness to any song that facilitates an introductory handshake between its subjects and its listeners. It’s a quality that recalls early Weezer tracks like “Suzanne,” “Jamie,” and “Mykel & Carli”: plaintive, first-name-basis character studies that celebrate things like friendship, brownies, and hanging out in a way that’s sincere and pleasant but never excessively twee. Of course, this subtlety evaporated from Weezer’s songwriting faster than you could say “Raditude” in an alternate universe wherein you could actually bring yourself to say that word aloud. (This is a quality in Weezer’s music that—based upon the most immaculately timed departure in the history of popular music, as well as bright spots on Return of the Rentals [1995]—a lot of people conveniently attribute entirely to Matt Sharp. Seriously, that guy could not have cashed in his chips at a better moment.) These songs’ subject matter might seem slight (though CMG blood has been spilt over the true meaning behind the Dismemberment Plan’s sometimes-bitter, sometimes-wise “Ellen and Ben”), but there’s something refreshing, inviting, and downright friendly about how, in just the span of just three minutes, we feel not only that we’re friends of P., but that we’re so down with his whole crew that we’re totally going to get an invite to his birthday party.

“Frank and Sandy,” the terrific opener on Pants Yell!‘s Received Pronunciation, greets the listener with this exceedingly rare air of cordiality and it sets the tone for an albums’ worth of similarly amiable pop gems. “Thank you Frank and Sandy,” vocalist/guitarist Andrew Churchman begins decorously. “A headache never felt so good / I’m glad I had more gin than candy.” You don’t feel like you’re listening to a description of the death of a delightfully ordinary evening so much as you feel like you’re at the party with them, gathering empty glasses and stacking them in the sink without even being asked and beginning to feel the first tinges of a pliable, benevolent hangover. Musically, the song does nothing do aggravate this delicate feeling; imagine a Lucksmiths song whose jangle has been slowed to half speed. A guitar line noodles lazily in the background, and the cymbals crash so gently it’s as though they’re fluttering in the breeze.

Pants Yell! have made a career of this sort of thing, piecing together scraps of everyday minutiae to create understated indie pop that both winks at and contradicts their eponymous punctuation mark. Whereas Alison Statton (2007) supplemented this formula with the occasional flourish of horns, organs, and other common tools of the iPop trade, Received Pronunciation reduces the band to its most basic elements, and the result is perhaps their tightest record yet. Check “Cold Hands” for such efficiency: Churchman’s guitar chugs commandingly as he spins a tale of longing and moving on that’s as heartfelt as it is succinct (“I was young, that I was selfish, that I was in love, but now I’m over it”).

The closest the record comes to a shout is the standout track “Marble Staircase.” Lead by a blistering riff that’s quickly buried in a flurry of cymbals, the song agilely slips into a mid-tempo swoon before being propelled forward again by a bustle of handclaps building to an enthralling crescendo. Even the following track, the languishing “Not Wrong,” is a bit of an unwelcome yawn in comparison. But Received Pronunciation regains its momentum in its final moments with the closer “To Take,” which boasts a lively instrumental conclusion. “What’s the point of all this working? / Working’s all I ever do,” Churchman dolefully observes. With less of the occasional childlike charm their previous releases dabbled in, Received Pronunciation is a record grounded in the disappointments of adulthood and the brief, sublime moments when they disappear.

Pants Yell! claim Received Pronunciation will be their last record. And pending that they don’t go all H.O.V.A. on our asses, it makes for a fittingly modest swan song. The band’s always had humble ambitions; they’ve never aspired to create bombastic pop anthems, and none of the songs on this record soar to the heights that a great, anthemic power pop song can hit when given a long runway. Pants Yell! aren’t interested in that. But they’re also not interested in writing a “Beverly Hills,” either, and when you look at it that way you really start to see how slightness can be a virtue.